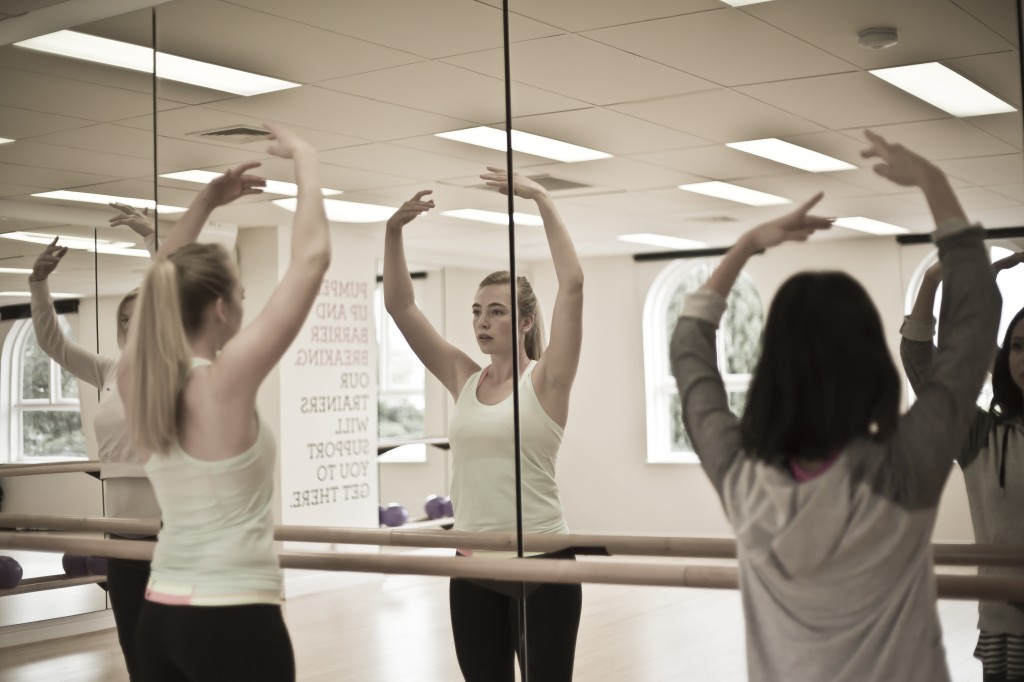 Just because you’ve never dreamed of jeté-ing across a stage as Odette or Giselle, doesn’t mean you can’t look like you could. For her performance as a ballerina in Black Swan, Natalie Portman prepared like one, training for eight hours a day, six days a week with Mary Helen Bowers, former member of the New York City Ballet. If the thought of that sends you into a pirouetting panic, don’t fret; instead, make for a KX Barre class – no shiny leotard required.

Be warned, if you head to a KX Barre class expecting tutus and Tchaikovsky, prepare to be disappointed. ‘People get really freaked out about the concept of Barre,’ explains Christine Zotos, owner and trainer at KX Pilates Kew, ‘They expect Centre Stage and that’s not what it is. Barre is about fitness, dynamic fitness.’ So what is this movement that has women – Helena Christensen, Margot Robbie and Alexa Chung included – ditching their downward dogs for demi-pliés? Barre is a complete body workout that pulls exercises from established Pilates, yoga and ballet techniques. Classes are low-impact and high intensity, relying on your bodyweight for resistance, as well as small hand-weights, balls and yoga straps to strengthen and lengthen the body. 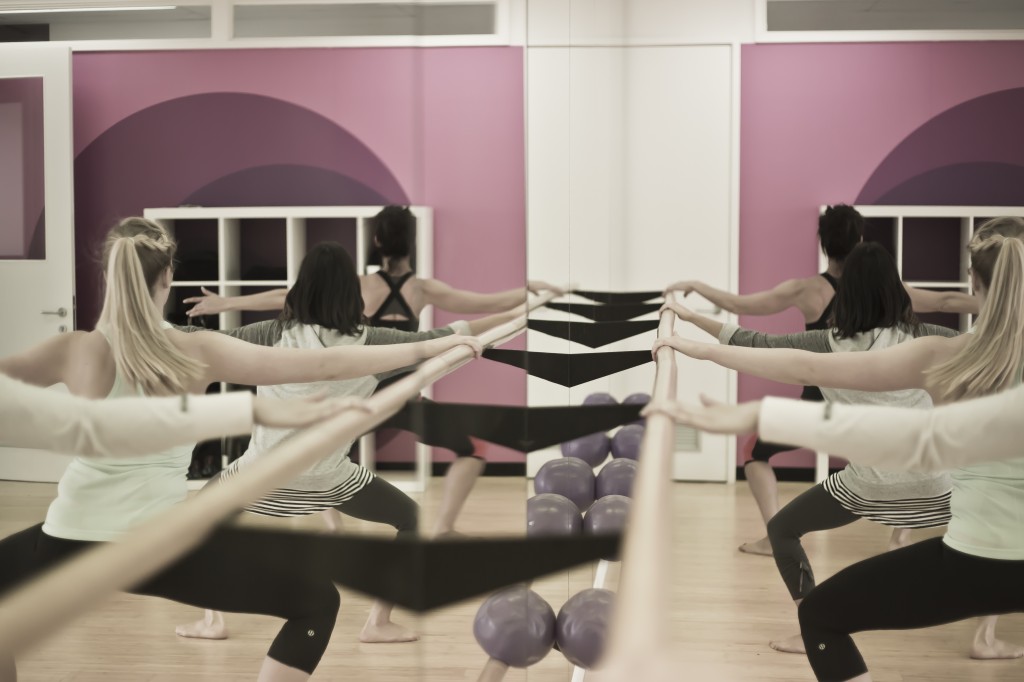 It’s not hard to see why women covet the willowy physique of a ballerina. With their sculpted muscles, streamlined gams, taut tummies and pert tushes, ballerinas have long been a source of fitspiration. To achieve such a feat, KX Barre classes tone, stretch, straighten and challenge the entire body, engaging major muscle groups – and ones you didn’t know you had – and introducing bursts of ballet-inspired cardio. This interval training increases fat burning and gives your metabolism a serious boost. The outcome? Results that come on quicker. ‘The exercises we use are really holistic,’ says Alicia Attwood, a KX Barre trainer, ‘They strengthen every part of the body…Even if we’re just doing legs, we’re stilling working the rest of the body at the same time.’ 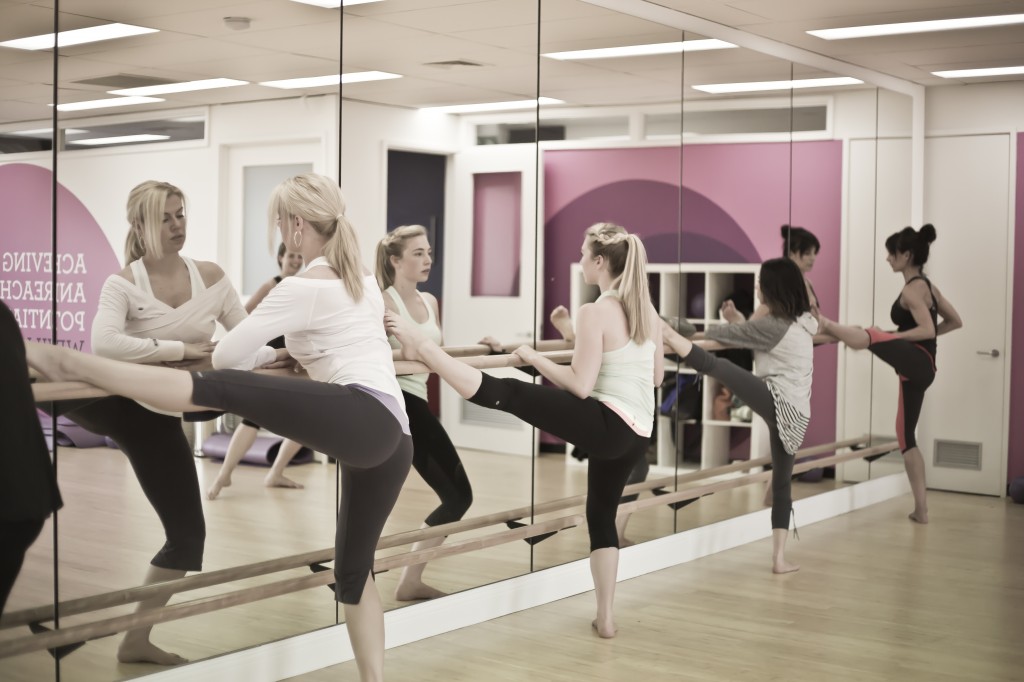 A KX Sculpt Barre class begins with a series of easy-to-follow, fluid warm up exercises and there’s nary a nutcracker in sight. Against a background of upbeat music and calls of ‘pulse, pulse, pulse’ from Alicia, the class moves through shoulder rotations with hand-weights, raised squats and pushups; then it was time to hit the barre. Trying to remember the positions I had learned as a five year old, it took several fumbling attempts before I picked up the sequences; for those unfamiliar with feet placement, trainers are quick to guide you through the correct ways to turn out hips and angle feet. I was mid-plié when the pointe shoe dropped: getting the bod of a ballerina was hard work. Already my legs resembled quivering jelly – a good thing, I was later told, the shakes help with the toning – and I was gripping the barre for balance. To (thankfully) break up the passes and positions, the class continued onto mat and floor work, before a set of final stretches and cool down.

You don’t have to be a sugarplum fairy to have a go at KX Barre. ‘Most people I teach have never taken a ballet class, even when they were little,’ Alicia explains, ‘And the first thing they often say is that it wasn’t what they expected.’ It’s not just the young and (semi) flexible that attend Barre, KX has a client base that ranges from 16 to 65. And for those with injuries? That’s not a problem. Trainers can tailor exercises around troublesome knees, weak ankles, aching backs or those that just can’t stomach another second of full plank. Alicia has many clients who work in an office environment and sees the benefits Barre has on hunched shoulders and kinked necks. ‘We work on posture, ribs and the way you hold yourself…[and] clients are finding they don’t have such severe back problems anymore. With Barre you stand so much taller and it’s those little things that make a difference.’ 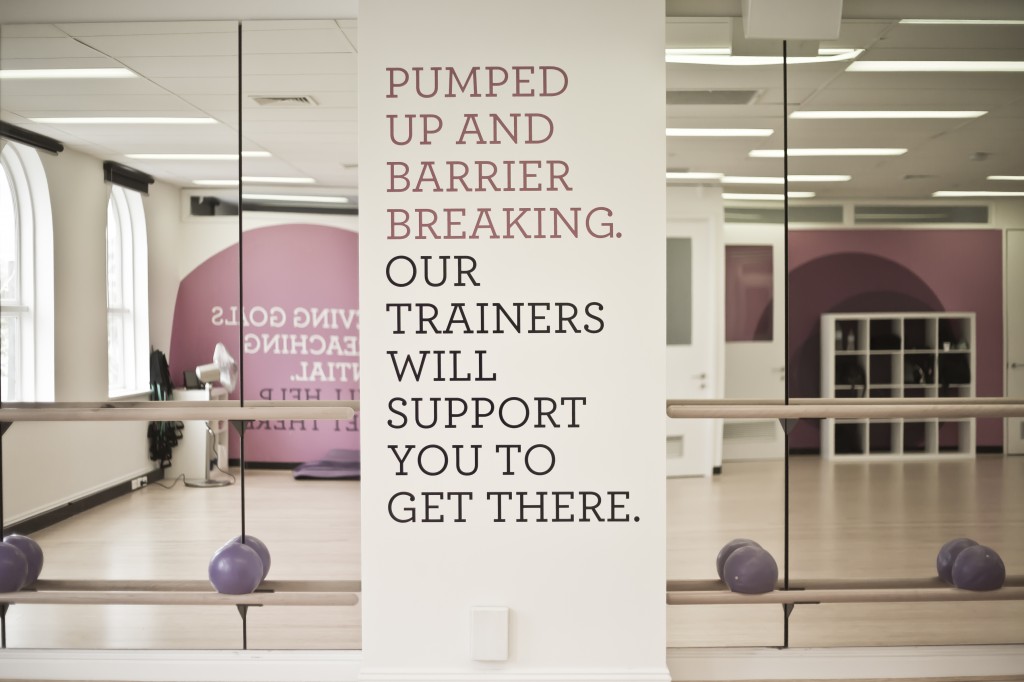 KX Barre Studios offer two fifty-minute variations on their Barre class. Sculpt is designed for all levels and abilities, where instructors emphasise technique, form and alignment. These classes focus on resistance at a slower pace to guarantee every muscle is worked. Barre Cardio is a step up and Alicia recommends attending six Sculpt sessions before tackling these fat-frying workouts. ‘The classes are based on Sculpt exercises,’ says Alicia, ‘We include more muscle groups into one exercise. And then we introduce high-intensity cardio like 30 seconds of burpees or star jumps.’ Barre Bump and Barre Baby classes are also available.