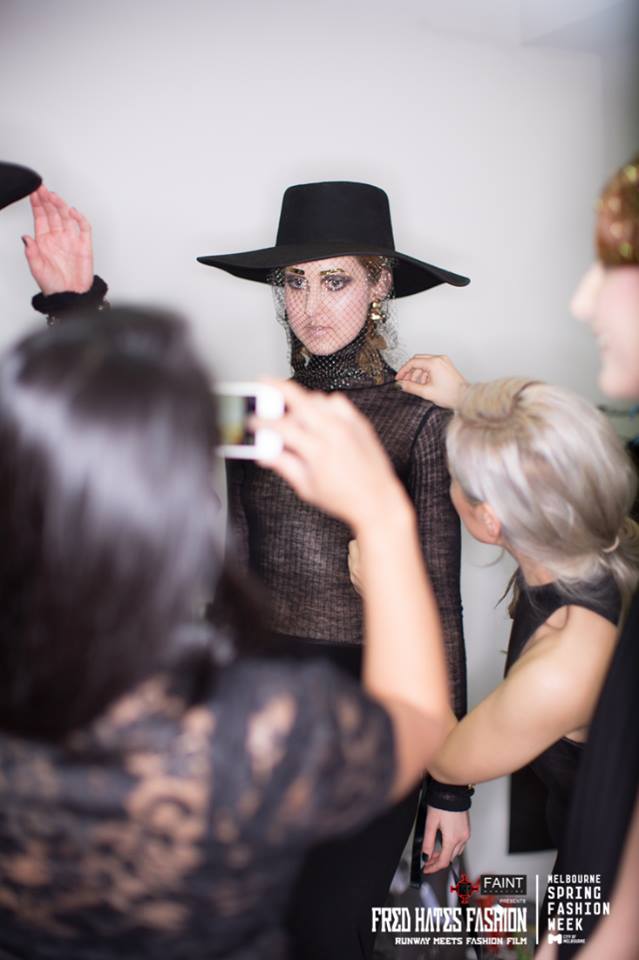 Fred Hates Fashion welcomed over 800 fashion haters and lovers to 524 Flinders St, and even turned a blind eye to a large number of fence jumpers. Two hours after the line-up began the crowd were in the venue for the 9:30 start of the underground fashion film-meets-runway event of the Spring.

The modern minimalist warehouse at 524 Flinders with makeshift outdoor courtyard formed in the blocked off side alley complete with Taco Van was the perfect canvass for the creativity on show. The warehouse was turned to darkness and the show kicked off with a knockout opening film, matched with the grinding bass sounds of Neon Radio.

7 fashion films and 7 local designer collections were put on show to an insatiable crowd of fashion lovers and haters, many of whom wore their own artistic creations. Designers featured include Aaizel, Edgeley x Tusler bags, Damien Yip, IDOL, Joseph Jang, Et al and Aleem Yusuf. A special UV performance by Lizzie Sharp (Head of Makeup & Hair) took the crowd away with her signature futuristic avant garde looks. 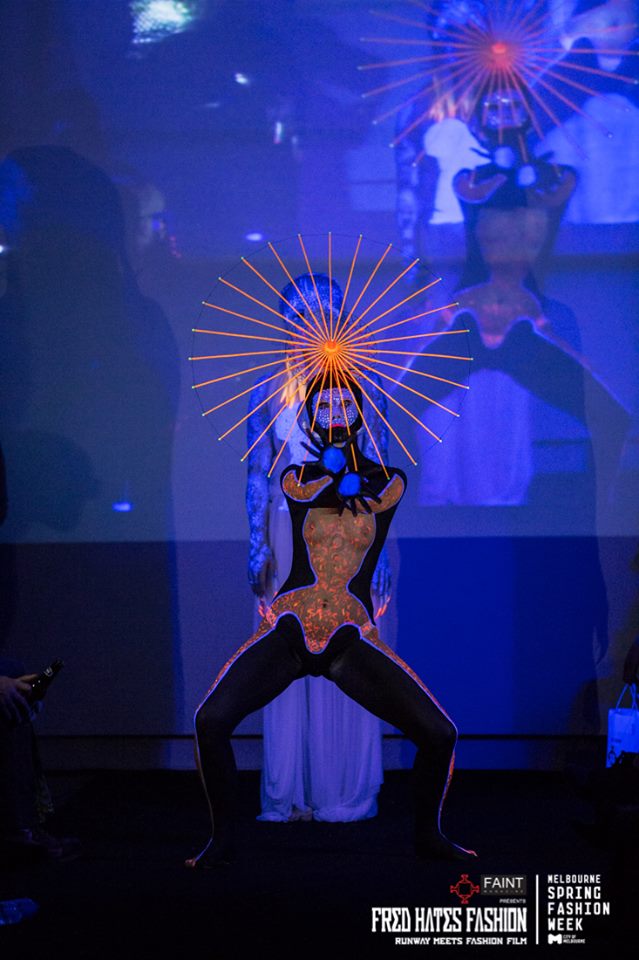 Creative Co-Director Hinny Tran said of the event, “It was the sort of party that Dani and I would never get invited to. It was so damn good grinding with the crowd. It was awesome that so many lovers and haters of fashion let loose and felt safe. All of the creative team really felt like family by the end of the three month creative process. Hopefully the expectation generated by Fred Hates Fashion for our local Melbourne designers and creative artists will inevitably be fulfilled.”

And what can we expect for 2015? “A line up is starting to take shape, but its too early to say it’s a go-er. You’ll just have to wait and see.”