Spring is just around the corner, which means Melbournians can look forward to beginning of the Spring Racing Carnival, one of the most anticipated events in this city’s social calendar. To celebrate the launch of the 2013 BMW Caulfield Cup Carnival, the Melbourne Racing Club held a star-studded gala dinner at Peninsula in Melbourne’s Docklands.

Hosted by Channel Seven personalities Jennifer Keyte and Mark Beretta, guests were treated to pre-drinks before sitting down for official announcements about what to expect from this year’s carnival.

Erika Heynatz was officially revealed as this year’s Caulfield Style Ambassador. She spoke to Jennifer about her style tips for this year’s carnival which included avoiding looking orange when applying fake tan and making sure you dress appropriately for the racing track (it’s not a night club!). Key trends to look out for will be monochrome and metallics. 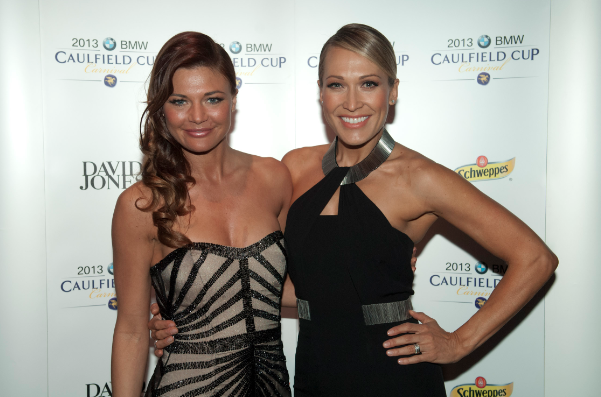 Poet, and one of Australia’s top wordsmiths Rupert McCall, recited a powerful piece he had written especially for the BMW Caulfield Cup. Images from past events flashed across the big screen behind him, really setting the mood for the racing season ahead.

To end the formal proceedings of the night, up-and-coming singer Chloe Maggs who will be soon off to the UK to record her debut album, performed alongside a troupe of dancers, really celebrating the fashion aspect of the spring racing season. 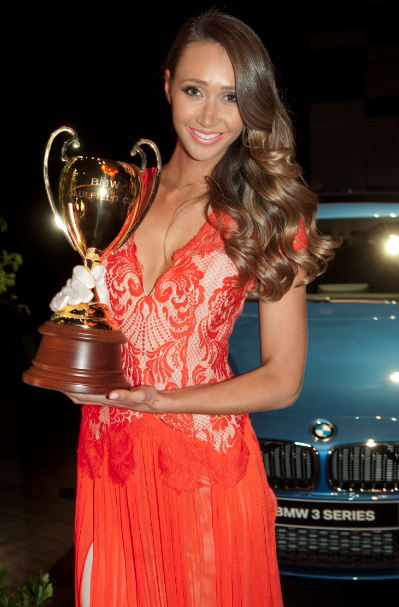 Guest then moved to an area of Peninsula which was set up to mimic the outdoor set up at the Spring Racing Carnival. Bright chairs and tables were peppered with beautiful blooms, the latest cars from sponsor BMW were on display, sponsor Schwepps provided custom cocktails and celebrity chef Ian Curley served up delectable delights which will be on the menu at his newly opened restaurant at the Caulfield Racecourse, Black Caviar.

Last night was the perfect way to kick off this year’s Spring Racing Carnival. Stay tuned to Couturing.com for all your Spring Racing coverage.