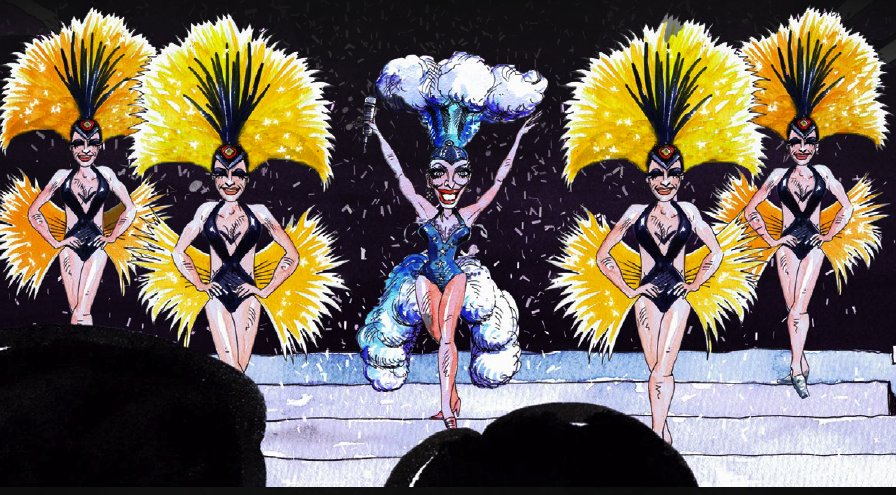 The serendipitous moment where two people from very different worlds meet can have a profound effect on what’s to come. Australian Encounters, a new ten part series, based upon the Encounters column in The Monthly Magazine, explores ten historic encounters between well-known Australians and international figures.

Narrated by none other than Geoffrey Rush, the animated series reveals how two renowned figures met and what exactly happened. Spanning a time period of one hundred years, the series goes as far back as the 1880’s, with the meeting between Ned Kelly and Redmond Barry.

Created by Duncan Imberger and Josh Moore, Australian Encounters is as informative as it is entertaining, focusing on many areas of Australian culture, from Aboriginal Rights, to World War 1 to popular culture. The animations are painstakingly hand drawn by Chris Grosz, using pens and water colours.

So if you want to find out how exactly Kamahl met Rupert Murdoch or what happened when George Johnston and Leonard Cohen met on Greek Island, you can find out on Tuesdays at 6.55pm.

Australian Encounters airs on the 30th July, 6.55pm on ABC1.