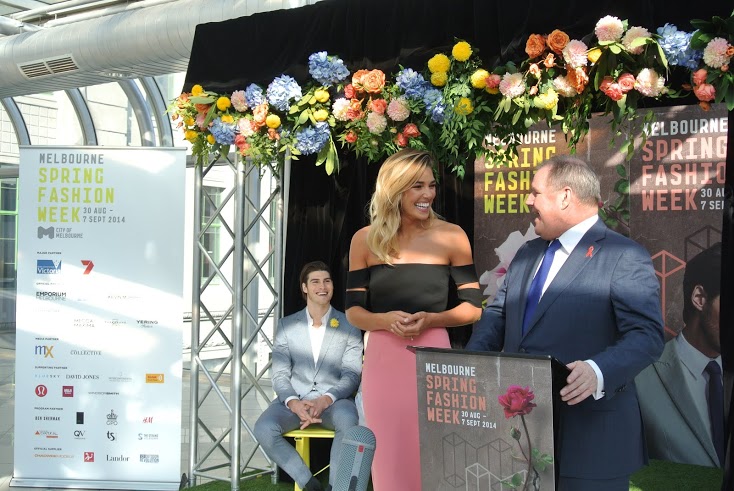 With the bridge between Melbourne Central and The Emporium immaculately decorated in spring florals, the Lord Mayor lead the celebration by praising the work of our local creatives, and highlighting MSFW’s 20 year run. “MSFW is an event that is truly Melbourne and one that has gone from strength to strength over the last 20 years,” said the Lord Mayor.

“More than 75 per cent of our designers, talent and production teams are based here in Melbourne and as always, 100 per cent of what you see on the runway you can buy in store.”

Ambassador for this year, continuing the family tradition set by her sister, Ashley was quick to express her excitement, saying she was “so excited to be home. I’m from Melbourne…it’s my favourite city, and Spring is my favourite time to be home…I’m in my element!”, she said with a laugh.

“We are delighted to have Ashley Hart as the Ambassador for MSFW’s 20th birthday. Ashley represents the home-grown talent MSFW promotes and she is the epitome of Australian fashion,” said the Lord Mayor.