There’s a lot happening in the world of drinks and we’ve rounded up our top picks this week.

GINSECCO, THE NEW DRINK YOU NEED 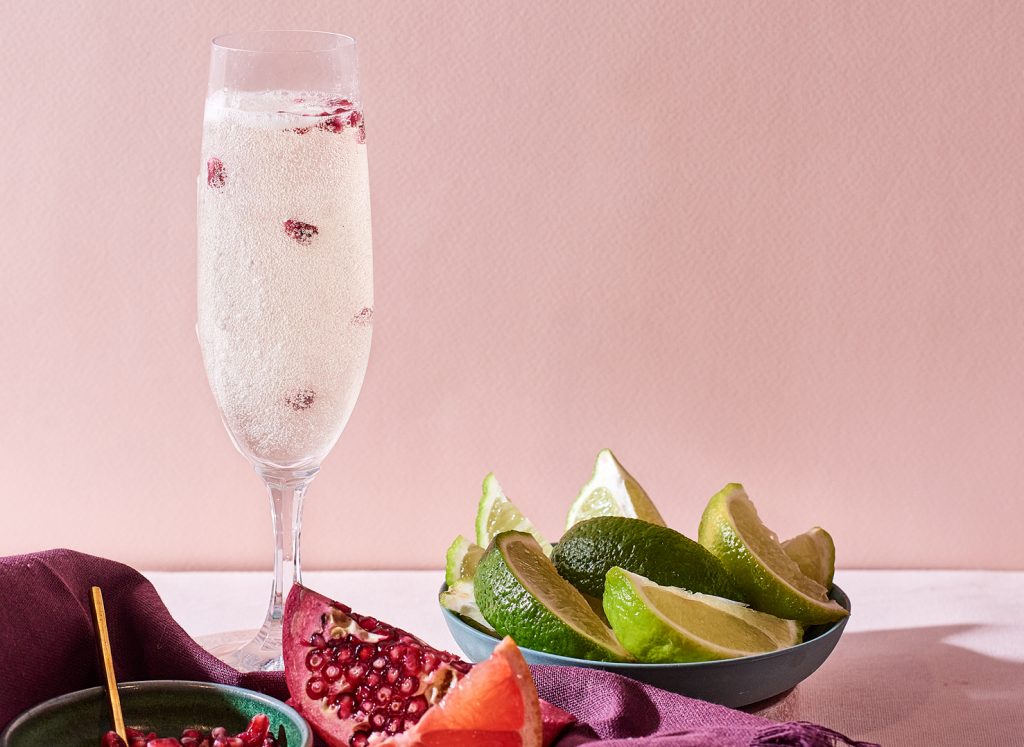 For the past few summers, Aperol Spritz has been unstoppable as the warm weather tipple of choice, but this year, there’s a strong contender.  Whitley Neill Gin’s Global Ambassador, Devin Tomlinson has spent the last few months travelling the world, noting a resurgence of brunch culture and light, refreshing drinks such as the Ginsecco in places like Dubai, London and New York. Given Australia’s passion for a good breakfast, he suggests that brunch is a natural next step and will be trending within the next few months.
“Combining two of arguably the most dominant categories trending in global markets, this will definitely be one-to-watch through the coming summer seasons. Ginsecco works beautifully with high strength, high flavour gins, almost mimicking the famous international cocktail, the French 75. It’s light, flavourful and easy to make at home – what more could you want.”
Whitley Neill Gin’s signature “Ginsecco” serve with Rhubarb & Ginger is garnished with a fresh lemon zest and mint clap, while the Whitley Neill Original works best with a touch of Aperol, fresh orange and a dash of Angosturra Bitters. There are a range of other flavoured gins from Whitley Neill that each add their own magic to the Ginsecco experience, such as Blood Orange, Raspberry and Pink Grapefruit.
The Whitley Neill Handcrafted Dry Gin and flavoured gins such as Rhubarb & Ginger, Blood Orange, Pink Grapefruit, Raspberry and Quince will be available from select retailers and venues for $59.99 in September. Currently a small flavour selection is available from select Dan Murphy’s stores and online.
YOUNG & CO RELEASE LIP-SMACKING NEW WINE 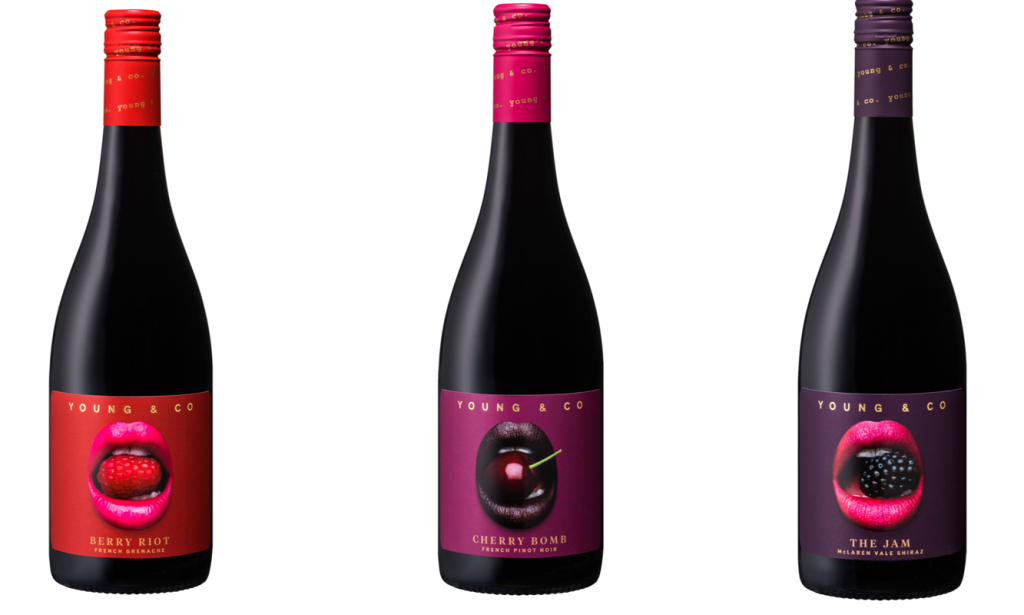 Flavour, fashion and flair are not the usual descriptors used to discuss wine, but this is exactly what adventurous new wine brand Young & Co achieves with its luscious lip-smacking new range. Launching this month under the Constellation Brands New Zealand portfolio, the range includes three red wines – “The Jam” Shiraz, “Cherry Bomb” Pinot Noir and “Berry Riot” Grenache – while a rosé, along with white varietals, will follow later this year.
Promising a flavour sensation in every glass, the bold and disruptive Young & Co labels were designed to embrace the hero taste characteristics of the varietal and assist those new to wine to find a flavour that appeals. Sourced from some of the world’s leading wine regions, from McLaren Vale in Australia to the south of France, the range delivers a perfect balance of style and sass while bursting with rich favours sure to tantalise tastebuds. The
Jam McLaren Vale Shiraz evokes an abundance of fruit flavour and real blackberry taste sensation, Cherry Bomb French Pinot Noir is packed with sweet cherry flavours creating a real taste explosion and Berry Riot French Grenache flaunts sweet raspberry and subtle spice making for a perfect pairing with tasty ethnic dishes.
Young & Co will be available in BWS nationally from mid-June 2019 and retail for $23 (RRP).
GARYVEE’S EMPATHY WINES LAUNCHES 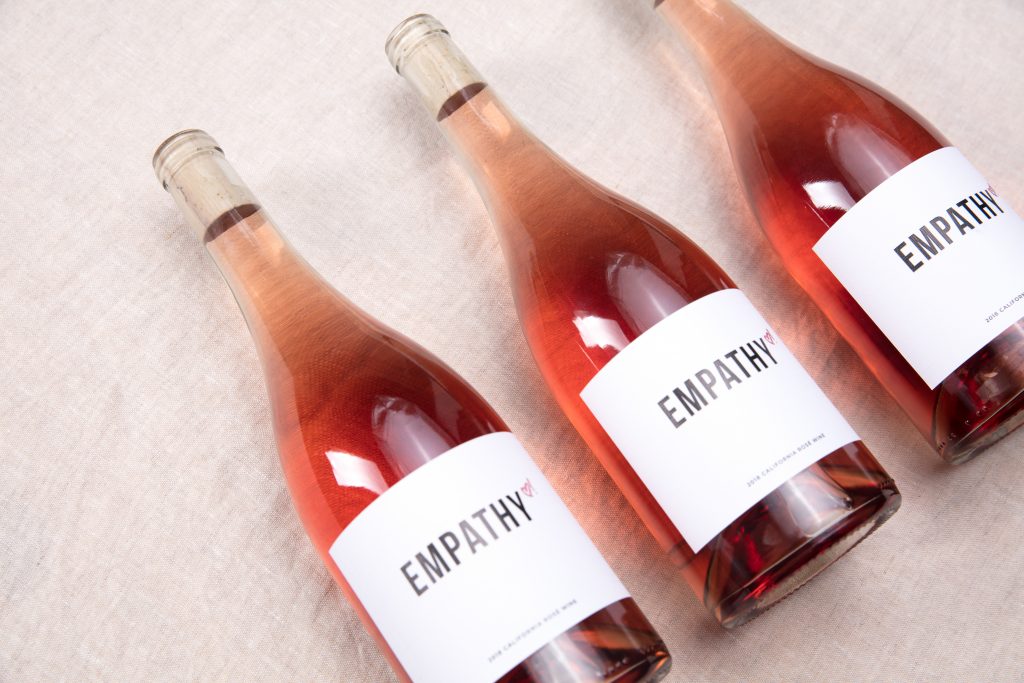 Wine Media Mogul, Gary Vaynerchuk’s (GaryVee) Empathy Wines Rosé has just landed on Australian shores and will soon be in the homes of wine lovers around the country. Partnering exclusively with Vinomofo, Empathy’s debut wine sold out within weeks of the pre-sale going live on Vinomofo, and now has a wait list of people eager to get their hands on the drop. And if getting your hands on one of the year’s most coveted wines isn’t enough, all lucky purchasers of Empathy via Vinomofo will go into a ballot to win tickets to a party with GaryVee in August.
GaryVee is a rockstar in the worlds of wine and entrepreneurship, best known for Wine Library TV and the VaynerMedia empire. Empathy Wines is his newest venture alongside other pioneers in the space, and the company’s philosophy aligns perfectly with Vinomofo’s own mission to connect everyone with good wine, at a good price. The 2018 rosé is the first vintage to land from the Empathy range and is a punchy number grown in Northern California. As a unique blend of Syrah, Pinot Noir, Grenache, Barbera, Tanat, Carignan and Muscat, this rosé is the perfect all rounder and plays beautifully to Australian’s love of rosé. Deep in colour, the rosé is well balanced, fruity with a hint of zest and beautiful complexity that will make your palate salivate.
The Rosé is the first of Empathy’s wines available on www.vinomofo.com with more varietals landing later in the year.