The 2016 Australian Open starts next Monday 18 January 2016 bringing the world’s best tennis players to Melbourne to play for the coveted Asia Pacific Grand Slam. We’ve got it covered with what’s happening off-court during this fantastic fortnight of tennis. 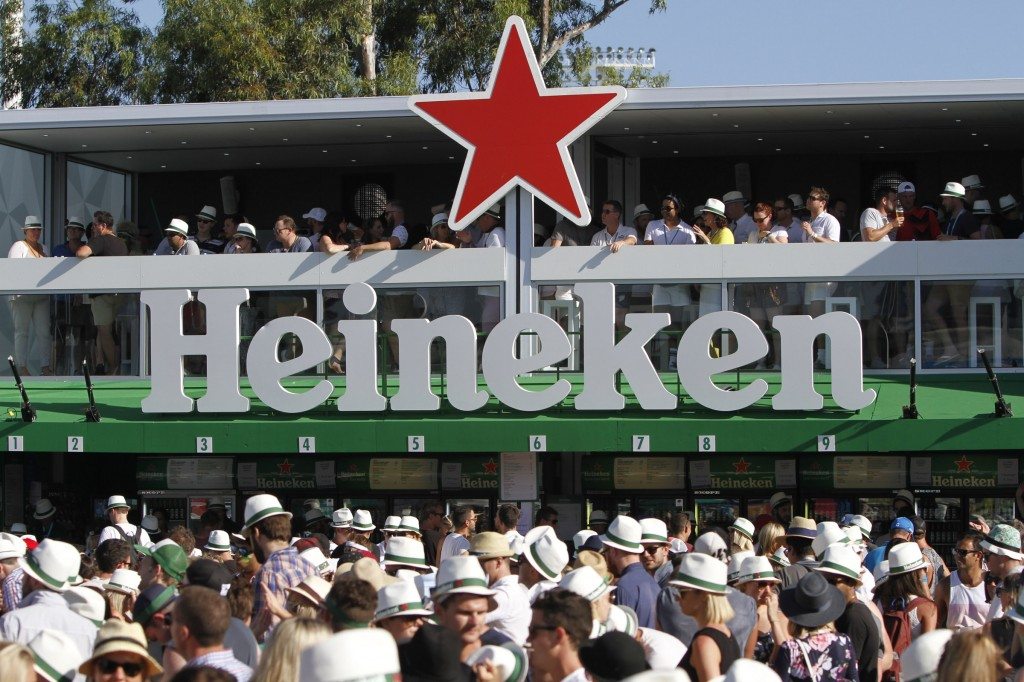 Heineken is returning for its 20th consecutive year of providing visitors to The Open with the best off court action. To celebrate the milestone, Heineken is putting on a fortnight of entertainment for visitors. The peak of the fortnight is the legendary Heineken Saturday spectacle which takes place each year on the middle Saturday of the tournament, this year on Saturday 23 January. Heineken Saturday has firmly established itself as one of Melbourne’s most anticipated annual events and this year will be no different. Hot Tub Time Machine, the world’s first time travelling dance party, will headline, performing loud and proud on the Heineken Live Stage. Fans wanting to attend Heineken Saturday are encouraged to take note of the event theme: dress like a tennis legend.

Outside of Heineken Saturday, the Heineken Live Stage will be bouncing every night throughout the tournament with an eclectic mix of some of Australia’s hottest music acts and DJs performing for the crowd. Additionally, fans can soak up the electric atmosphere of the Australian Open from one of the most coveted spots, the Heineken Beer Garden where big screens will screen some of the on-court action live whilst enjoying a few delicious, cold Heineken beers.

Access to the Heineken Beer Garden and Heineken Live Stage is available with The Australian Open Ground Pass, starting from $29 for an adult single session ticket. For further information and to buy tickets to The Australian Open, visit www.ausopen.com

Get pampered at the Jurlique Spa Lounge 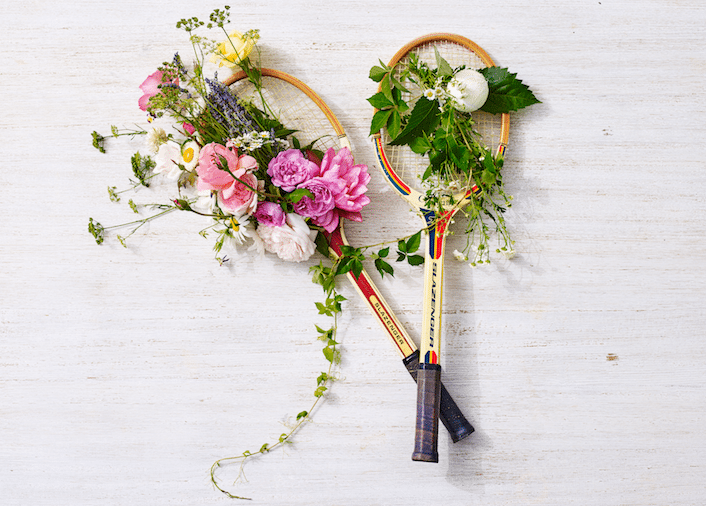 Jurlique is an official partner of Australian Open 2016 and are having an on-site Jurlique Spa Lounge to help tennis fans take time out for themselves with a little bit of game-side pampering.

Visitors to the Australian Open can indulge and escape the crowds for a few minutes of serenity at the Jurlique Spa Lounge. Booking is easy , just visit http://www.jurlique.com.au/blog/2015/11/24/australian-open

The Australian Open Festival brings food and tennis together on the banks of the Yarra at Birrarung Marr from 18 -31 January. Some of Melbourne’s favourite foodie destinations will provide visitors with some of Melbourne’s best loved dishes. With a gastronomic line up that includes Mamasita, Gazi, Uncle, Gelato Messina, Cobb Lane, Combi, Huxtaburger and Huxtable featuring Mr Claws,  as well as fun family activities, cafes and bars including the Canadian Club Racquet Club, the festival brings the Australian open closer to the heart of the city.

Combi and the Lavazza Café will be open from 7am to 7pm, with all other food outlets and bars open from midday to late.

Lavazza bringing coffee and great food to the Australian Open 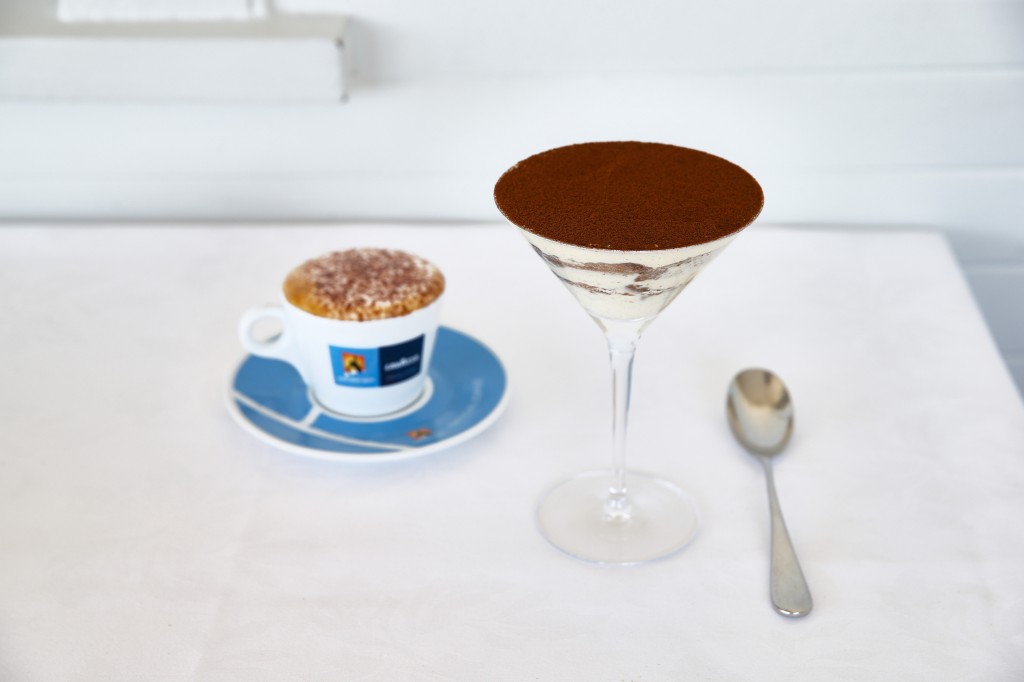 Italian brand Lavazza is the official coffee partner of the Australian Open 2016, making it the first food and beverage brand to partner with all four Grand Slam tournaments across the globe – including Roland-Garros, Wimbledon, and the US Open. Lavazza premium coffee will be served up to fans, players, and tournament staff at more than 30 on-site outlets, including the Lavazza Cafe Bar adjacent to Rod Laver Arena; a two storey custom-built coffee café serving hot and cold Lavazza bespoke beverages including a cold brew coffee topped with creamy sorbetto, and a tiramisu dessert, plus big screens to watch all the tennis action.

Lavazza is also present at the Australian Open Festival at Birrarung Marr (18 January – 31 January), with their site Lavazza Café (Powered by D.O.C. Gastonomia Italiana) – a collaboration with the esteemed D.O.C. team to serve the best Italian salumi, Panini’s, sorbetto, coffee donuts, and hot and cold Lavazza beverages. In support of their dedication to quality of product, Lavazza has appointed executive chef and owner of multi award winning Sydney restaurant Pilu at Freshwater – Giovanni Pilu – as its chef ambassador. Tennis fans will have the chance to taste Giovanni’s authentic Sardinian heritage through a tiramisu dessert (named Giovanni’s Tiramisu) designed especially for the Australian Open, available at Lavazza Café Bar and the Lavazza Café (Powered by D.O.C. Gastronomia Italiana) at Birrarung Marr.

Heineken Deck at The Sporting Globe 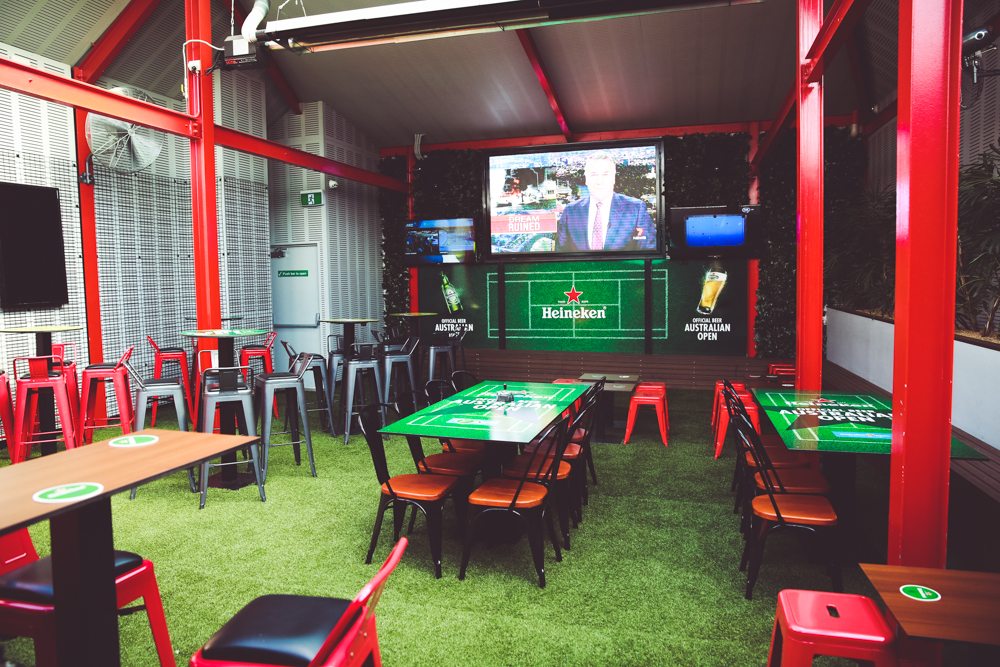 The Heineken Deck at Richmond’s leading sporting entertainment destination, The Sporting Globe, will be the unrivalled venue to catch the Australian Open action this summer.

The Sporting Globe’s rooftop 3.75m2 mega screen will be streaming the tournament live from January 18 – 31 showcasing all the action from center court. The open-air deck is the perfect way to kick back and enjoy a hot summers day or balmy evening with a frosty Heineken or refreshing Pimms jug.

Throughout the tournament, The Sporting Globe will have fantastic drink specials that compliment the modern Australian menu featuring delectable ribs, modern sliders and classic parmas to enjoy on the open-air deck while watching a match.

On Saturday January 23, The Sporting Globe’s six venues will celebrate Heineken Saturday, the most popular day of the Australian Open. Tennis
fans will be able to sit back and enjoy the matches with live music at each destination and the Heineken teams on hand offering free tastings at the Richmond, Werribee and Geelong locations. The Sporting Globe’s crowd favourite, $1 Wings Special will also be on offer including seven finger-licking flavours. 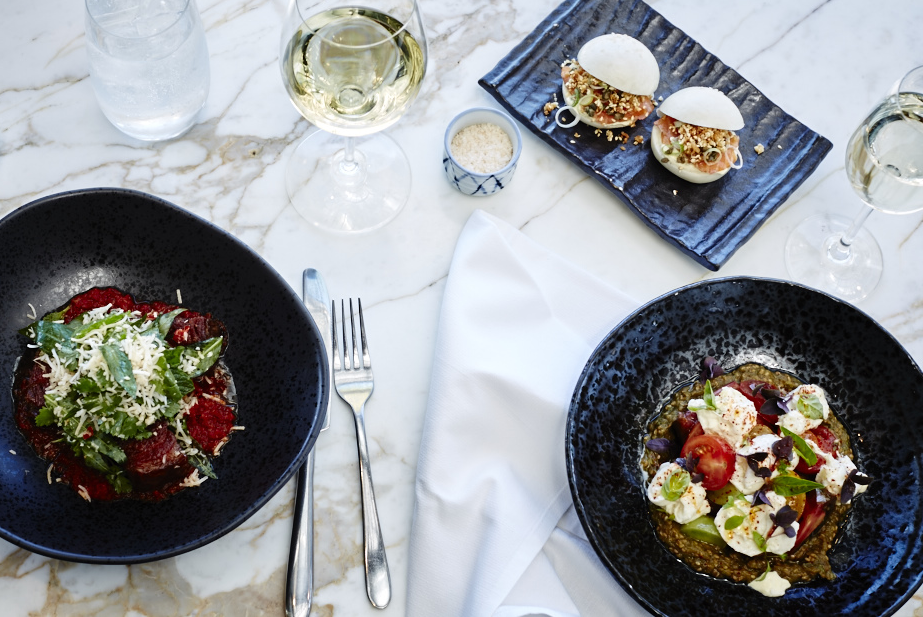 The two-course menu is $65.00 per person including your choice of entrée, main or dessert and features delectable dishes including sake washed tuna, soy bean pesto & daikon salad alongside Macedon Ranges Szechuan duck with a hot Vietnamese mint salad. For something sweet, it is hard to go past the frozen lemon meringue pie to cool you down on the hot summer days. The Pre-Tennis menu will be available between January 18 – 31.
To book and for more information visit www.taxikitchen.com.au