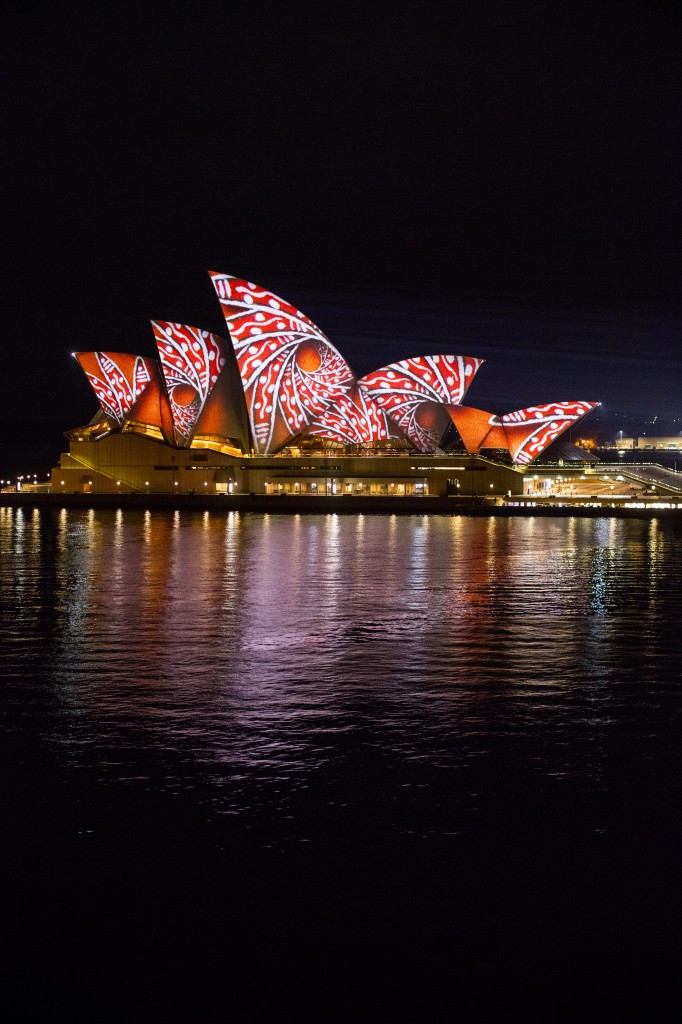 Sydney, Australia is awash with colour until 18 June 2016 as the annual Vivid Sydney festival brightens things up. Projecting colourful art on the world-famous Sydney Harbour Bridge, Sydney Opera House and throughout the city. Vivid Sydney officially opened on Friday showcasing why it’s the largest festival of light, music and ideas. More than 150 artists from 23 countries have created the light installations and projections that appear in more than eight Vivid Sydney precincts spread across Sydney. Vivid Sydney also features 195 Vivid Music events and more than 500 speakers appearing at Vivid Idea talks and forums.

The New South Wales Government’s Premier Mike Baird said on Friday “For the next 23 nights, Sydney’s most iconic landmarks will be lit up in a symphony of colour and movement, attracting visitors from across the world. Vivid is a creative festival for a global audience and its popularity is evident in the 1.7 million visitors who attended last year’s festival.”

This year Vivid Sydney will celebrate Australian Indigenous culture with the Songlines projection appearing on the Sails of the iconic Sydney Opera House. The spectacular animation showcases the work of six renowned Indigenous artists: Karla Dickens, Djon Mundine OAM, Reko Rennie, Gabriella Possum Nungurrayi, Donny Woolagoodja and the late Gulumbu Yunipingu. Co-curated by Destination NSW and the Sydney Opera House, Songlines speaks directly to the spirituality and culture of Australia’s First Peoples, depicting the interconnected sharing systems and the trade routes that weave through time and distance, earth and sky.

With other major 3D projections appearing on the façade of the Museum of Contemporary Art Australia, and Customs House, Vivid Sydney showcases Sydney as a hub for the creative industries, with world-first technologies and design used to create the stunning spectacle of light.

Darling Harbour’s Laser-Dragon Water-Theatrefeatures a world-first water-screen mounted on a 13m robotic arm floating high above fifty-six fountains. Laser-Dragon Water-Theatre show includes four video projected water-screens on which dancers will be projected moving to a music score created by The Presets. Visitors will be astonished by forty 20m-high vertical fountains, sixteen 25m-high moving fountains, twenty 15m-high flame jets and ten powerful lasers. In another world first at Darling Harbour, visitors will be able to scan and project their own face onto the water screen, through the use of Intel RealSense™ technology.

Vivid Sydney stretches across the city with the Vivid Light Walk, starting at the Sydney Opera House, taking in the harbourside of the Royal Botanic Gardens celebrating its 200thanniversary, and following the waterfront to Walsh Bay. Illuminations and projections appear in Sydney’s Martin Place, Darling Harbour and the Australian National Maritime Museum, and Vivid Sydney’s first indoor precinct at The Galeries in the city’s CBD. The precincts of Central Park and Chatswood have also become a vibrant nighttime playground, as well as Taronga Zoo where illuminated lanterns will represent critical species to celebrate the Zoo’s 100th anniversary. 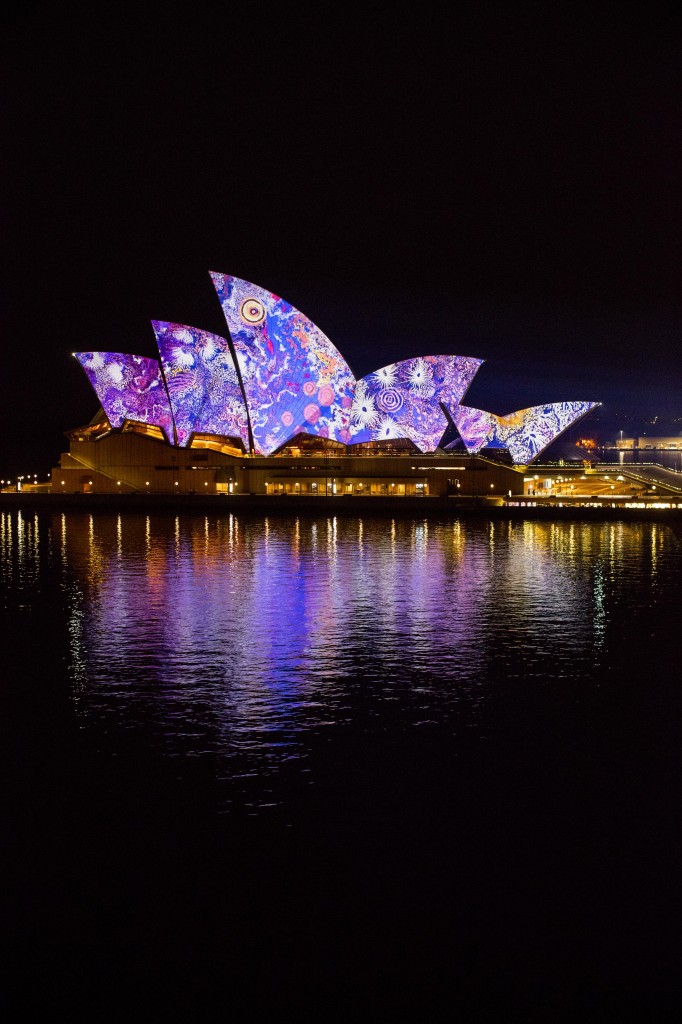 To help visitors make the most of the biggest Vivid Sydney yet, Destination NSW offers some suggestions of the many festival highlights.

Light
1.        Stomp your way around a pre-historic, Bio-kinetic city at Chatswood where you will find an amazing collection of installations and activities inspired by the animals of Gondwana.
2.        Profess your love for your significant other, or hot date at I LOVE YOU, a giant illuminated heart-shaped ‘love-o-meter’ that glows brighter the louder people say ‘I love you’ into the microphone.
3.        Stroll through the Garden of Light at the Royal Botanic Garden Sydneyand visit Sentiment Cocoon an interactive installation that visitors can touch that will expresses human emotion through light.
4.        Be The Light For The Wild at Vivid Sydney’s wildest precinct, Taronga Zoo where visitors can make the interactive chameleon lantern change colour and watch the giant platypus lantern swim.
5.        Take some time out along the Vivid Light Walk and lie down under the multi-sensory artwork Osmose where shards of light will wash over you.

Music
1.        Catch a gig at Vivid LIVE with powerful, boundary pushing artists including New Order, Bon Iver, and Anohni all performing exclusive Sydney shows at Sydney Opera House from 27 May.
2.        Find your 80’s groove at The Enmore Theatre on 29 May as The Models, Machinations and Dave Mason from The Reels take to the stage.
3.        Enjoy a festival-like afternoon of acoustic, electronic, improvised and composed music on 29 May from 3pm at the Sydney Conservatorium of Music.
4.        Jump around to Drapht, ALLDAY and Sydney’s own Spit Syndicate at Come Togetherfestival at Sydney’s Luna Park on Saturday June 11.
5.        Be amazed at Avant-Cabaret where Sydney’s finest, most flamboyant cabaret artists including Jeff Duff, Mikelangelo, and Zsa Zsa La Fine will perform at The Kings Cross Hotel.

Ideas
1.        Get some inspiration and fashion advice from digital game-changer Margaret Zhang at Vivid Ideas on 28 May.
2.        Meet the Persuaders at the Museum of Contemporary Art on 31 May. Hear from panelists Phillip Adams, Dee Madigan, Michelle Law, Tim Levinson and Yassmin Abdel-Magied who have used their good ideas to successfully influence others.
3.        Celebrate all things handmade and meet local crafters, collectors, artisans and designers from etsy.com at the Etsy Sydney Made Market on 4 June.
4.        Don’t miss the hugely popular Robowars showdown on 5 June. Robots big and small, built by hand from metal, power tools and remote-controlled toy parts will fight against each other in the ultimate test of man and machine.
5.        Catch a film at the 63rd Sydney Film Festival from 8 June. Each year the festival brings the best new films from around the world to audiences with over 300 screenings.