Home
Fashion Week
Behind The Scenes 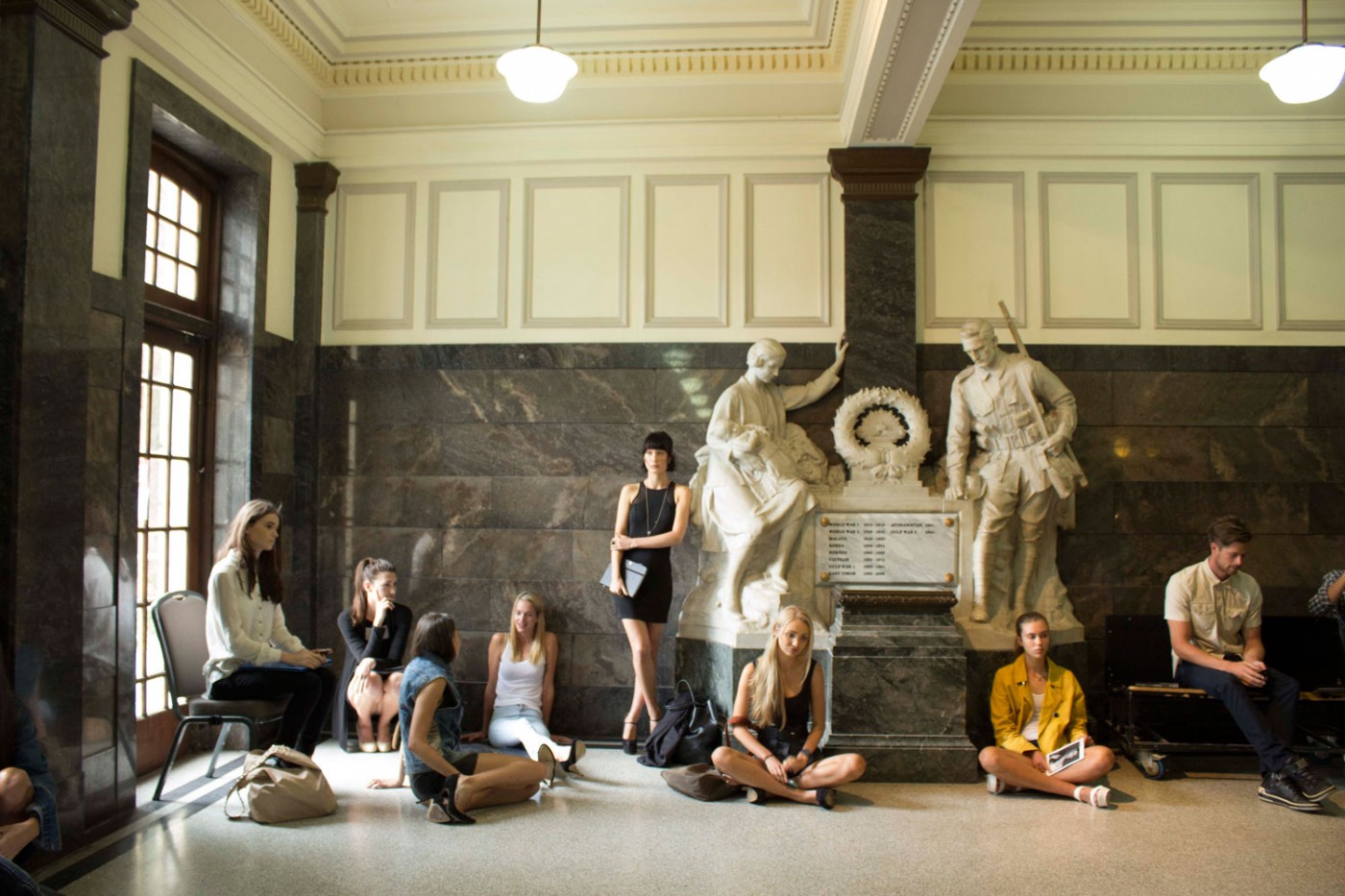 Fresh, new and exciting is how CEO Graeme Lewsey explained the new model talent at the annual runway model castings. 11am at Malvern Town Hall welcomed over 150 hopeful models lined up in eagerness to be cast out of the 60 to be selected to walk the runway for fashion events around Melbourne, but also the highly anticipated, Melbourne’s biggest fashion event VAMFF (Virgin Australia Melbourne Fashion Festival).

Models nervously waited as three-by-three they were called up for critique, placed down their portfolio cards and strutted to victory. There were some clear standouts as models exuded strength and edge in their walks. Models for VAMFF act as the core for the entire festival, for the designers and various events on throughout the week of March. So models had to bring their A game to castings and stand out to be seen. Graeme Lewsey commented on the fresh talent at the casting, the new faces creating a diverse range of competition at the castings. Confirming this was Marc Wasiak, noted Melbourne stylist and Jac Hawkini, producer of Flock Agency whom were part of the casting panel. Through the range of events and activities on during the festival and events throughout the year, Westfield, agencies, emerging and existing designers will be looking for something different in the lead up to the event and a variety of edgy, strong and powerful looks to uphold the festivals name.

The new model recruits models walked and some outshone their experienced counterparts, some of who already walked in Melbourne Spring Fashion Week, and LMFF last year and had been apart of campaigns and shows for noted Melbourne designers. Australia’s Next Top Model finalists Shanali and Duckie from cycle 8 also auditioned as they expressed their excitement to be apart of VAMFF. their love for fashion and modelling, but many still have lives outside of their dreams, most attending university or just completed high school.

Among the males and females who were put through, in the past, Melbourne Fashion Week has already paved careers for up and coming models like Montana Cox, Alice Burdeu and Nicole Trunfio. In the cut throat world of fashion, who will come out as the one to watch?