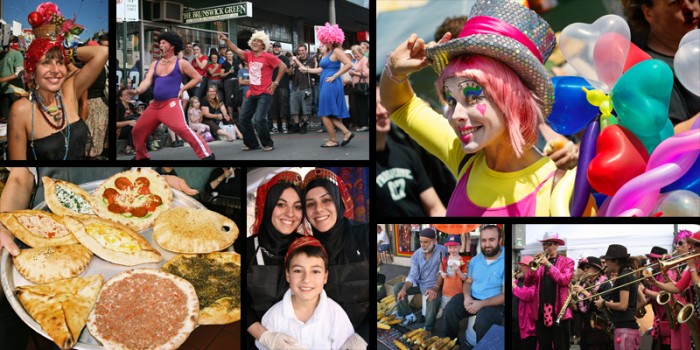 A festival not to be missed among Melbournians, Sydney Road closed its streets for what looks to be their most successful festival yet.

The Sydney Road Street Party was launched in 1994 to celebrate music and community in the municipality. The Street Party is a one day event held before the music festival with concerts, street entertainers, food and information booths for local groups. It’s a great fundraising opportunity for community groups, as well as a way to let people know what’s happening in their local area.

Celebrating its multicultural mix of food, drink and music the festivals main event was Sunday 2nd March with gigs following up until 16th March. From an 80’s disco in the street to stages featuring over 40 different artists throughout the day, the sun was shining and the vibe was electric.

Local artists and performers brought there talents to the street with a combination of family fun and bar crawlers alike.

New on the scene music venue Howler also hosted its own street party boasting DJ’s such as Spoon Bill, Dexter and Cookin’ on 3 burners hitting the decks from day to evening after the street party finished at 7pm.

A great day had by all, Sydney Road Street Party is going nowhere anytime soon!