It was only fitting that the dinner was themed after Baz Luhrmann’s spectacular new recreation of The Great Gatsby, and allowed its guests to jazz up in flawless gowns and suits by Collette Dinnigan and Johanna Johnson. 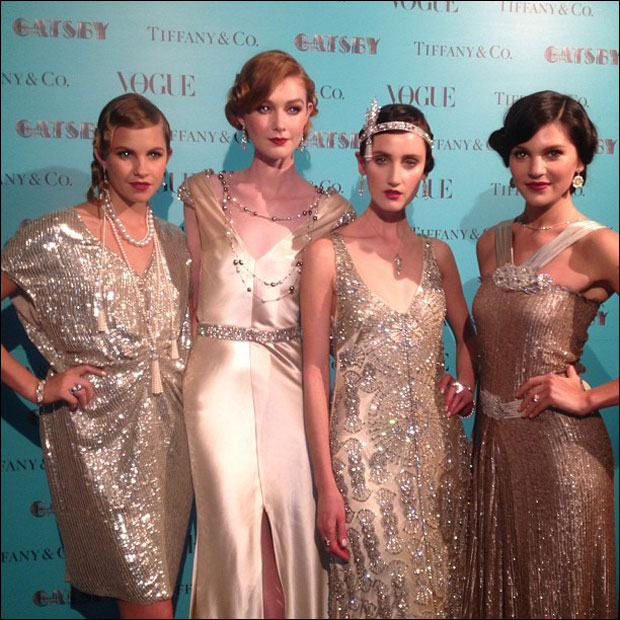 The Great Gatsby by Baz Luhrmann was released on May 10th 2013 and has taken the world by storm with its epic recreation of F. Scott Fitzgerald’s classic novel.

In true Baz Luhrmann style, he has dazzled us with his ability to transform a story to a movement, and the Great Gatsby has become just that. Replete with an all-star cast including Leonardo DiCaprio who also starred as Romeo in Luhrmann’s masterpiece ‘Romeo and Juliet’, Tobey Maguire, England’s Carey Mulligan and Australian actors Joel Edgerton and Isla Fisher.

Set in the 1920’s, The Great Gatsby is allowing us to relive an era of flirtation, jazz, sex and alcohol, when women were free of the restraining corsets and able to live a fun and frivolous lifestyle. Self-confidence and sex appeal made up the new woman, who was now allowed to vote and smoke in public, creating a time of freedom and choice. Accompanied by the amazing attire, the 1920’s were a powerful time for women, and will forever influence the modern woman. 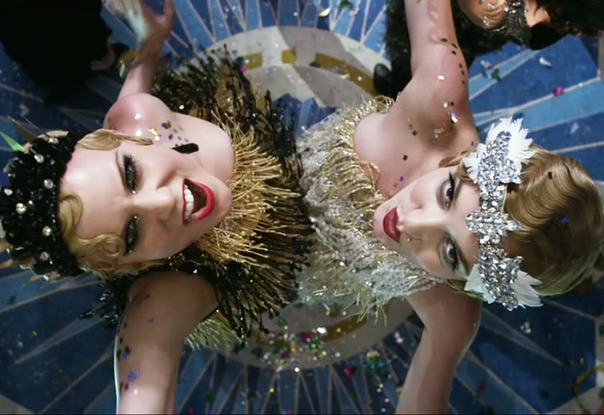 The Great Gatsby not only makes for a luxurious themed party, but has taken the fashion world back almost ten decades, to the time of the flapper, women covered in crystals and sequins, satin and clever fringing.

Costume designer and wife to Baz Luhrmann, Catherine Martin collaborated with fashion royalty Miuccia Prada to design 40 looks for the two spectacular party scenes held at the Gatsby residence. Costumes were made according to the era, from warm velvets to glamorous furs, along with materials in gold, emerald green and topaz.

Although Luhrmann wanted to stay true to the time and fit with the fashion from the 1920’s, pieces from modern collections were used such as the ‘chandelier dress’ from Prada’s Spring/Summer collection worn by Carey Mulligan. Miuccia Prada has not been influenced by the roaring 20’s in the past, yet her designs fitted quite well with the theme. It was after pieces from Prada and Miu Miu were worn during test scenes, that Luhrmann and Martin first approached the Italian designer for a possible collaboration.

Gatsby fever has set in, sequins, pearls and feathers fast becoming one of the biggest trends. Women are emulating the glorious costumes seen on film whether it is a simple yet elegant hairpiece, or a shimmering sequined dress, giving a nod to the Gatsby style in some way. It seems that the Great Gatsby is here to stay, living on in today’s modern flapper.