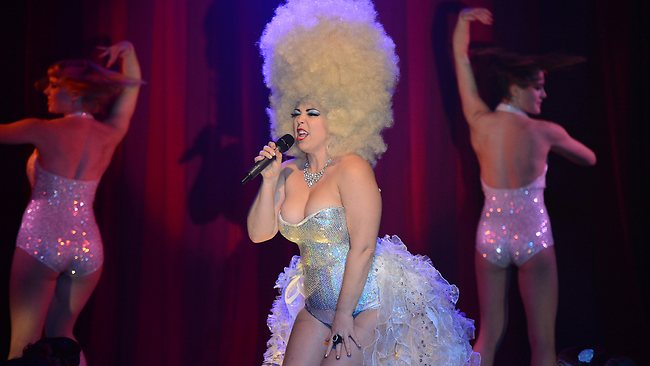 Finucane & Smith is the provocative theatre house behind Salon The Burlesque Hour seen by 45,000 people since premiering and selling out 27 Australian and International seasons. Shows from their catalogue have been nominated for 16 Australian Theatre Awards and taken home 10 of them. Now, after a round the world tour they’re back and ready to razzle dazzle audiences with Glory Box: Paradise.

Their Saturday show at fortyfivedownstairs initiated Melbournians to their light-hearted, heavily seductive routines with 19 acts that exhibited thought inflaming journeys from high tempo Iggy Pop esque rock by front-woman Moira Finucane to bellowing soul from Sarah Ward while tap dancing through poetry and visceral performance art along the way.

Show goers witnessed an array of increasingly contrasting acts that, while not showing a typical theme throughout, were bound together with a similar attitude and confronting nature. Finucane punctuated many pieces with Chaplain like humour whose wit and use of the phyiscal form ensured their place as crowd favourites. From tandem acts with lightning fast costume changes (and removals) to a magic show that managed to hide a silk hankerchief in the nude, Glory Box knew which buttons its manicured fingers should push.

Glory Box runs for five weeks only until August 11 and is perfect for one’s first dabble into burlesque. The costumes are flawless, the performers astounding and the humour is sharper than the finest point. These women will make your synapses fire in all the right ways, doing all the wrong things.