Melbourne’s latest hot spot, The Emerson, has been setting tongues wagging as the latest must-visit place on the social scene. The multi-level Emerson plays host to a club, cocktail bar & lounge, and an amazing rooftop bar and dining area that boasts some spectacular views across Melbourne.

Image by Will Watt

The rooftop, in particular, is a spectacular setting for a great night or day out with an extensive cocktail menu and a fantastic food menu that has been put together by Head Chef, Jeff Trotter. Unlike other drinking establishments, the food menu has been carefully crafted to showcase exceptionally fresh seasonal local produce and also the talents of Jeff, formerly of The Royal Mail Dunkeld. With a background at the award winning Royal Mail, it is not surprising that Jeff’s menu is made up of interesting dishes that are both complex in flavours yet simple to understand.

Dishes are designed to be shared and the menu covers a wide range of varying tastes and flavours, starting with smaller dishes to platters which are ideal for a larger group.

We started with the Rare roast beef, salsa tonnata on sour dough which were beautiful. The salsa tonnata sitting under the slice of rare roast beef provided the dish with a bit of a salty kick that worked well with the smooth taste of the roast beef. Added with the bread, the complexity of the different flavours went beyond the simplistic look of the dish.

The Asparagus, creme fraiche and soft boil quail egg on a small crisp were delicate bite sized morsels. The balance between the purity of the egg and poached asparagus and the saltiness and creaminess of the capered infused creme fraiche was perfect. 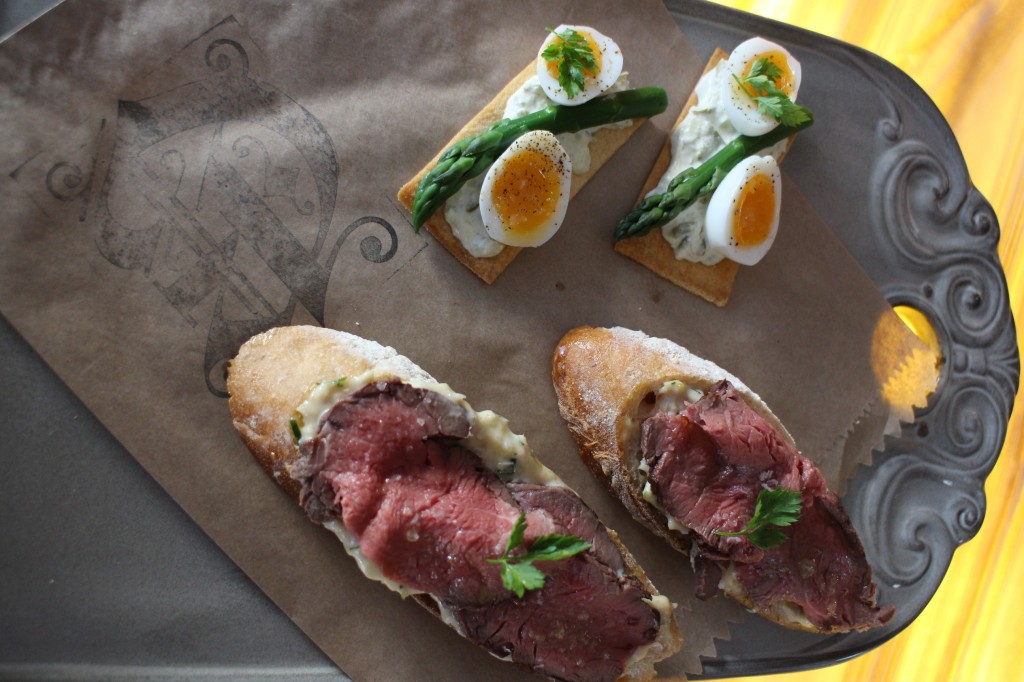 The next few dishes were bigger in size and equally as delicious as our choices from the smaller dishes on the menu. The first was the Uncured Chorizo, corn, coriander and shallots. In one word, this dish was WOW. I had never had uncured Chorizo and I have to say that the texture of the Chorizo was soft and chewy, not hard like the cured versions I have had. It is not that I dislike the cured Chorizo, but sometimes I find the tough texture of the Chorizo skin and cured meat a bit of a challenge given it is generally served in quite thick slices. This uncured version of Chorizo worked incredibly well with the crunch of the corn and shallots. 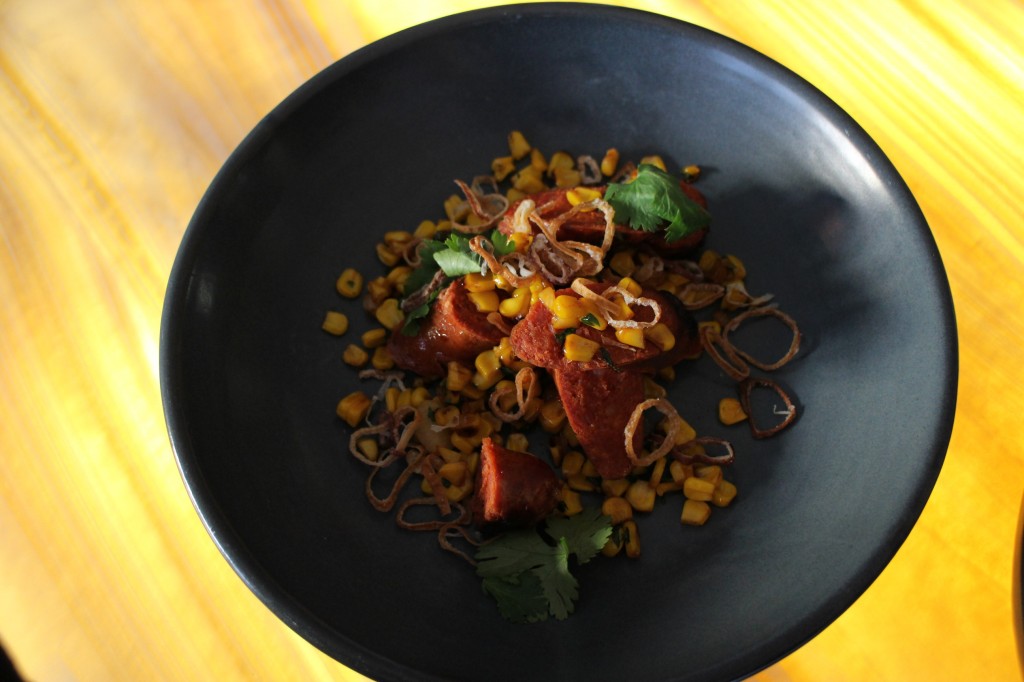 We were told that the next dish we were having, Local calamari with green onion and fennel was a definite crowd favourite. An astonishing amount of calamari is consumed by visitors to The Emerson, with the chefs preparing and filleting significant quantities of fresh calamari every day. No frozen calamari rings to be seen in this kitchen! It’s no wonder that this dish is popular, as it’s amazingly easy to eat. The calamari is soft and bouncy and works well with the bite of the onion and fennel. 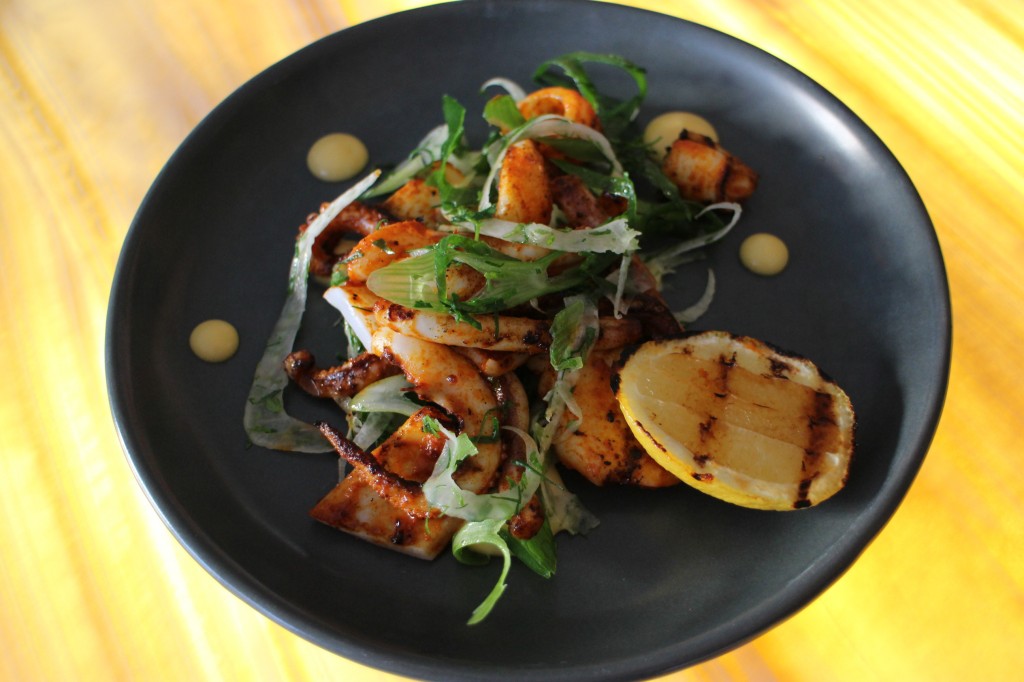 During Jeff’s time at the Royal Mail, he developed a focus on using the freshest ingredients of the season to produce quality dishes. He worked with many local producers such as Mount Zero who are one of the local producers of olives, grains and pulses. Bringing this experience to The Emerson has enriched the menu and has resulted in the fantastic Mount Zero Grain Salad: Faro, Quinoa, soft herbs, poached egg and pecorino. This delightful salad is anything but boring. I know many people are reluctant to embrace pulses and grains, but this salad is very, very good.  The poached egg helps to pull together the texture of the grains with the flavours of the soft herbs and the pecorino.  A refreshing salad that I’m hoping to replicate on a summer’s day. 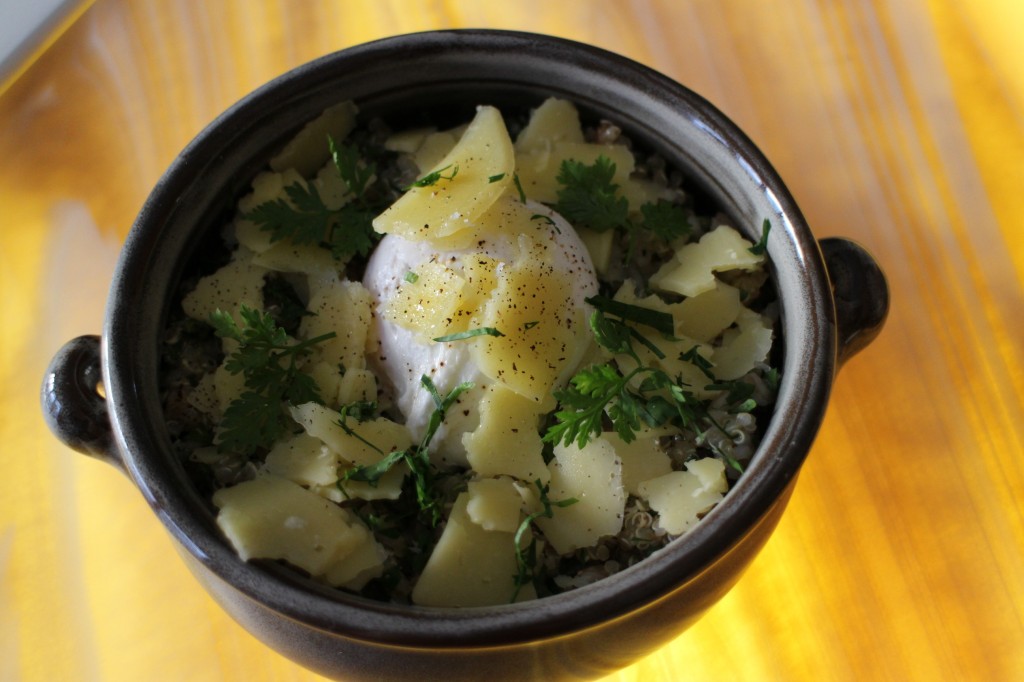 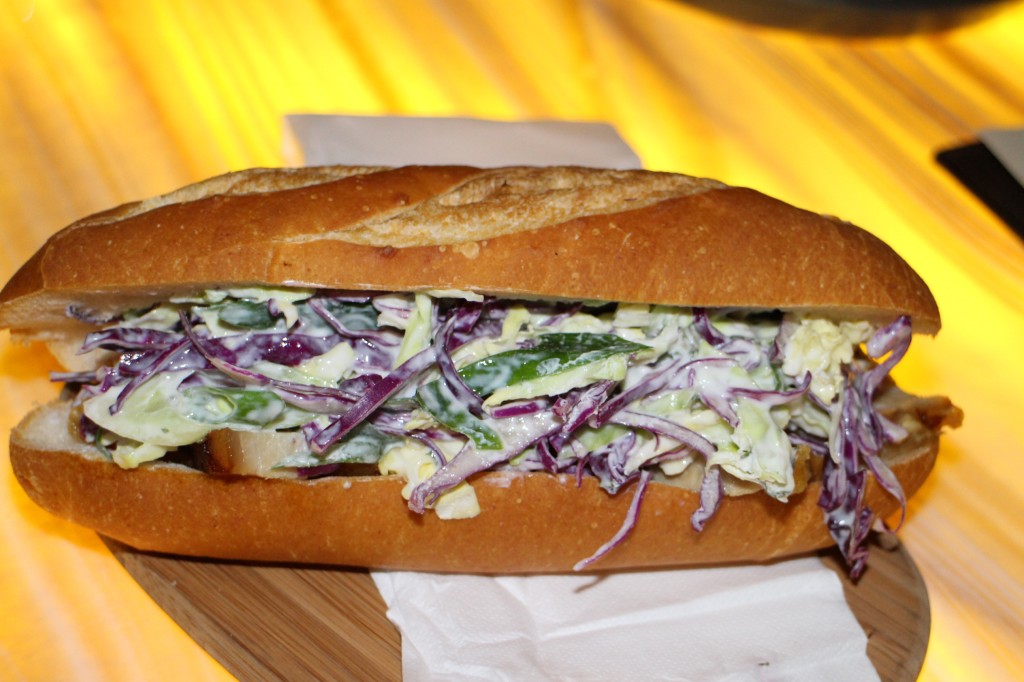 I have to say that I really did love the food at the Emerson. The only disappointing thing was that I wasn’t able to sample more of the menu. I guess that means I’ll be back real soon.

To book or for more information visit www.theemerson.com.au