Based on the Australian classic film, Strictly Ballroom the Musical has arrived in Melbourne! After a Sydney season, the Baz Luhrmann production is now playing at Her Majesty’s Theatre and is not one to be missed by anyone who is looking for a great night at the theatre.

The story of Strictly Ballroom began its life as a short play drawing inspiration from Baz Luhrmann’s experiences in the dramatic world of ballroom dancing. After years of development, Strictly Ballroom opened in cinemas globally in 1992 starring Paul Mercurio and Tara Morice playing the central roles of Scott and Fran. An instant success, audiences were won over by the depth of the film and its heart-warming and underdog story. 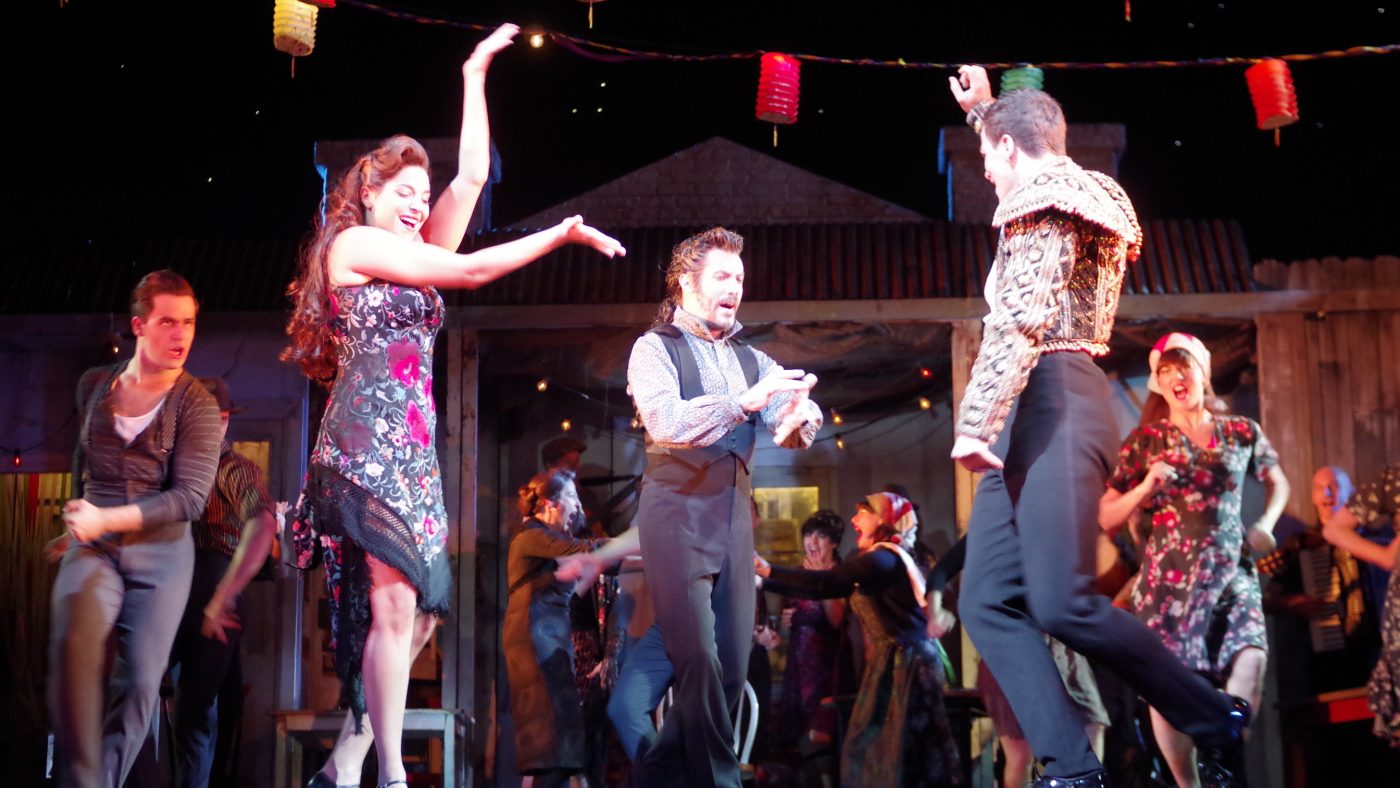 Over twenty years later, this classic story has been adapted to the stage and is once again directed and co-written by Baz Luhrmann. Experience the grandeur that you know so well from a Luhrmann show with costumes and set designed by Catherine Martin, his creative partner and wife.

Catherine Martin delights with the show stopping costumes and wonderfully extravagant sets that have become her signature. A whirlwind ride that never stops, Catherine doesn’t take breaks. Only a few days before accepting her Academy Awards for The Great Gatsby, Martin was away at the studio fitting costumes for Strictly Ballroom the Musical. She says of the design for the new Australian musical:

“In a stage show such as Strictly the cast and costumes are indivisible. Each performer is a true collaborator whether they are luminaries of the theatre or rising young talents…it’s our fantasy world that has simplicity, energy and heart.”

Featuring classic songs such as Love is in the Air and Time After Time plus a new original score, the Strictly Ballroom soundtrack is wonderfully eclectic. As ballroom dancing features many different genres, so should the soundtrack of the new musical. Wonderful new songs by Australian talent, Eddie Perfect and Sia appear within the musical. Music Designer Anton Monsted says of the score and of working with Luhrmann:

“Baz has an encyclopaedic knowledge of music and uncanny talent for making really eclectic music fit together harmoniously.”

Opening to standing ovations in Melbourne, the cast of Strictly Ballroom the Musical shine brightly. Thomas Lacey impresses as Scott Hastings with his extensive dance background, showcasing his talents throughout the show, and in particular, during an electrifying solo number complete with spinning mirrors. Phoebe Panaretos makes her debut as Fran with dramatic vocals and a heart that shines on stage. 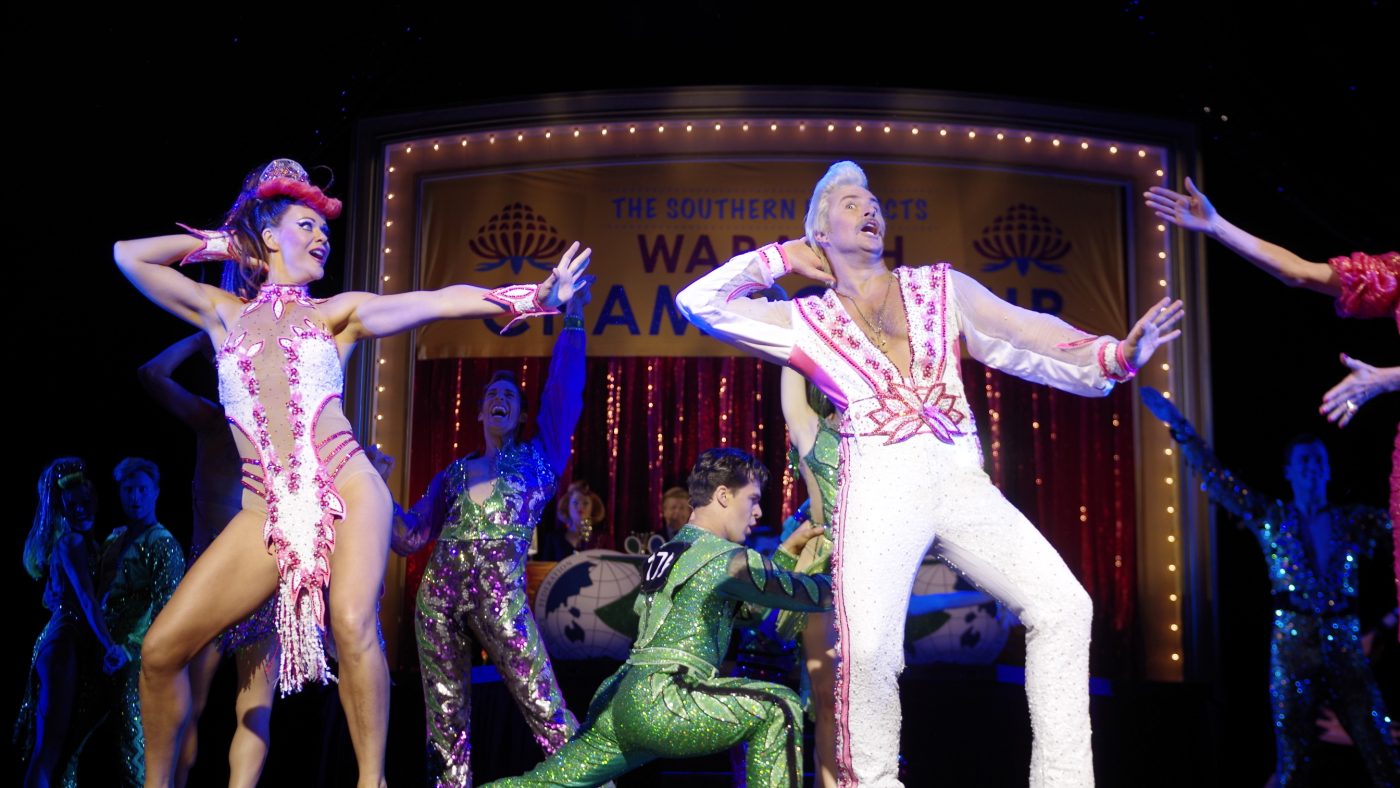 Tickets to Strictly Ballroom the Musical are available to book via Ticketek from $55. These can be purchased from Ticketek.com.au, by calling 132 849, Her Majesty’s Theatre or any Ticketek outlet.

Tickets to Strictly Ballroom are available to book via Ticketek from $55.  These can be purchased from Ticketek.com.au, by calling 132849, Her Majesty’s Theatre or any Ticketek outlet.