When I found out that 1 in 3 women have experienced physical and/or sexual violence perpetrated by someone known to them I was shocked. Domestic violence is a topic that isn’t often discussed in society today, despite the amazing work of organisations such as White Ribbon, doing a lot to raise awareness and help those who have suffered domestic violence and those close to them.

We wanted to show our support for this important cause by supporting Pha Khem, who suffered domestic violence at the hands of her former partner. Pha is one of the lucky ones who escaped from an environment of domestic violence and share her story to help inspire others.

My name is Pha Khem. I am a 31 year old Australian currently living in Denmark. It had always been a dream of mine to live and work abroad and today, I get to live my dream. Life hasn’t always been so peachy though. In my comparatively short lifetime, I have endured an abundance of pain. My heart has been broken a hundred times over by the people closest to me. These people were meant to love me unconditionally and nurture me while I navigated my way through life. Despite all of this, my personal experiences have shaped me into the strong and resilient woman I am today. It’s what gives me the courage to share my story with you.

I was only fifteen when I fell in love with my first boyfriend. His name was Andrew. It seems a million years away but seemingly, it is half the number of years that I have lived. He was my whole world. My first true love, my drug addicted boyfriend. Heroin was his poison. I’d already watched it take away my older brother a few years before and it still robs me of him today. I remember having arguments with him on why Legacy will rid him of that deleterious practice.

It upset me that the person I loved was hurting himself and our relationship. He dipped in and out of using heroin throughout the five and a half years we spent together. I honestly thought he would change for the better and with the help of white sands drug detox, we were able to get a good life. Later, with the influence of his friends it was soon evident that his life was destined to be laced with harmful addiction and crime to support his expensive habit. I know this because when I ended our relationship he spiraled out of control and ended up doing time in prison.

THE AMOUNT OF EMOTIONAL ABUSE I ENDURED THROUGHOUT THE YEARS WAS INSURMOUNTABLE. I WAS LIED TO OVER AND OVER. SOMETHING DRUG ADDICTS GET REALLY GOOD AT. YOU COULD IMAGINE, AS A YOUNG WOMAN WHO WAS STILL DISCOVERING HERSELF AND WHERE SHE BELONGED, HOW CHALLENGING THIS WOULD HAVE BEEN ON MY MENTAL HEALTH. I CRIED SO MUCH DURING THOSE FIVE YEARS AND WAS CONFUSED AND DELUDED FOR MOST OF THE TIME.

From a young age, I witnessed my mother fall victim to domestic violence at the hands of my father and subsequent partners following my parents’ separation. It is a known fact that domestic violence perpetuates in families. I was probably only three when I first saw this happen and even then, I recall being so scared and knowing that what was happening was very wrong. 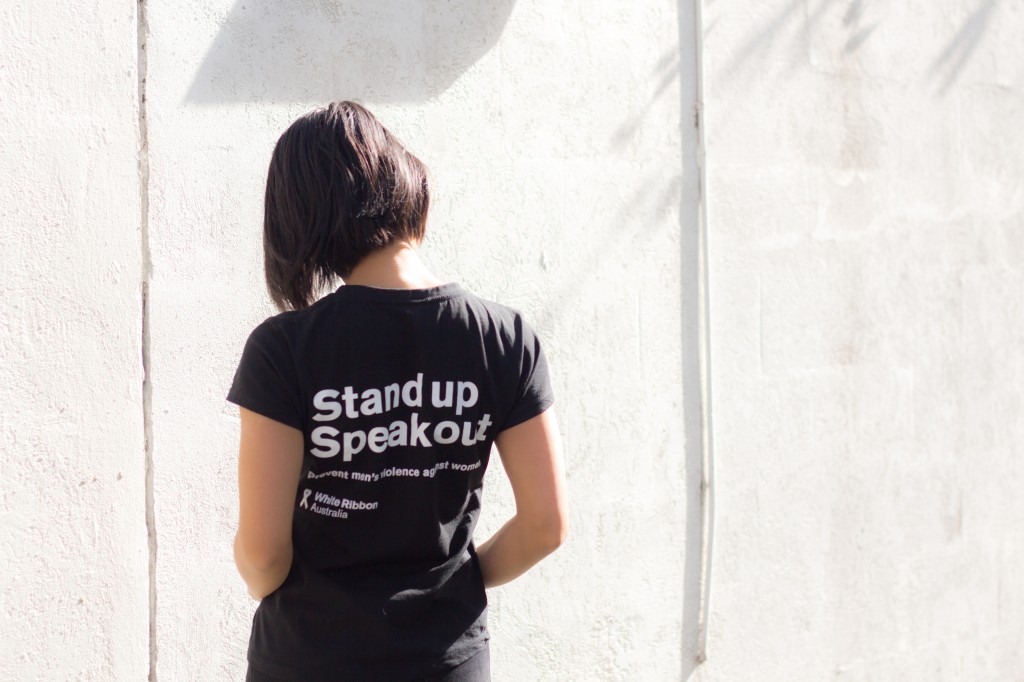 And then one day, Andrew pushed me. And that was the start of something very, very wrong. During one rage fuelled incident, he inflicted a busted lip. I remember the blood dripping down my chin and the tears streaming down my face. Another time he slapped me so hard I was diagnosed with a ruptured eardrum. The world was happening around me at a very high volume. Some scratches on my face were covered up with a story about my friend’s baby scratching me. I lied my way through all of this, particularly to my mother. I don’t think she ever believed me but she never questioned it.

I know what you’re thinking. Surely by then I should have walked away. But haven’t we all been there before? Where you know something or someone is not good for you but you stay anyway.

I WAS ONLY TWENTY YEARS OLD WHEN ANDREW VIOLENTLY BASHED ME BEYOND RECOGNITION, A WEEK BEFORE WE HELD OUR ENGAGEMENT PARTY. WE WERE IN HIS BEDROOM AT HIS PARENTS’ HOUSE AND THEY WERE BOTH HOME AT THE TIME. HE WAS NOT DRUNK NOR WAS HE UNDER THE INFLUENCE OF HEROIN.

What’s crazy is that I can’t even remember how it all started. It wasn’t anything significant. I know that harsh words were exchanged, pushing turned into shoving and I ended up on the floor. I retaliated with absolute fury and recall being slapped in the face, punched, kicked and even choked. He grabbed me at one point and head butted me. There was blood in my mouth. I lay there on that floor, not even fighting anymore, just screaming and crying as he continued to kick me violently on my side. It all happened so quickly but while I lay there, it seemed like it would never end. When it finally did, he shoved the engagement ring on my finger and told me to fucken have it. He even spat on me to finish it off.

His mum was at the bedroom door, knocking and asking what was going on. He told her to fuck off. And so she did.

For our engagement party I had a blunt fringe cut especially to cover the bruise where he head-butted me. I used a whole lot of make up to cover the bruises under my eyes and my arms. It was meant to be one of the happiest days of my life but the wounds were so fresh I couldn’t hide the despair I was feeling.

I WAS SO YOUNG; I WAS STILL GROWING; I WAS STILL FINDING MY WAY. AND THIS MAN THOUGHT IT WAS OKAY TO BEAT ME. NOT ONCE, NOT TWICE, BUT OVER AND OVER. AND I STAYED WITH HIM DESPITE ALL OF THIS.

What pains me to this day was that he got away with it and that no one said anything. People knew but they chose to look the other way. But most disappointingly, I didn’t feel empowered enough to call the police myself. In fact, I felt embarrassed that this happened to me.

The only time I was challenged was when I saw a GP with the ruptured eardrum and made up some story about getting in a fight with a girl. He looked me straight in the eye and asked me if it was a guy. I was so ashamed I replied no and insisted it was a girl. On one occasion, a concerned neighbour called the police when she heard us shouting. Andrew did not hit me that day.

I wanted to share my story and not remain anonymous as I firmly believe that violence against women should be talked about openly in the community. I understand that other women who have chosen to share their experiences remain anonymous for safety reasons but I am now so far removed from that world that it means more to me that I be the face of my story.

MY HOPE FOR THE FORESEEABLE FUTURE IS THAT ALL VICTIMS OF DOMESTIC VIOLENCE ARE SUPPORTED IN HAVING A VOICE AND THE COURAGE TO SEEK HELP FROM THE ABUNDANCE OF COMMUNITY RESOURCES THAT I DID NOT KNOW TO TAP INTO.

If you have personally experienced domestic violence, I strongly encourage you to contact the police and to seek support. There is nothing for you to be ashamed of. A man who respects you will never hurt you. You do not deserve to be beaten. Ever.

After I made the decision to walk away from the relationship, I went on to finish my degree in Nutrition and Dietetics. I have also been blessed with the opportunity to travel the world. It hasn’t been easy, but I refuse to be a victim of my circumstances. I believe whole-heartedly in choosing the life you live. And I successfully do that today. Today, I live a full and happy life with a man who not only knows my worth, but supports me in everything I choose to do, including this fundraiser. 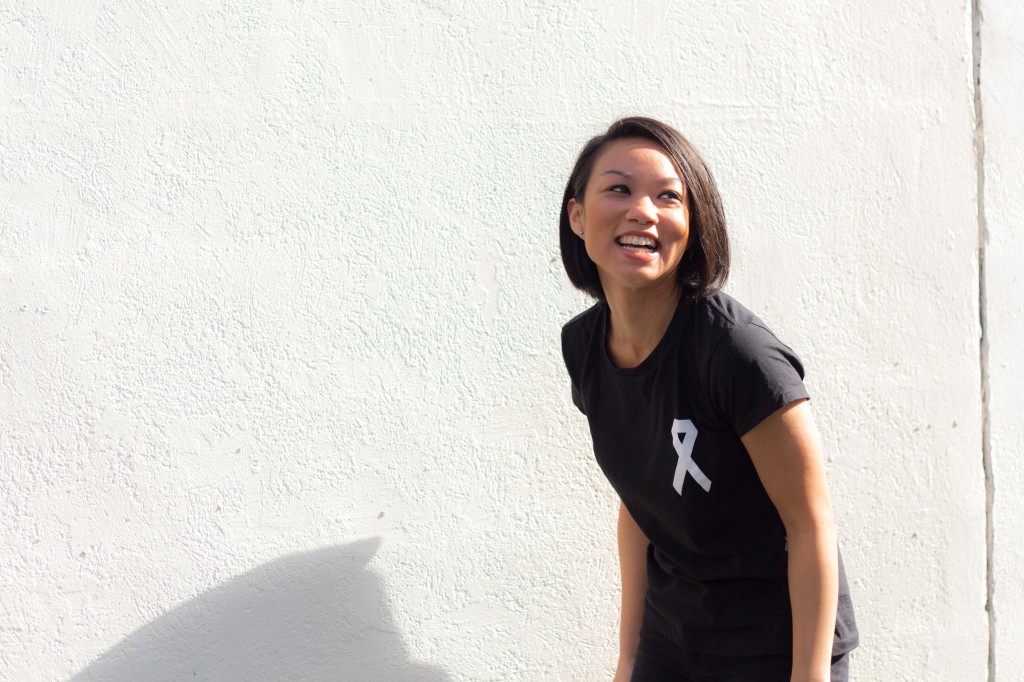 To show your support for Pha, bid on her ring when it goes live on eBay on the 29th of April.