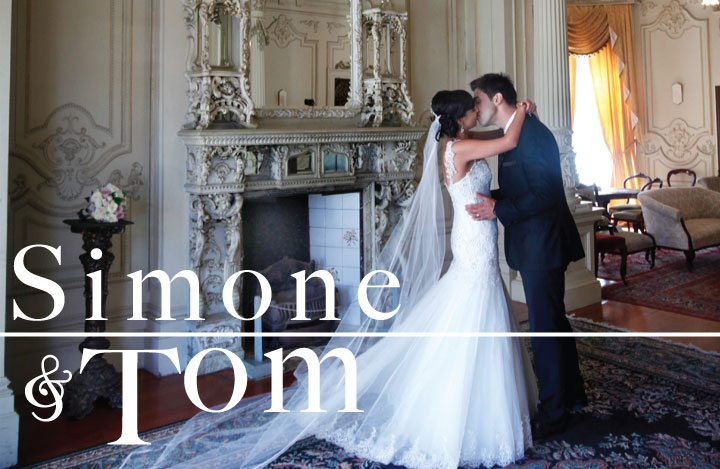 Couturing take at look at the wedding of one of our beauty writers, the gorgeous Simone Pucci.

We met at Spice Market, a bar in Melbourne CBD. We exchanged glances, then Tom approached me and the rest is history.

Tom proposed on our holiday in America. He proposed at one of my favourite places on earth, Disneyland. After the 9pm fireworks, Tom and I were treated with special photos in the barricaded area in front of Cinderella’s Castle. The next thing I knew Tom was on one knee asking for my hand in marriage. I had no idea this was happening, I was dressed in my runners and Minnie Mouse ears!!! (I have attached a photo of the proposal – the security guard knew what was happening and took the picture during the proposal).

Designed and created by catherine R Couture in Kew. The corset of the gown consisted of imported beaded french lace and was fitted to just above the knee. The skirt was made with Italian tulle which just dropped effortlessly to the floor. The ivory dress was completed with a hand beaded hem and thick lace beaded straps.

These were bought from Cocktail in Bridge Road. The grecian styles gowns were floor length with one strap. The colour of the dresses was called oyster. To make the dresses a little different I got my dress maker to add beaded appliques to the strap.

Tom wore a beautiful slim fitted Ted Baker suit. His suit was plain black with a satin lapel. He wore an ivory shirt to compliment my dress and his black tie had a classy paisley pattern throughout.

THE FLOWERS
As I had an antique themed wedding, I chose an informal bouquet of antique flowers and colours. My bouquet had a range of soft pink, cream and ivory roses including my favourite David Austin’s. I had very little greenery but where it was visible I had silver suede leaves.

It was important we had an antique style reception to coincide with our them. This was a little bit of a change but thanks to Tom, he found a beautiful 100 year old theatre in Northcote which was now turned into a reception. This opulent reception was called The Regal Ballroom and tied the whole theme together.

We had two ceremonies. I am catholic and Tom is Orthodox so we thought we would incorporate both ceremonies as they are both very different services. We first went to Sacred Heart Catholic Church (Preston) and then we went to St Nikola Macedonian Orthodox Church (Preston). The ceremonies were only 30 minutes long each so we had enough times for photos after the churches. 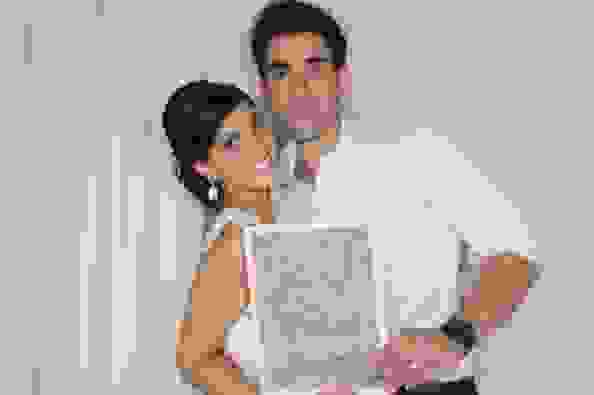 ‘I Belong To You’ by Eros Ramazzotti and Anastacia.

Seeing my husband-to-be cry when I walked down the aisle. It was the most amazing moment and a side to my husband that I have never seen. It was so special and a moment that will stay with me forever!

Savour every moment. The day goes extremely quick so ensure that you take it all in and enjoy the day. It is also important that you do not stress, let the day go as it comes. It is normal for things to go wrong but just take the day as it comes and don’t let any hiccups bother you. Your day will be very special, and as long as you are enjoying your day, everyone else around you will too!!!