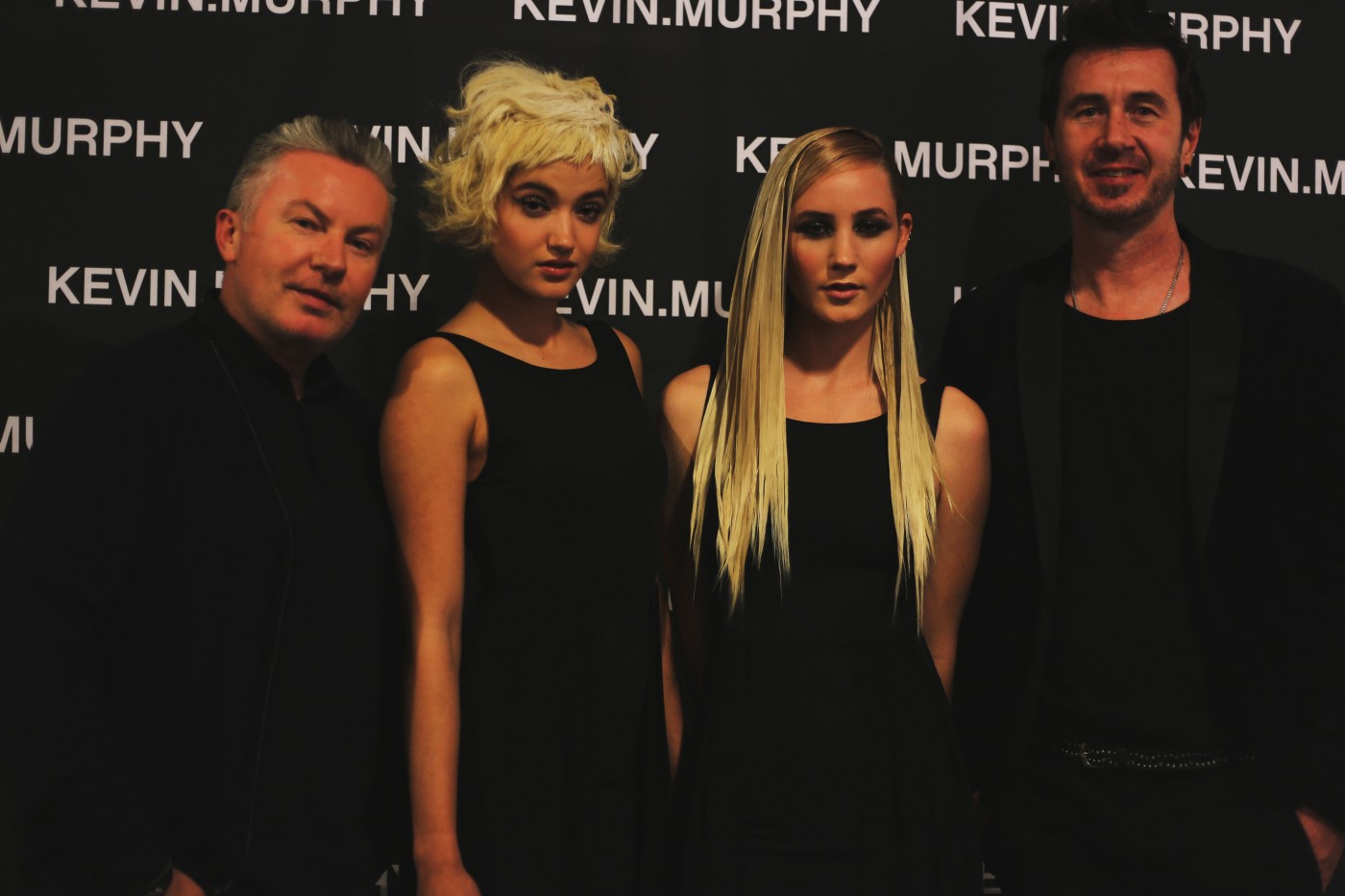 Melbourne Spring Fashion Week (MSFW) is only 3 days away and we’re super excited to see what Designers have in store for us this Spring/Summer 2013. Beginning 31 August and running until 8 September, Melbourne’s fashionistas will be out in force at the runway shows and Couturing was lucky enough to catch up with Official Hair Partner, KEVIN.MURPHY and Official Make-up Artistry and Beauty Partner, Mecca Cometica to get a sneak peek at some of the Beauty looks being prepared for the runway shows.

Featuring Designers such as Aurelio Costarella, Gwendolynne and Jayson Brunsdon, known for their couture-like gowns, Mecca Cosmetica Make up director, Kenneth Higgins’ inspiration for this show was that of a Diva soprano during a performance. With this in mind, Kenneth created a look that embellished this inspiration using Kit jewelled self adhesive strips on the eye lids drawing out focus on the eyes and brows. Skin was left soft and matte, and lips were soft pink using NARS Satin lip pencil in Biscayne Pink. Kenneth said this look was like an “ethereal diva”. 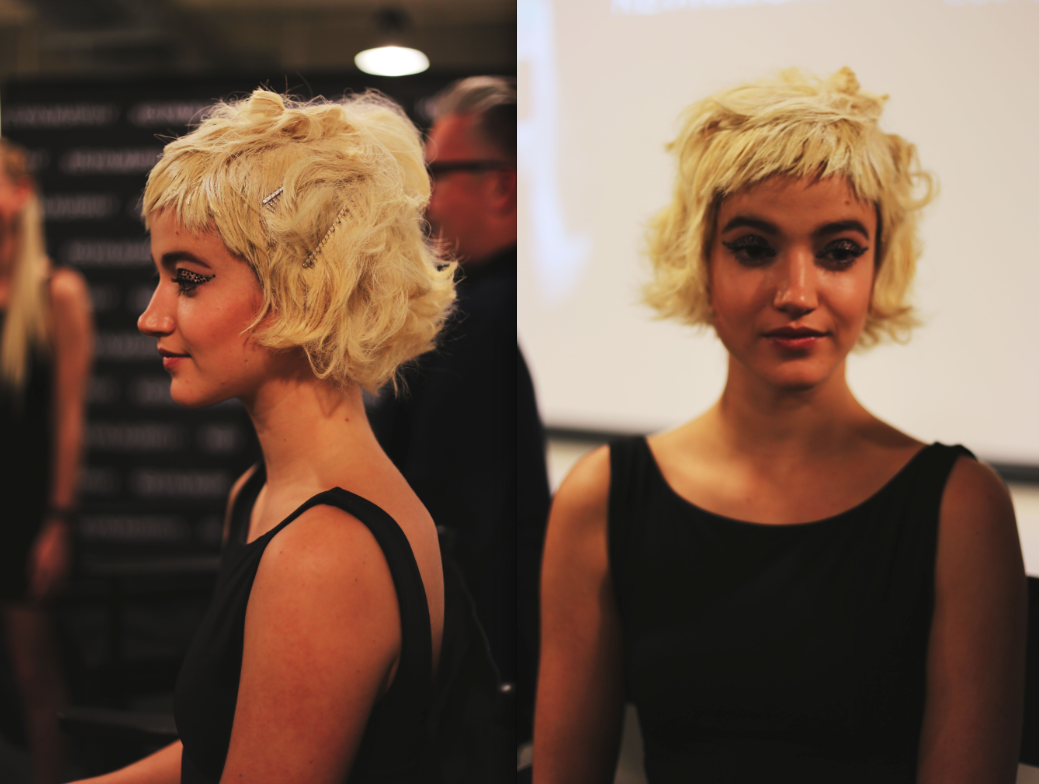 Nails were monochromatic using Mecca signature self adhesive nail strips – half black and half white. 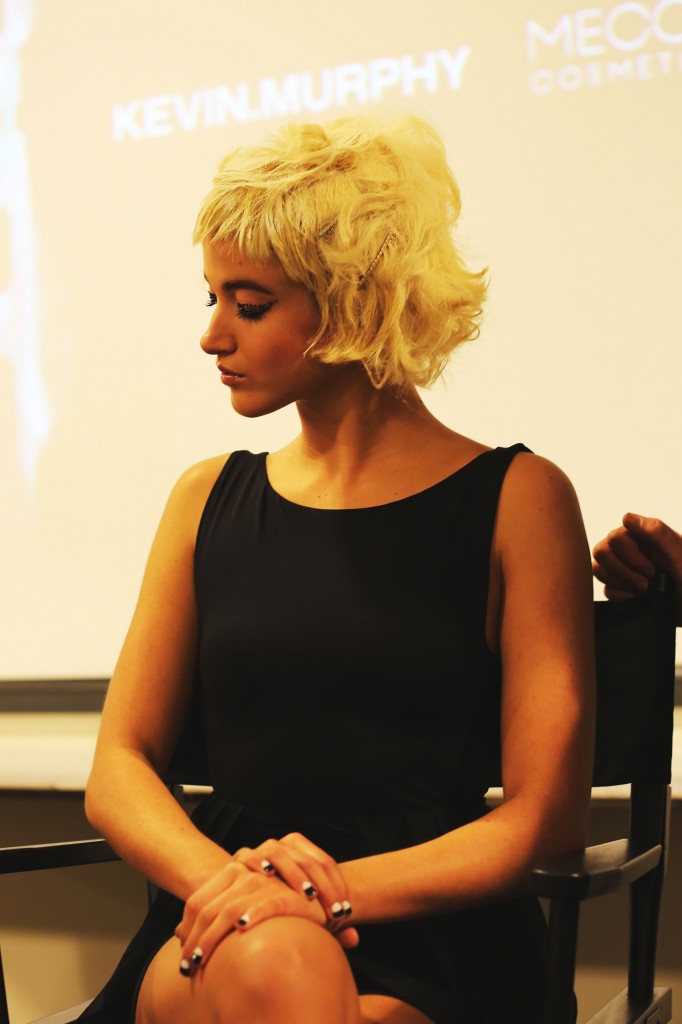 Complementing the make up, hair maestro, Kevin Murphy, took a modern punk take on what the big event hair that has been the trend over the past season. He wanted a juxtaposition against the ethereal look created by Kenneth Higgins by creating a short choppy look and adding bits of bling, in the form of metal clips. Kevin used blonde wigs and created the look by giving it elements of a 50s style in length and then giving contrasting punk spikes. Kevin said that the models should look a blonde robot army walking down the runway! 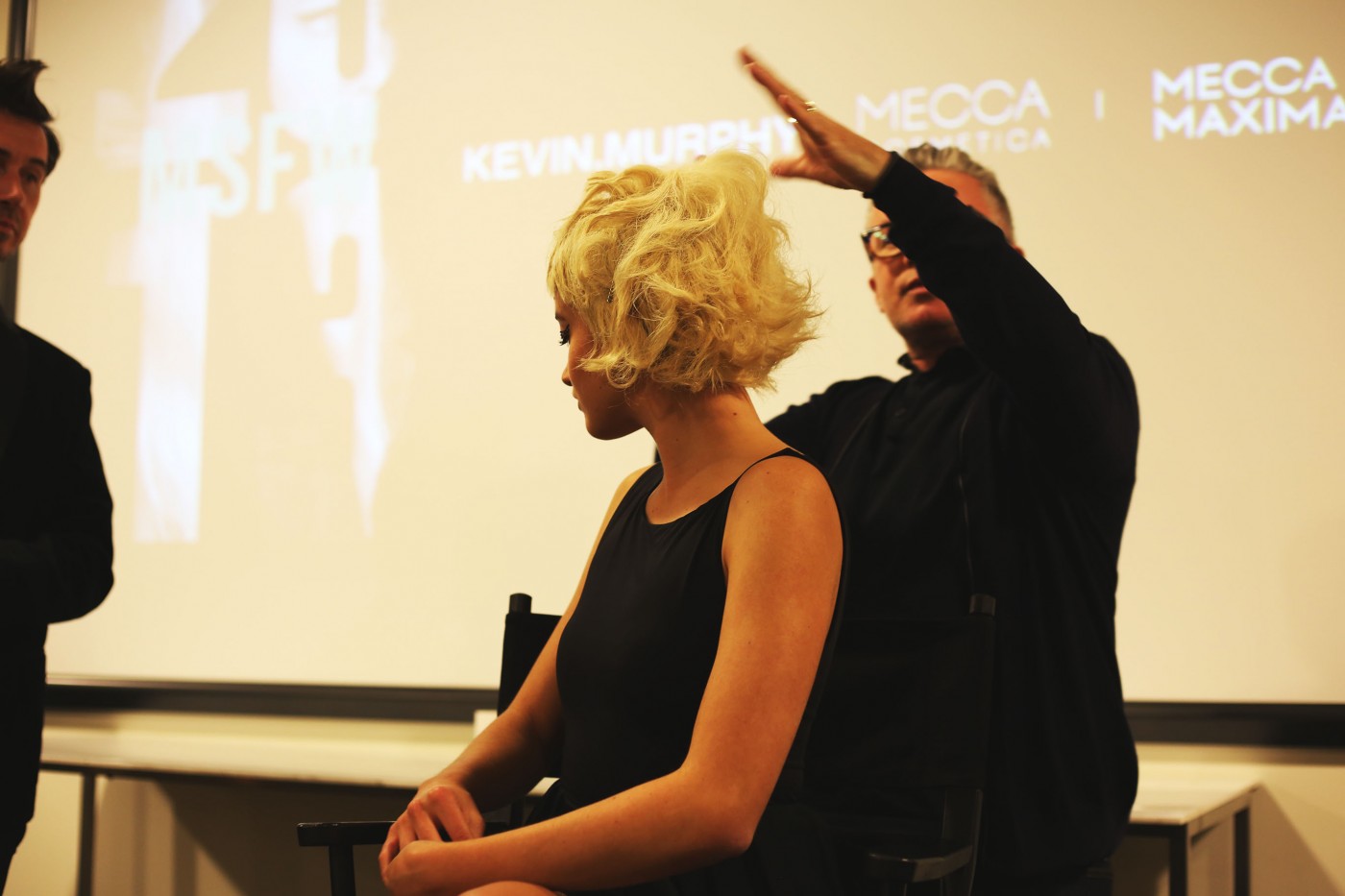 Featuring designers such as Limedrop, Alpha60, Kings of Carnaby, Gorman and Bul, Kenneth Higgins’ inspiration for this range of urban designers was to a “Gritty but Pretty” look. Using Stila Metallic eye gel (available at Mecca Cosmetica in September) on the eye, Kenneth created depth in lids and used black liner to further intensify eyes.  On the cheeks, popular NARS blush was used to add a hint of colour, finished with a Sunday Riley champagne gloss. 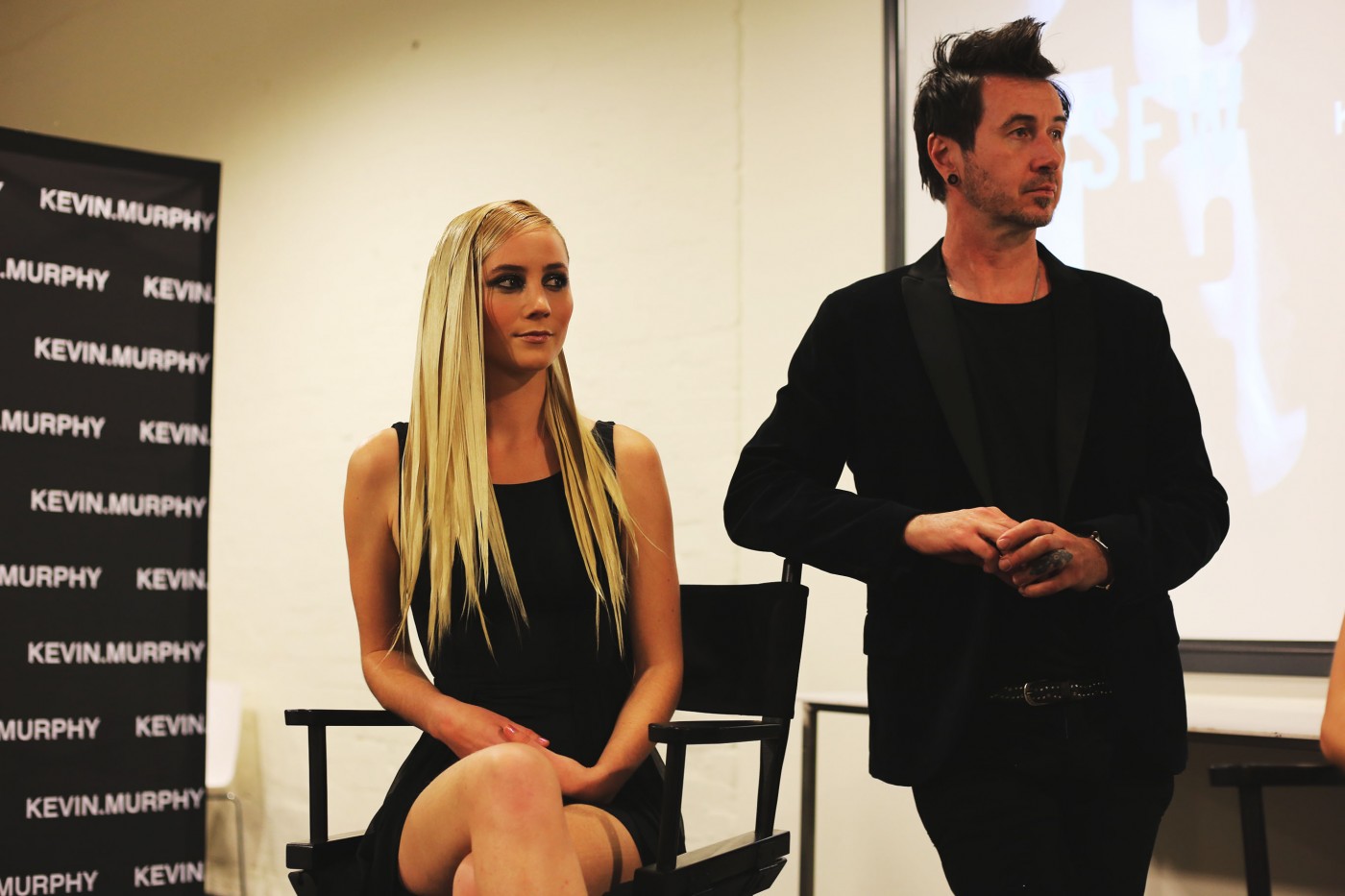 In contrast, the hair was a catwalk look inspired by a Spear Lilly. Kevin described it as “cerebral and avant garde attitude” to match the urban designs. The hair spears were ironed and designed to create movement and bounce as models walk down the runway. Kevin added that “there were echoes of grunge” in the style with grittiness of the look, as well as the 60s feel with the sweeping fringe. 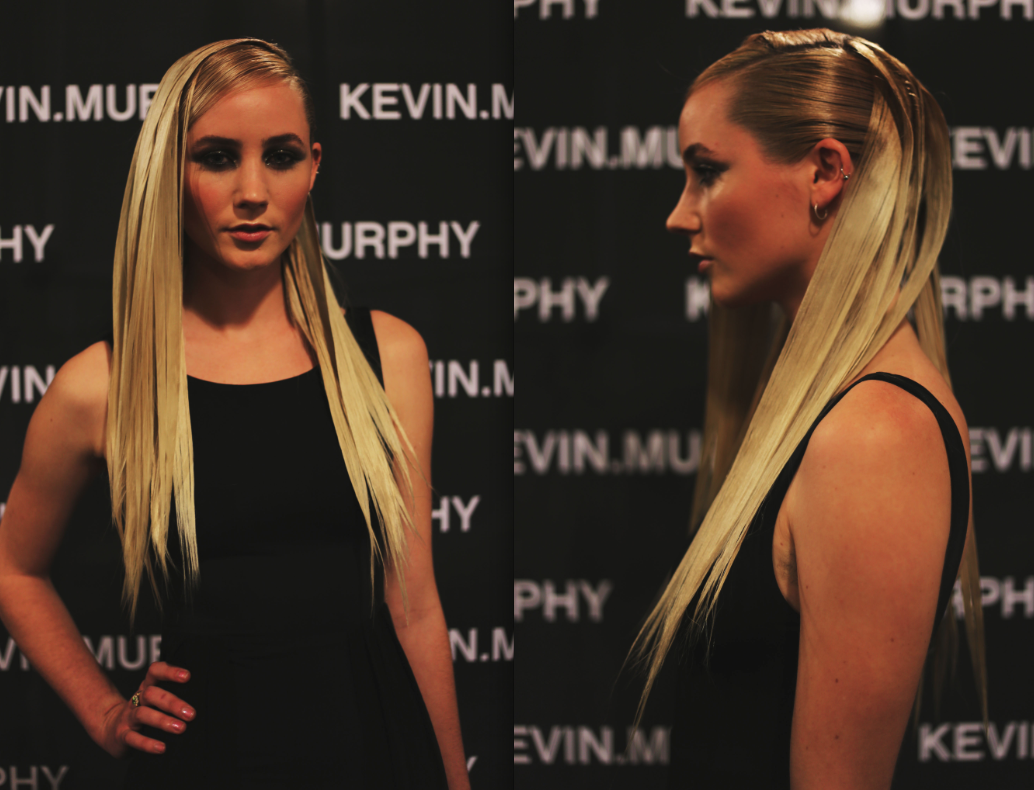 Make sure you check out the MFSW: Hub where there will be a KEVIN.MURPHY STYLE.BAR offering expert styling tips, and the Mecca Maxima Nail Bar where you can have your nails seen by the Mecca Maxima Beauty experts. Both are open daily during MSFW.

MSFW-goers are also invited to attend the Hair and Beauty Workshop on Tuesday 3 September at 7:30pm. The free workshop is a joint collaboration between KEVIN.MURPHY Style Masters and Mecca Maxima Beauty Experts to show you the tricks of the trade and the best ‘how-to’ advice from those in the know to keep you on-trend all season. 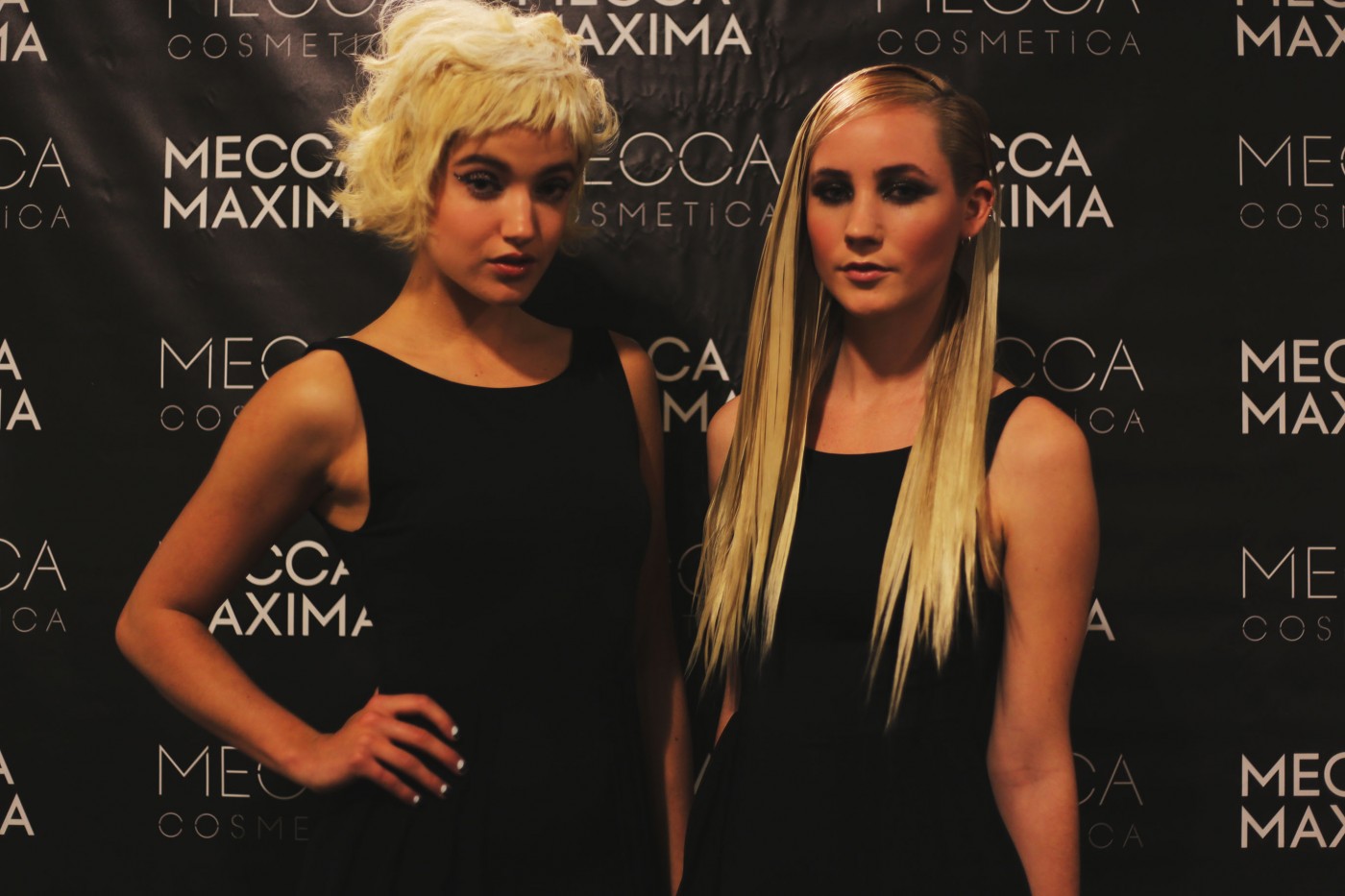 Make sure you check out Couturing’s coverage during Melbourne Spring Fashion Week for all your Beauty and Fashion news.

Information on Kevin Murphy can be found at www.kevinmurphy.com.au and Mecca Cosmetica at www.meccacosmetica.com.au