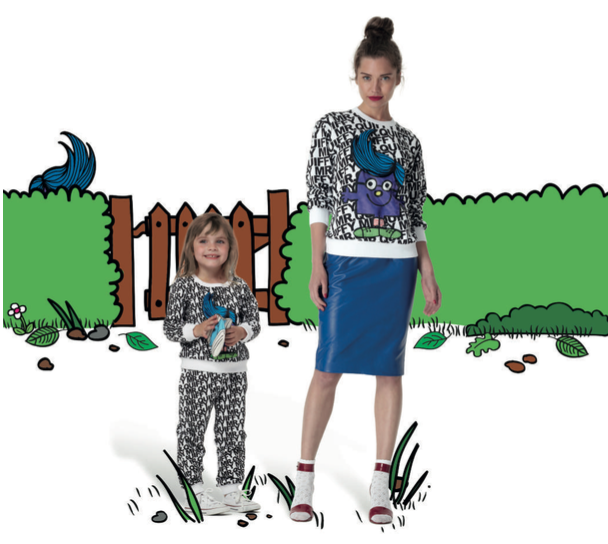 Henry Holland is known for a lot of things; his iconic ‘fashion groupie’ tees that made the world pay attention, his cheeky, fun aesthetic, and of course, his famous quiff. That quiff has now made its way into the world of Mr Men and Little Miss, now sported by a new member of the gang, Mr Quiffy – who’s joining Henry on a tour for House of Holland x Mr Men; a collaborative collection of women wear, accessories, and ‘mini me’ pieces inspired by the childhood icons. We caught up with him to speak about the collection, his favourite pieces, and creating his own character.

Speaking about how the collaboration came about,  he says “I was approached [by Sanrio, the licensees of Mr Men Little Miss] about possibly working together, and I asked very cheekily if there was a possibility of making my own character, and they said yes. We created our own character called Mr Quiffy and he has a ridiculous quiff because I wanted to create a character that’s recognisable in silhouette and I think that’s what’s really strong about Mr Men and Little Miss.” 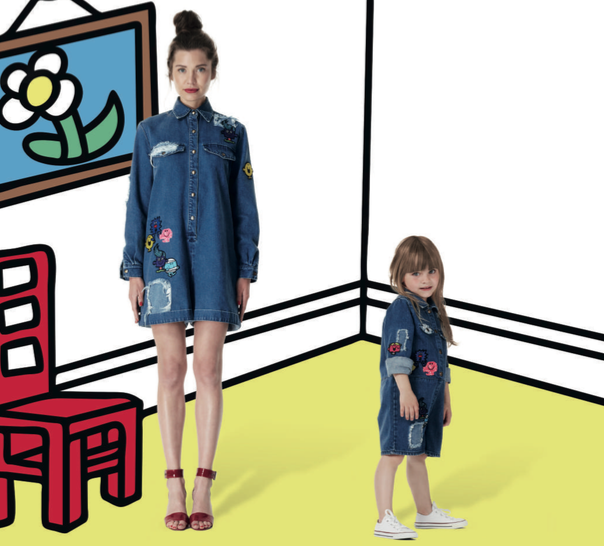 “They are such an iconic cartoon, and so quintessentially British and they’re so recognisable to all different generations and age groups…[so] it is a real honour, but [it’s also] really silly and really funny – it’s a bit of fun and it’s an honour to have it connected to my brand.”

Not only is the collection the first appearance of Mr Quiffy, but it’s the first time House of Holland have created any ‘mini me’ pieces – not necessarily kidswear, says Henry. “It just felt like the right time”, he continues. “With Mr Men and Little Miss having such a broad appeal miniature pieces. It was that concept that dictated the collection a little bit, because we wanted it to be practical so all the fabrications are machine washable because dry clean only for kids was a bit silly. That led us down a street wear, casual wear path. It was really important that we didn’t create a kidswear collection and then enlarged it, or a womenswear collection and shrunk it – they had to be pieces that worked really well in both sizes, and they had to be pieces that were desirable and covetable to adults and children”. 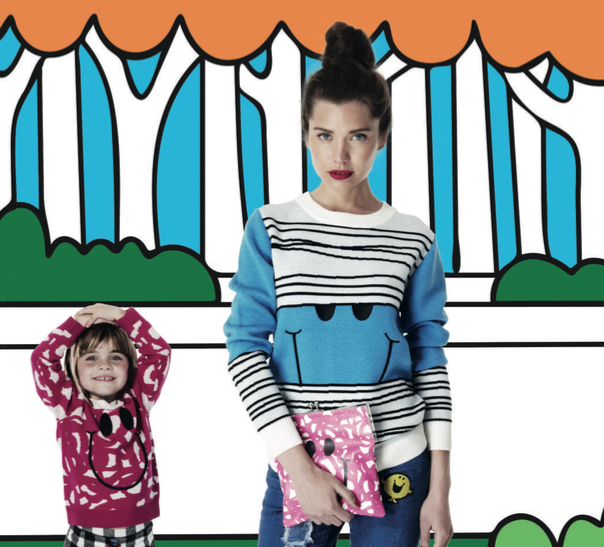 House of Holland has never been shy of collaborating with other companies, something that Henry succinctly puts to two main reasons. “The first [reason for collaborations] is I’m still a very young and small company and I want to provide my customers with many different products and different ideas. We want to keep our customer involved and keep them coming back, and excited about what we’re creating and that extends further than just ready to wear. People will buy ready to wear, of course, but they also want shoes, handbags, and accessories and as a small company, we don’t necessarily have the resources to create a line of denim or a line of footwear….that sort of thing, so in some cases we’ll collaborate with a brand to utilise their capabilities, their techniques, expertise, distribution channels.

“On the other hand, we work in collaboration to provide fun, exciting, creative little projects, to keep them excited and provide something to keep them interacting with the brand. Ready to wear is paramount to what we do, but it’s not the only way that people want to be a part of the brand”.

The brilliance of the collection is that its immediately recognisable as Mr Men Little Miss and also House of Holland. I asked if it’s ever difficult to blend aesthetics, but Henry isn’t worried. “I don’t really [find it difficult], but I think that’s because House of Holland is so ingrained in me and my work, and the way I design and create pieces. I think that’s about staying involved and staying in top of what we do. I don’t think that I ever could licence out the brand, or get someone else involved in the design process, but I think that’s when you dilute [the aesthetic]”.

Out of the collection, Henry has a few favourites. “I love the flight jacket, I think it’s super cool I think that works really well for both the adult and mini version, and I love the Mr Bump and Mr Messy knitwear. I love them all, but if I’m being forced to chose, those are my favourites”.

If you want to get your hands on a piece, head in store or online at  http://www.gracemelbourne.com.au.