One of the big highlights of Day 2 was the Misha Collection Resort 17 show featuring one of the world’s hottest models of the moment, Bella Hadid. The day was filled with beautiful looks on and off the runway. Here is a wrap of our favourite beauty looks of the day and details of how you can get the look too! 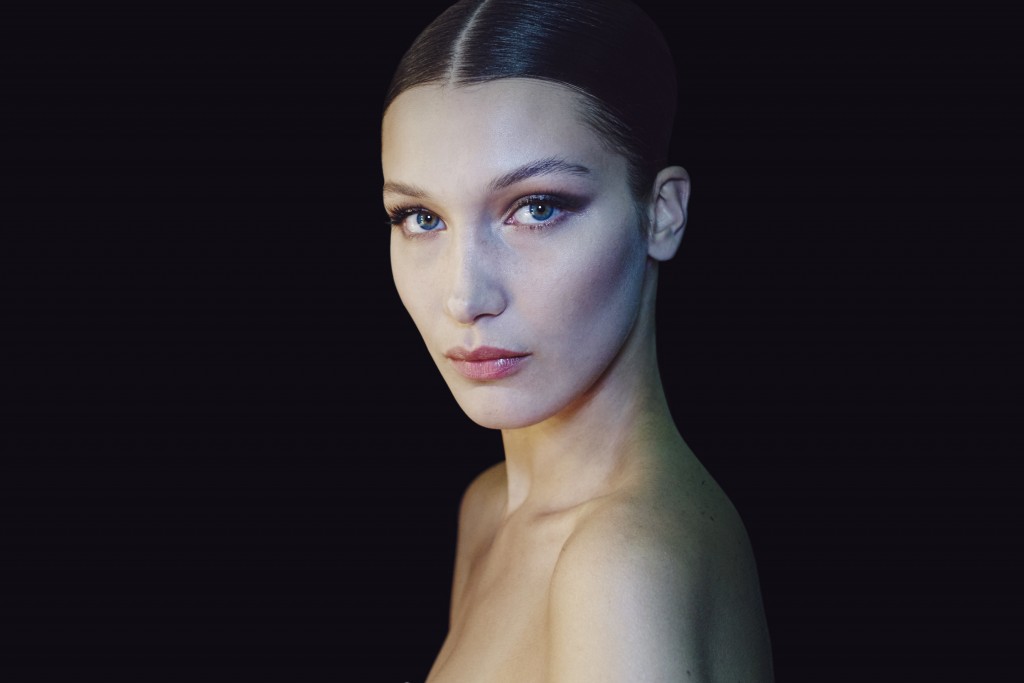 Inspired by the 90’s supermodel, Nigel created a neo-glamazon look. Using Dream Velvet Foundation to create full coverage to the face, the foundation was blended to perfection. Primer was then applied to the eyes and Shadow from the Nudes Eyeshadow Palette tapped all over the lids for a rockstar effect. Master Smoky Eyeliner was traced around the eye to create a messy but dramatic eye with a splash of silver. Lash Sensational Mascara applied to create a spider like effect on the lashes. Some Baby lips on the lids for shine and Color Show Nail polish in Peach Pie and Mauve Kiss used on the models’ nails.

Goldwell’s Dale Delaporte (PREMA)  said “the Misha Collection designs speak for themselves, so we wanted the front clean with the sleek centre part, but kept it cool by brushing hair back following the hairline around the ear and sitting into a low, low tight pony. The velvet picks up on the younger playful nature of the Misha Collection girl, while remaining demure. All around it’s a fresh take on a sleek, chic look – which ties it in beautifully with the collection.” 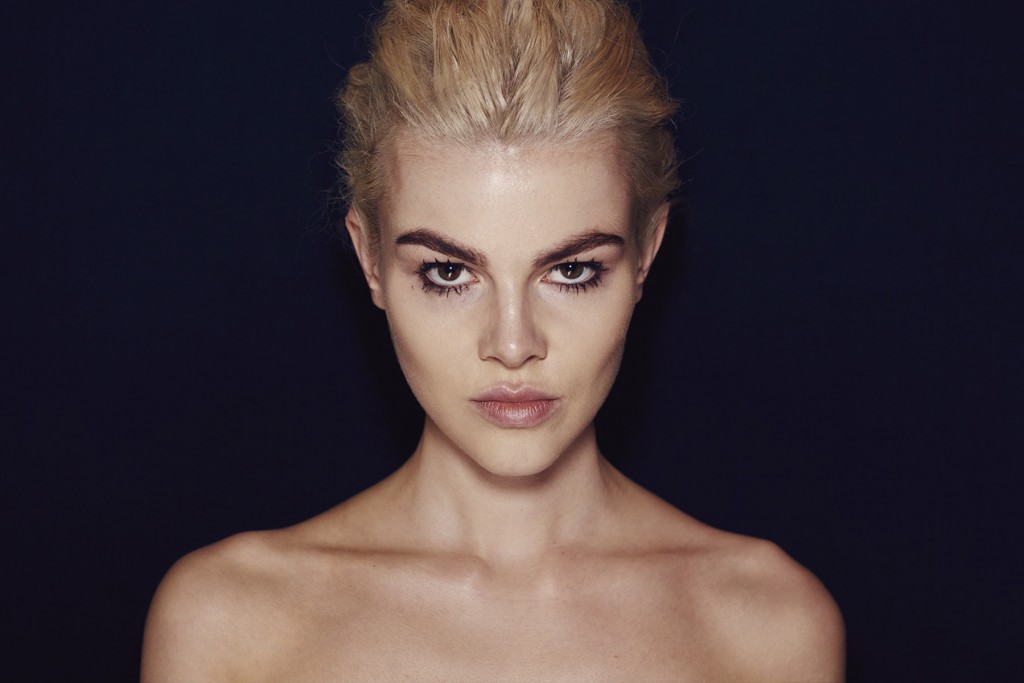 Nigel’s inspiration for the makeup look at Georgia Alice was the quintessential “It Girl”. Using Dream Velvet Foundation on the face with no powder and Blushed Nudes Eyeshadow Palette used for contouring. The wax in the Master Brow Pro Palette was used to shape the brows and then pressing on the powder just under the eye to create a slight highlight under the brow. Lash Sensational Mascara brushed from side to side to create a pointy lash – a quite aggressive and stormy look. Eye Studio Gel Liner in the blackest share was used and a slanted brush to apply to the lashline, smudging along through the eyeliner to create a stormy worn in look.  Baby Lips applied to give a slight sheen to the lips and Color Show Polish in clear to give a hint of shine on the nails. 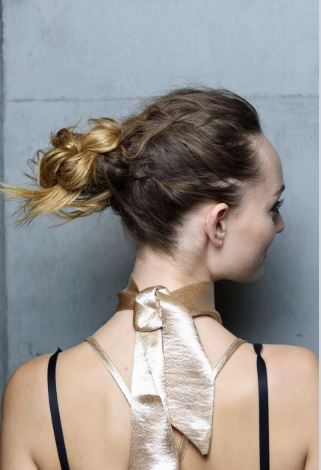 Renya Xydis, Wella Professional’s creative director created a hair look that matched the Georgia Alice girl – an effortlessly cool girl who lets the clothes shine but has a special quirk with her hair. “We’ve divided the hair into two at the back then knotted it over and over through to the ends for a casual, textured look.”

To create the style, hair was pulled back straight without a part and sectioned into two. The sections were knotted over and over and then pinned with U pins and pinned with a large U pin for the every end. Hands were used to create additional texture and soften the look before finishing with Shimmer Delight for shine. 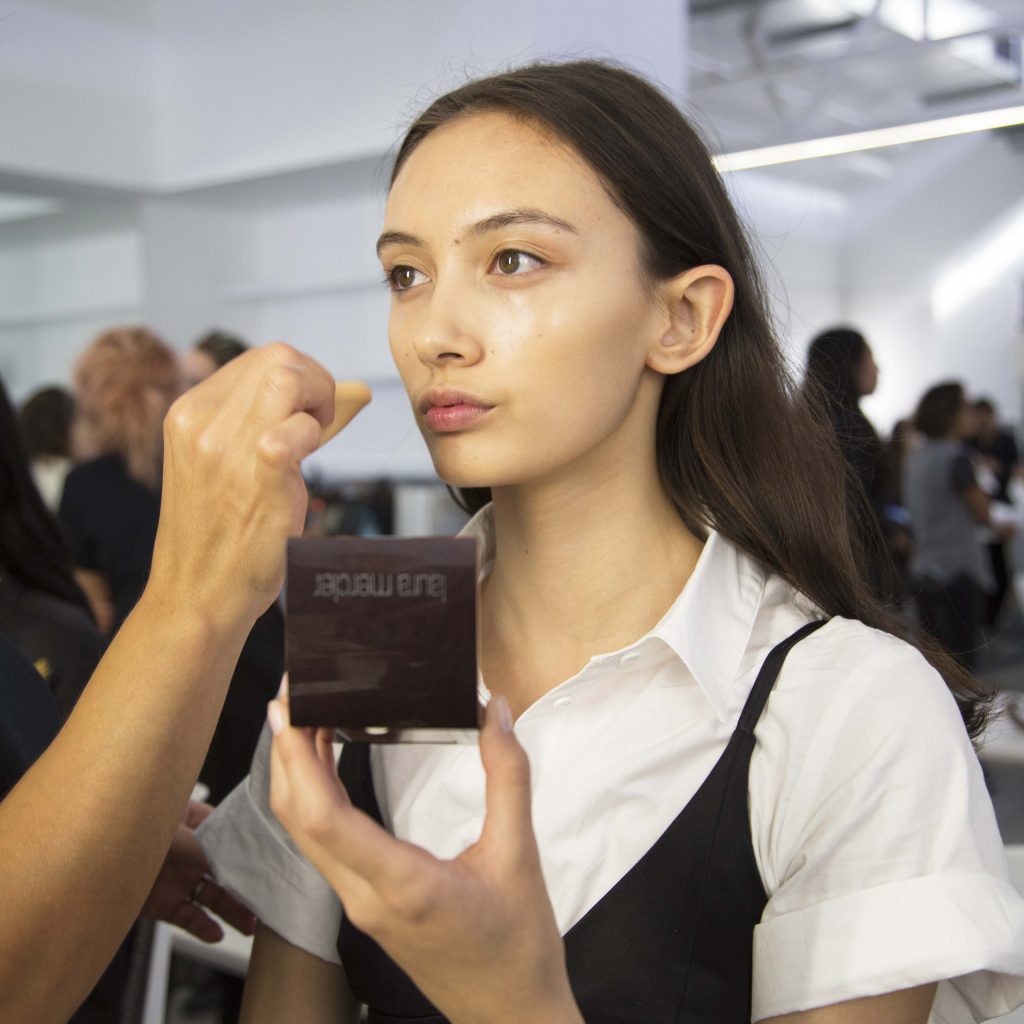 Ania Milczarzyzk, Laura Mercier Makeup Director say “the Albus Lumen look heroes the tinted moisturiser, with a barely there radiance that leaves the skin looking hydrated and glowing. It’s all about that dewy skin with a touch of the Laura Mercier Baked Bronzer as eye shadow and illuminator (Illuminating tinted moisturiser) blended across the cheekbones and tip of the nose. No mascara, a touch of Secret concealer under the eyes and simple brushed up brows, make for an effortless makeup look fit for all women.”

MAKE UP BY MAYBELLINE NEW YORK 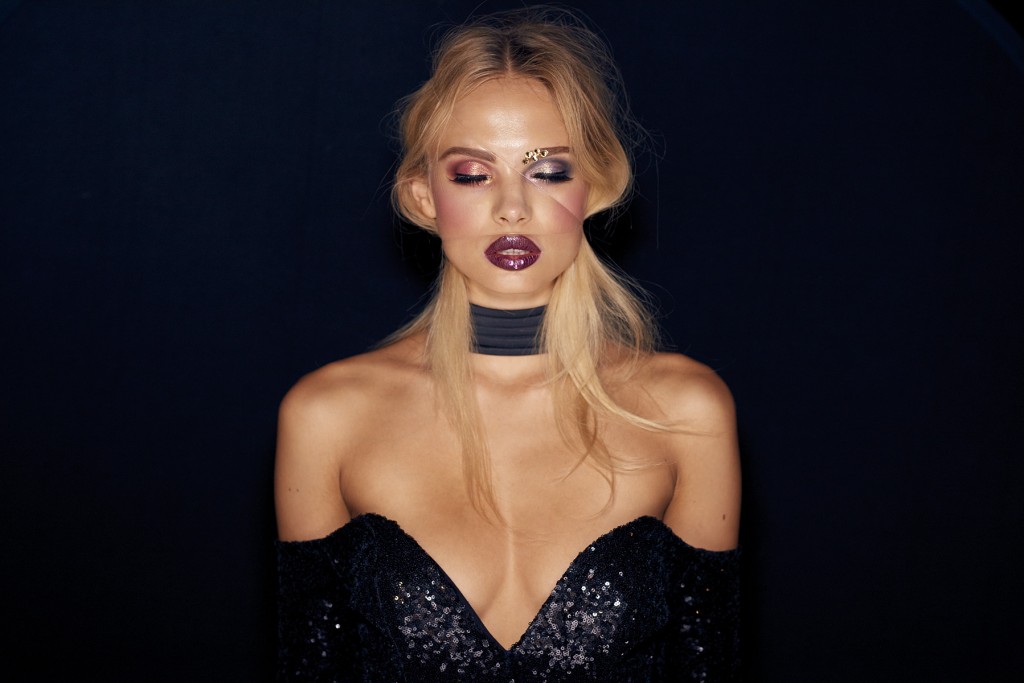 Maybelline New York’s Nigel Stanislaus look for Zhivago was inspired by a cross between Lady Gaga and American Horror story and ‘Death Becomes Her’. The result was a mix of beauty parlour girls with a dark distortion. A dark, subversive edgy look with multi-tonal metallic eyes, jewelled brows and bold , dark plum lips.

Dream Velvet Foundation was used to create a base. Then there were two different looks for the models. For eyes, it was maximising the smokey eye and lashes using Push Up Drama Mascara and one of two shades, Berry Diamonds or Sapphie Diamonds from the Hyper Diamond Eyeshadow range. Brows were an important part of this look and using Master Brow Pro Palette an almost ombre brow was created with stones added for drama. Lips were vampy using Color Drama Lip Pencil in Berry Much or Vivid Matte Liquid Lipcolour in Possessed Plum. The look was finished with a nylon thread across the face to give a Frankenstein twist to the look. 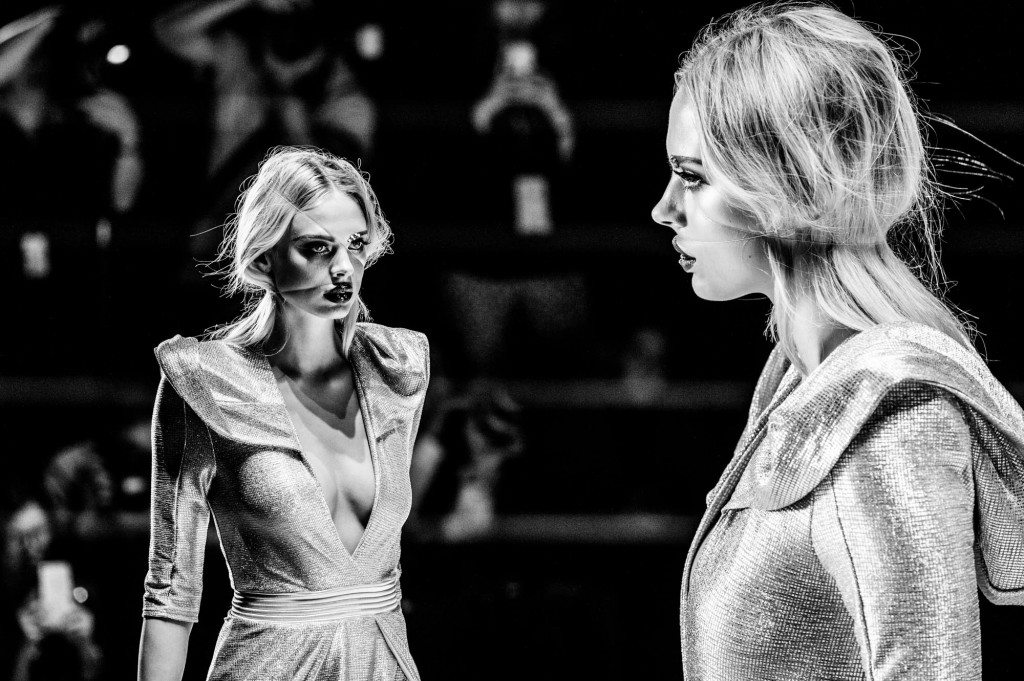 “The effortlessly romantic look I created for the ZHIVAGO Show pays homage to the film ‘Death Becomes Her’…  DIAMOND OIL provided the subtle shine and PILLOW PROOF Two Day Extender created undone texture. I used a curling wand to create extra movement and the hair was cinched into shape with thread to create theatre.”

For coarse hair,  a few drops of DIAMOND OIL Shatterproof Shine or for finer hair ROOTFUL 06 Root Lifting Spray was applied. For dry hair, both products were layered into hair. Hair was blow-dryed on a high heat setting with a medium sized, round boar bristle brush until completely dry. Using a medium sized curling wand, hair was bent to create movement and PILLOW PROOF Two Day Extender added to create extra texture. Hair was cinched at the nape with thread and then finished with TRIPLE TAKE 32 Extreme High-Hold Hairspray.