Consider the idea, living in new untethered abandonment, what was once delicate is now fortified; a woman cast in a robotic matrix. A flower fed artificial nutrients, morphing into abstract man like silhouettes, grown in dark atmospheric temperatures in space; silver and hit by soft waves of light and shadow.

Consider its metamorphosis into fashion, into a woman who wears it. A woman who demonstrates courage and a fuck you attitude to being part of the pack. A woman who stands in abstract formation, swathed in supple volumes and layered three-dimensional textures, she travels and imagines a place beyond her immediate reality. 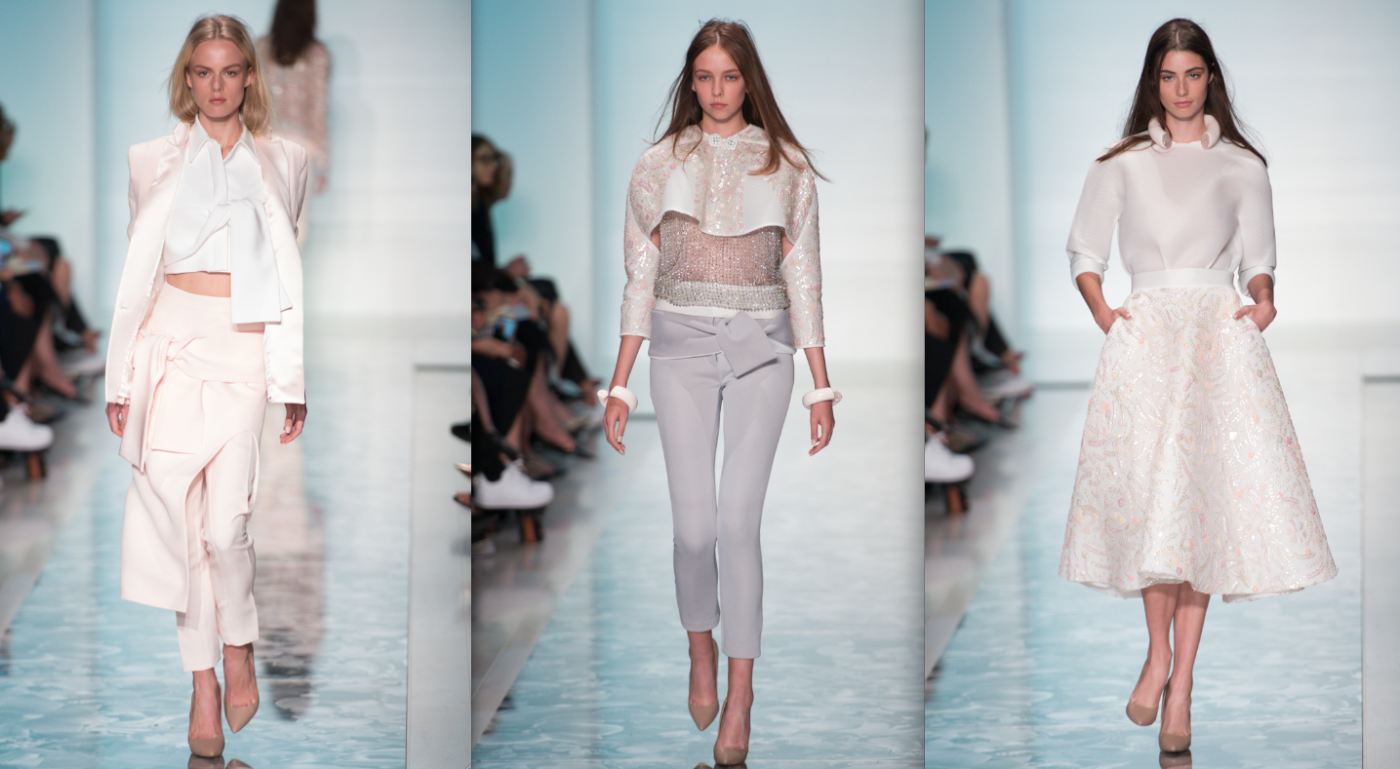 After his show last year receive all round critical acclaim from a what can be a tough fashion week crowd, the pressure was on this year for Toni Maticevski to deliver, and boy did he deliver. People packed into the Theatre space at Carriageworks, dying to catch a glimpse of one of Australia’s most talented designers at work.

The runway gleamed with a polished glass overlaying a beautiful black and white orchid print, representative of the concept of Orchid Metamophosis from which Maticevski took inspiration for his collection.

The master of fabrics, Maticevski, twisted, draped and weaves material in ways never before thought imaginable. Silhouettes were modern and elegant, ranging from long and lean in the form of fitted crop tops and midi length pencil skirts, to full and voluminous, with billowing skirts flowing like liquid as they floated down the runway. 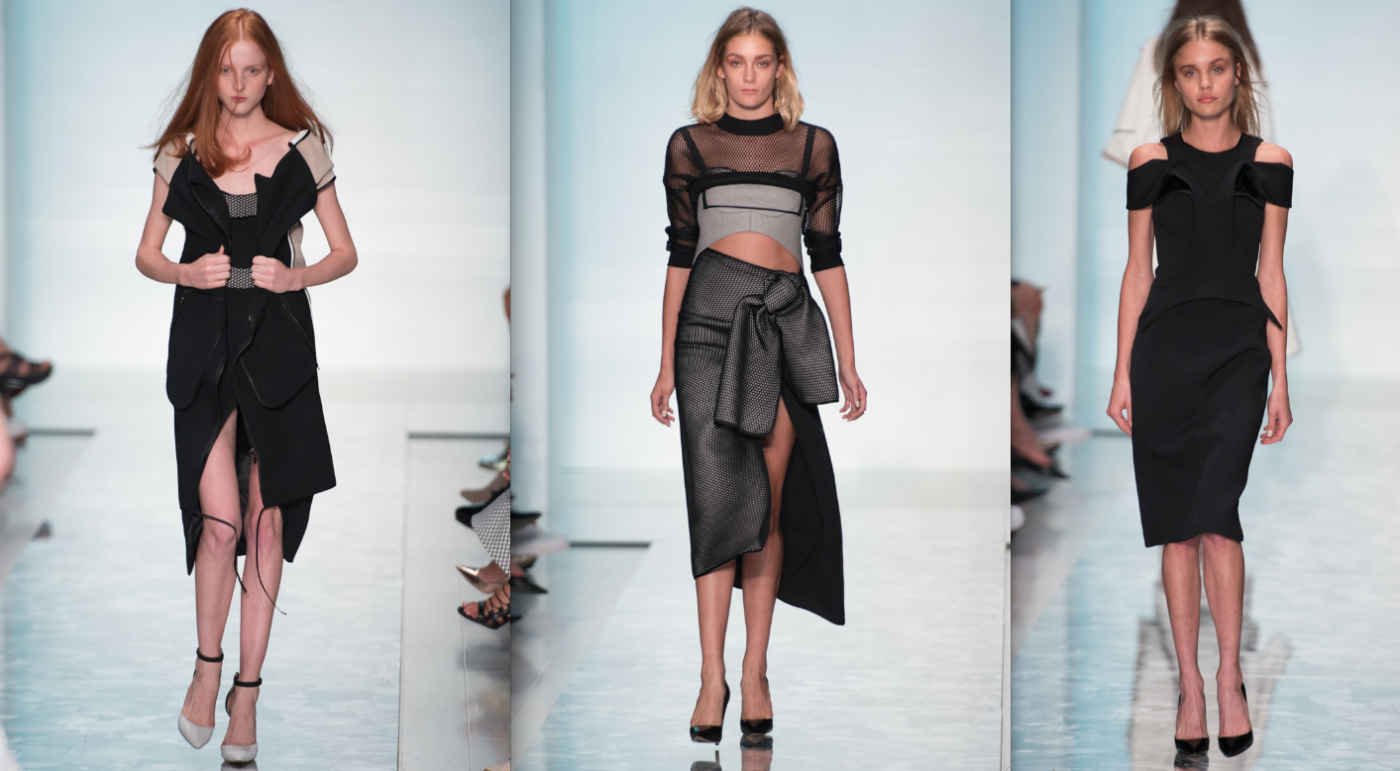 Continuing the use of neoprene from his previous collections, Maticevski kept his signature tailoring, re-working trademark pieces such as his much loved pencil skirts and strapless gowns in new season colours (such as baby pink and fluro orange) and textures (embellished weaves and luxe mesh).

To compliment his collection, Maticevski collaborated with Dinosaur Designs to create a series of accessories. Dinosaur Design’s trademark resin was crafted it into a range of sleek and modern limited edition pieces in pink, polar white, black and clear necklaces and bracelets that curved sensuously around the wrist and neck. Select pieces were dotted with Swarovski crystals which shimmered on the runway. 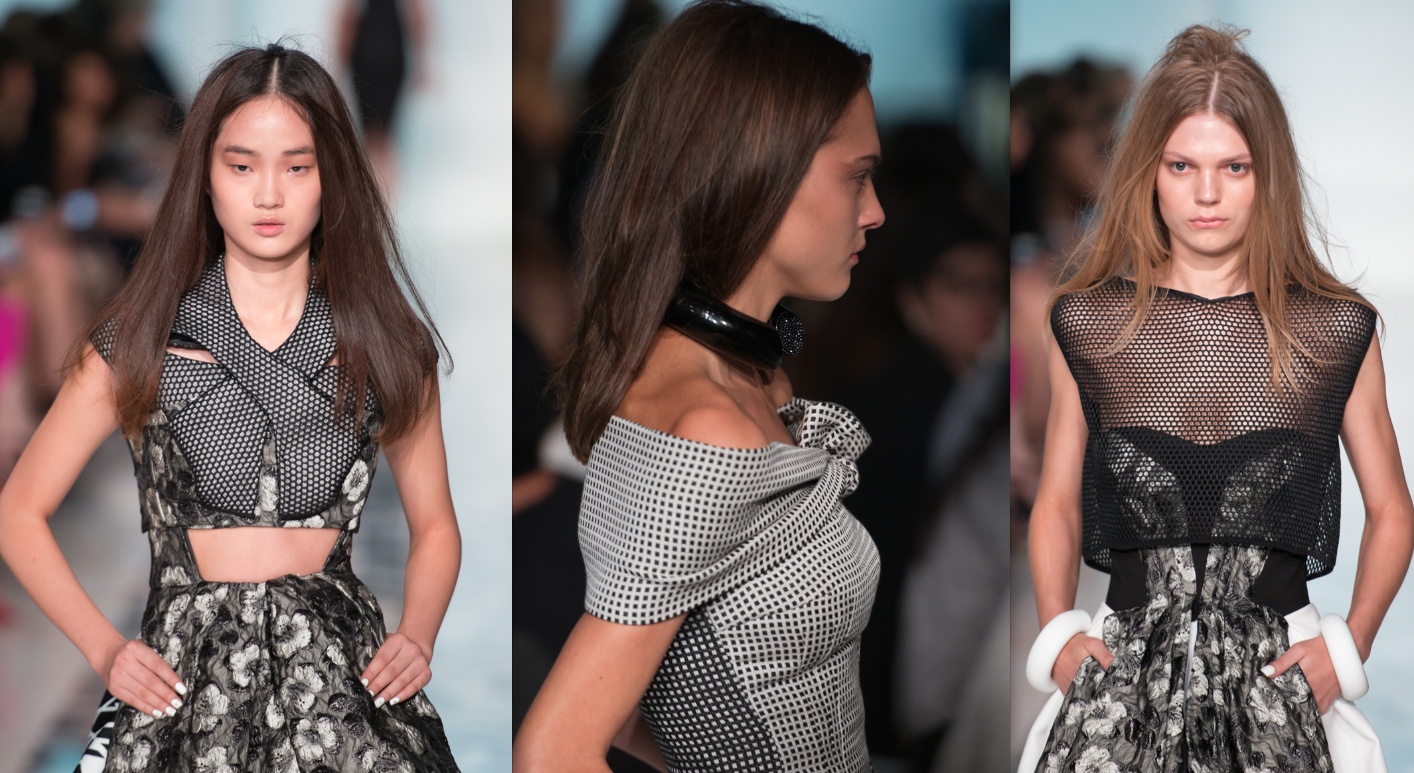 Maticevski worked with the creative team at Maybelline to create a modern and fresh makeup look, focusing on subtle drama in the form of a bronzed smokey eye and delicate contouring. The hair look was created by ghd who used the reference of Bridget Bardot to create a clean style full of bounce and body. The team at OPI created a unique look for the nails, with light pastel colours, covered with a matt coat and quirky messages of love written spelt across each hand.

For the breathtaking finale, models took to the runway with posies of orchids painstakingly constructed by Doctor Cooper in their mouths, each model’s bunch getting larger as they took to the catwalk one by one. Reminiscent of the finale of his red carpet runway at L’Oreal Melbourne Fashion Festival in 2012 where models took to the runway with cutouts of black butterflies between their lips, it’s this type of drama and attention to detail which sets Maticevski apart from the rest.