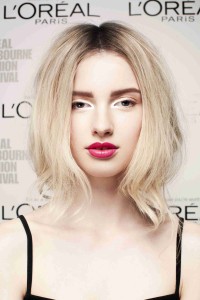 Runway 7 opted for a look reminiscent of the pin-up era, but with the personality of a modern-day woman; think Scarlett Johansson in Vanity Fair. Flushed cheeks, rosy lips, and sparkling eyes made up this look, finished with warm feathering of the eyes and soft, tousled bed-hair. 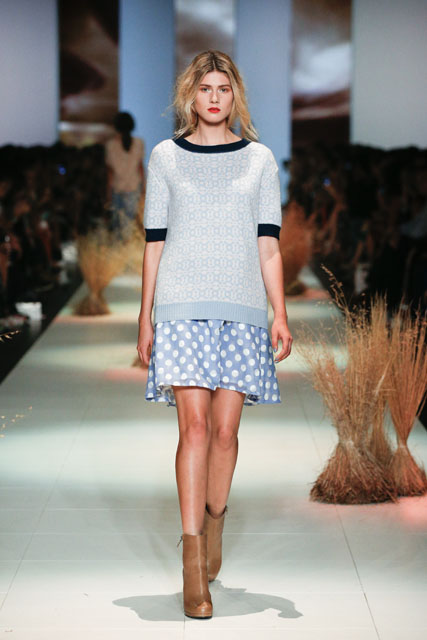 The make-up base followed that of Runway 6, with the Nude Magique BB cream and powder used to illuminate the skin, while brows, eyes and cheeks used the same colour palette to soften and warm the model’s features. Lips however, took a more vibrant turn with the use of  Colour Riche in Intense Fuschia to intensify the pout. 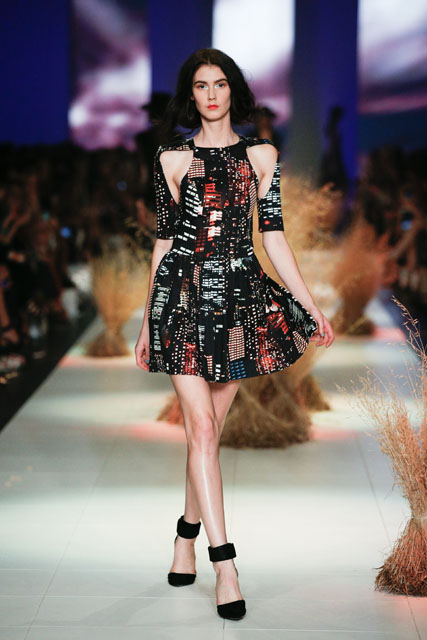 This look gave an ethereal feel to the fashion that was sent down the catwalk, bringing something a little other-worldly to the audience with the whimsical prints of Limedrop, Karen Walker, Jolet, and Secret South. 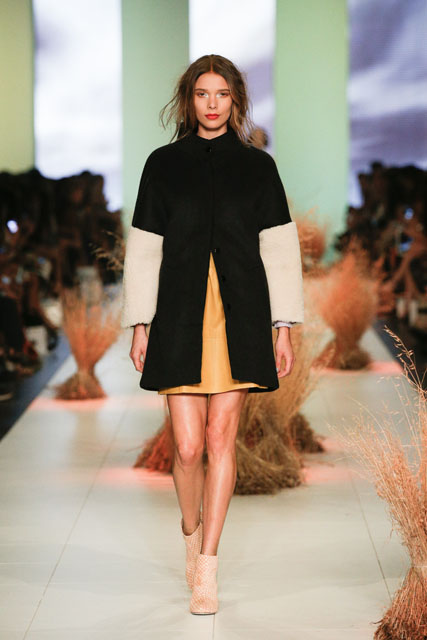 Playful block colours and sophisticated layering (from Gorman, Kuwaii, Secret South)  also adorned the runway, giving viewers a world of innocence and the memories of a bygone era, the models taking on the character of the fresh country girl off to the Big Smoke – a coming of age of sorts.

The international runways were the inspiration behind L’Oréal Professionnel Ambassador Caterina DiBiase’s hair look for Sunday night’s show; drawing upon iconic fashion houses to inform the hair style.  “It was a combination of Dries Van Noten, Calvin Klein and Chloe that did it for me.  The look I ended with is a very soft, low pony tail with a raw texture,” says Caterina. 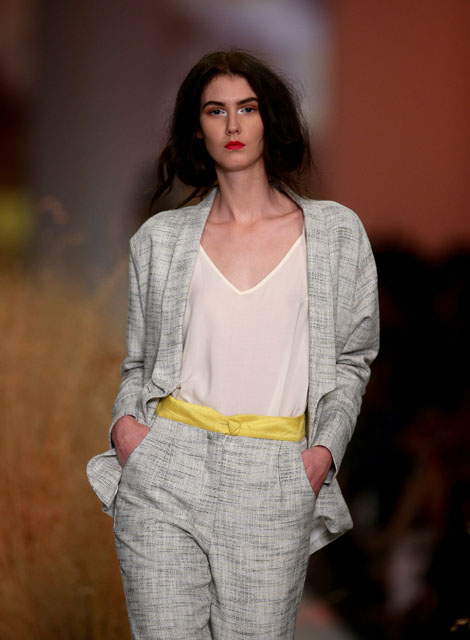 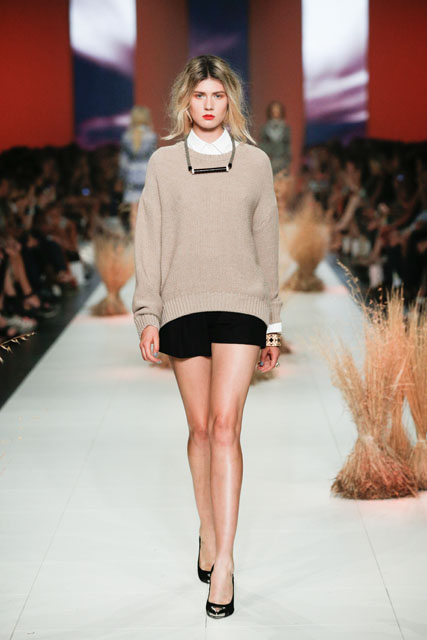 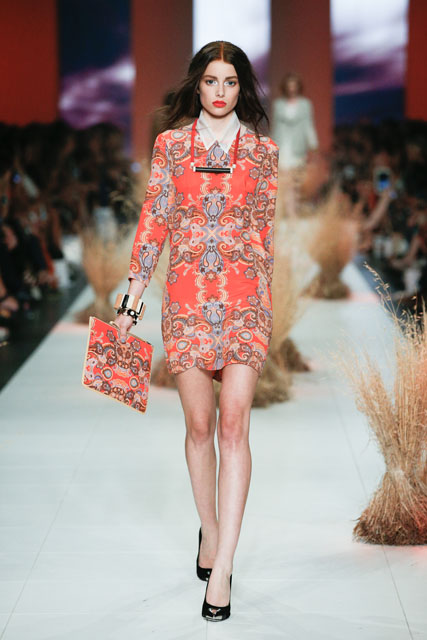 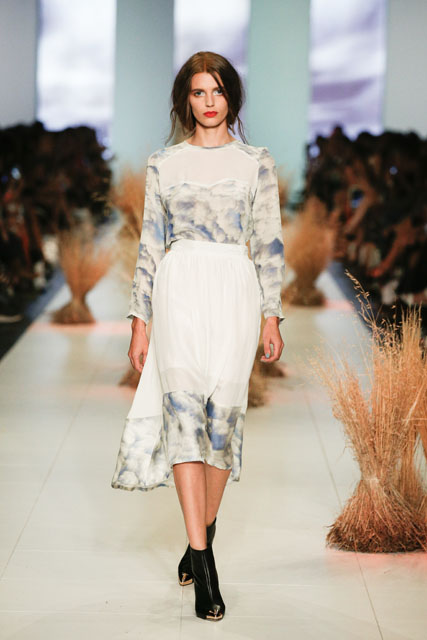 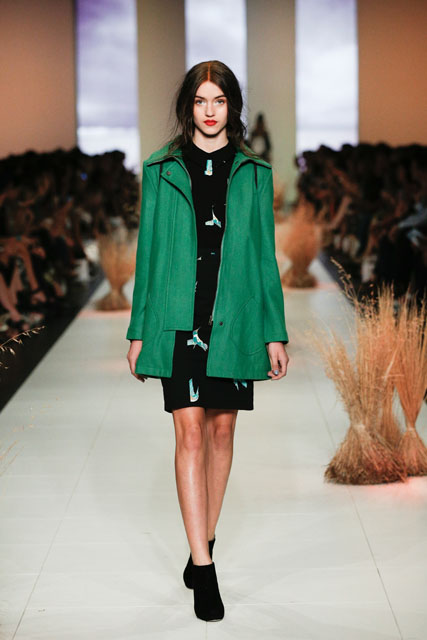 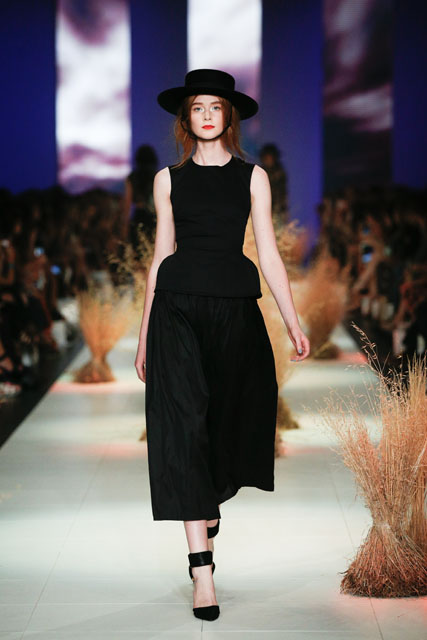 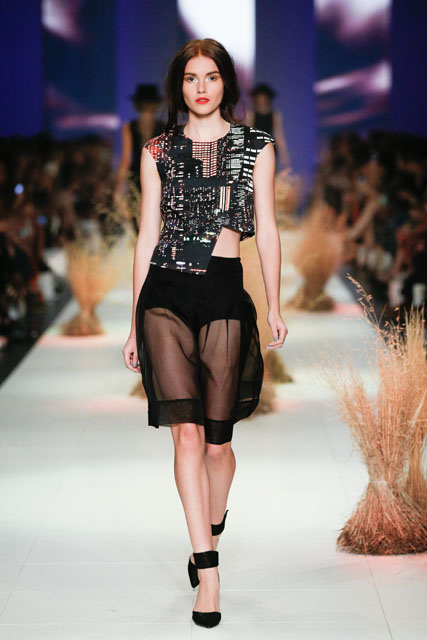 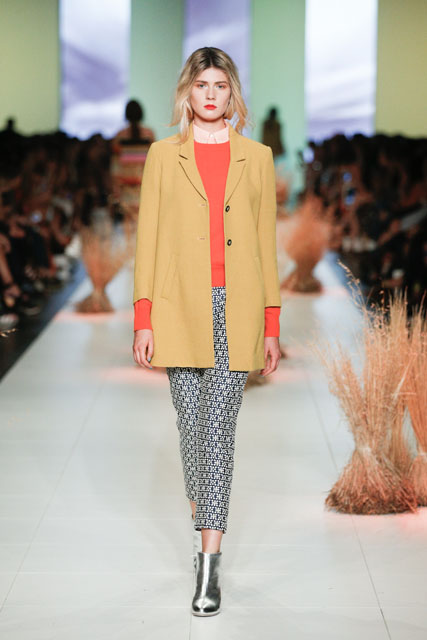 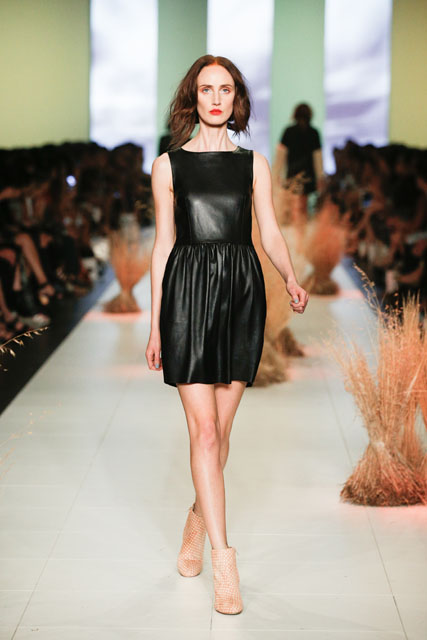