Lisa Teh
Food & Drink, Lifestyle, Travel, Where To Stay 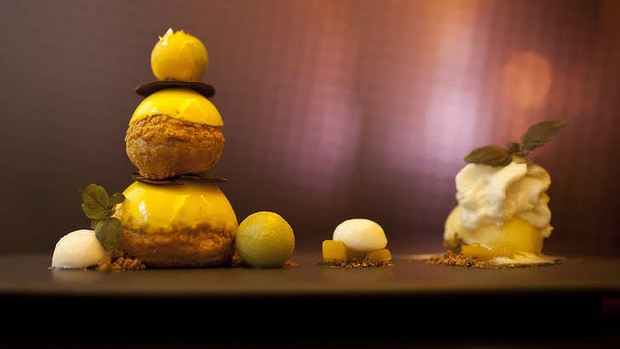 When I’m considering where to eat, how good the dessert is, is often the deciding factor. When I heard that the Adelphi Hotel was home to a restaurant which focused on desserts, l couldn’t get my palette there fast enough.

Those of you who watch Masterchef will be familiar with Christy Tania, whose signature dessert, the intimidating Mango Alfonso, had to be re-created during a pressure test. While the dessert looked sweet and somewhat simple in its appearance, it proved to be anything but. Taking Tania two and a half hours to make, it’s easy to see why this pastry loving chef is the perfect person to head up the dessert centric Om Nom. Speaking of her love for pasty, Tania once said, “Pastry is my life. If I don’t have pastry, I don’t have a life.” It’s this kind of passion for food (in particular desserts) that has seen Tania turn Om Nom into one of the hottest food spots at the top end of town. In a food loving city such a Melbourne where every man and his dog is a critic, gaining a point of difference is a must. Om Nom achieves this is spades by turning the menu upside down.

Starting with the main courses, the menu prepares your palette for the primary course (dessert) by tantalising it with an assortment of savouries. Standouts include the Pan seared duck breast with duck confit, apple cider jelly, galangal honey sauce, celeriac puree and celery coulis, and the foie gras with caramelised fig, fresh goat curd, garlic chives and toasted sourdough.

The cold Japanese buckwheat noodle, kambu broth and vegetable tempura is a great modern take on a classic dish, while the wagu sliders with caramelised onion go down a little too easily! There is also an extensive drinks menu where the highlight is the amazing cocktail menu, which puts an Om Nom twist on classic drinks, and introduces new concoctions which are sure to become quick favourites. 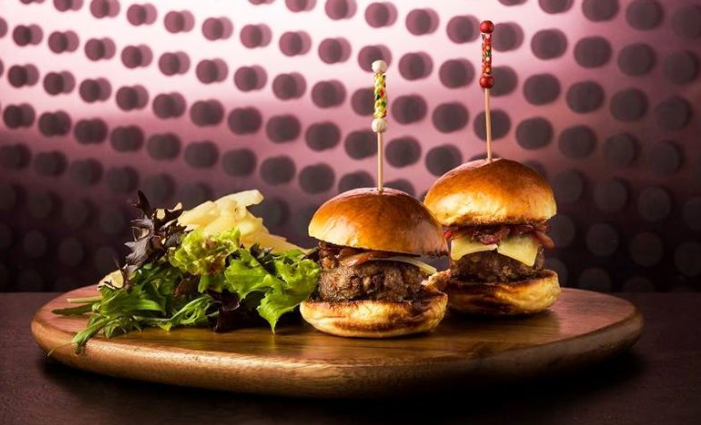 Moving to the real heros of the menu, the 9 dessert options make it almost impossible to chose just one (this is where the dessert degustation (giving you 3 picks from the menu) looks like a good option!). You can’t go past Tania’s signature Mango Alfonso which sees mango and shiso profiteroles complemented beautifully by kalamansi sorbet and coconut lemongrass foam. The Basil Garden which combines vanilla, olive oil and honey ice cream with a lime, basil and white chocolate cremeaux all in a chocolate pot with white chocolate sauce and chocolate soil is pure genius. The delectable Raspberry Field looks almost too good to eat. The raspberry and lychee sorbet and raspberry panna cotta, is styled into two delicious looking toadstools. Instagrammers will be in heaven.

So while the entrees and main courses stand up to the likes of the food at nearby competitors, Chin Chin and Supernormal, it’s really the dessert which makes Om Nom stand head and shoulders above the competition. To quote writer Ernestine Ulmer, “Life’s is uncertain. Eat dessert first”, and at Om Nom, who can argue with that.