Kiehl’s has always had a strong tie to the community, right from the very beginning when it was a small apocathery in NYC. The Mission of Kiehl’s embodies the importance of giving back to the communities in which they serve their customers every day. Further to this, is the connect Kiehl’s has with the arts. As long-time collaborators with artists and musicians, Kiehl’s has always supported those paving the way in the creative industries.

True to their commitment, in 2016 the brand will lend support to The Australian Children’s Music Foundation, an organisation that each and every day, brings the gift of music to children living in disadvantaged and remote areas of Australia. For six weeks, throughout July and into the beginning of August, Kiehl’s will feature a Limited Edition label on our number one selling product, Ultra Facial Cream. For this period, $2 from each limited edition product sold will be donated to The Australian Children’s Music Foundation. 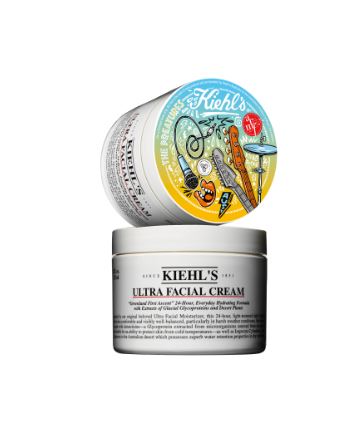 The Australian Children’s Music Foundation (ACMF) was founded in 2002 by Don Spencer OAM to address the needs of children who are deprived of the benefits of music education. The ACMF is a charity that provides free music lessons and musical instruments to tens of thousands of disadvantaged and Indigenous children and youth in schools, juvenile justice centres, community centres and hospitals throughout Australia. Don Spencer has seen firsthand just how impactful music can be on the lives of all children. “Research has proven the importance of music and arts education and yet so many children don’t have access to music lessons. This is alarming. Every private school in the world teaches music. When I was young, every school had a music teacher and a piano. Now in Australia, 75% of public schools do not have a specialist music teacher”, says Spencer. 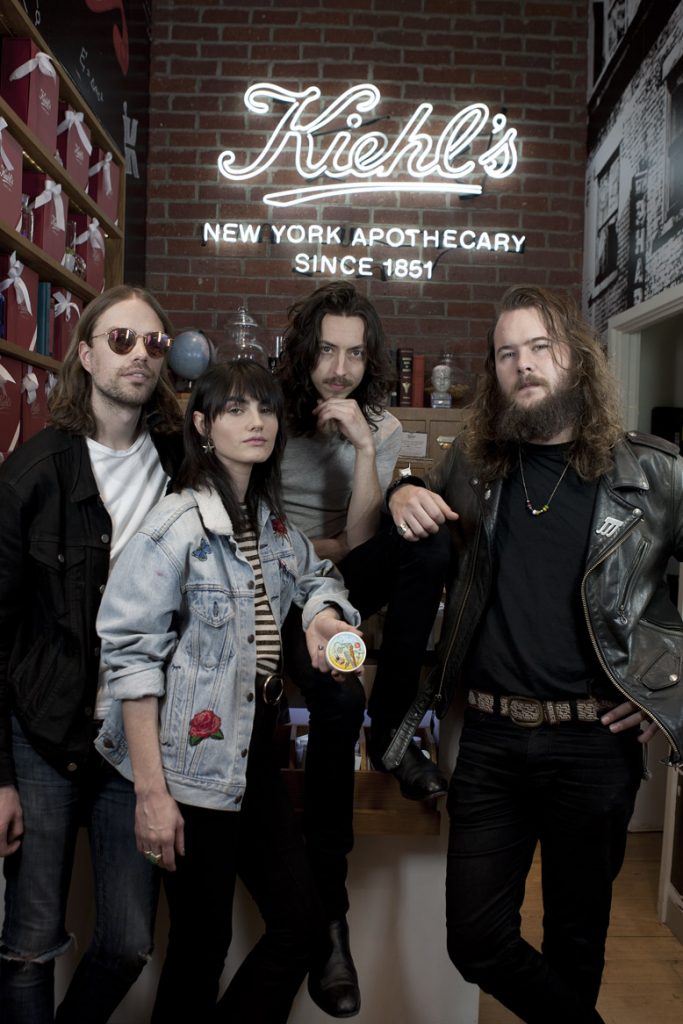 However, to really support the work of ACMF, Kiehl’s has partnered with one of Australia’s most prolific and well-respected 21st century Australian bands… The Preatures. The collaboration marks the beginning of a very important relationship with ACMF, with both Kiehl’s and The Preatures engaging in awareness raising activities to support the work of this not-for-profit organisation.

Deeply entrenched in the Australian music scene, The Preatures prove the perfect partner to raise awareness for ACMF – an organisation that strives each and every day to bring music to the lives of disadvantaged children around Australia.

The Preatures, who first catapulted onto the music scene in 2011, have shown that home-grown Australian talent is truly recognised and praised for their sound globally. Comprising Isabella Manfredi (lead vocals), Jack Moffitt (guitar), Thomas Champion (bass) and Luke Davison (drums),

The Preatures are showing no signs of slowing down. The rock n’ roll quartet, regulars on the Australian and international touring circuit, continue to tick-off a bucket list envied by musicians globally. Packed out performance at Coachella? Check. Debut album released to rave reviews? Check. GQ ‘Band Of The Year’ Award? Check. Now, in 2016, The Preatures join an incredible line-up of both Australian and international artists at Splendour in the Grass in Byron Bay.

Beyond featuring on the Limited Edition Ultra Facial Cream, The Preatures will support and join in the conversation with The Australian Children’s Music Foundation about the importance of music in the lives of children everywhere.

The Kiehl’s Limited Edition Ultra Facial Cream, featuring both The Preatures and ACMF, will be available in store and online from the 26th of June, 2016, with $2 from each product sold going towards supporting the work of The Australian Children’s Music Foundation.

Visit www.kiehls.com.au or your local Kiehl’s Boutique or counter at Myer or David Jones.