Telegraph Ave sets the scene for this month’s playlist, full of RnB, Hip Hop and a bit of house too, inspired or heard on my recent trip to LA. The Childish Gambino album cut starts with the door opening to his car and radio station Power 106 playing on the stereo. You spend a lot of time in LA driving around and Power 106 was always playing on the radio for me; many of this month’s tracks I discovered on there. 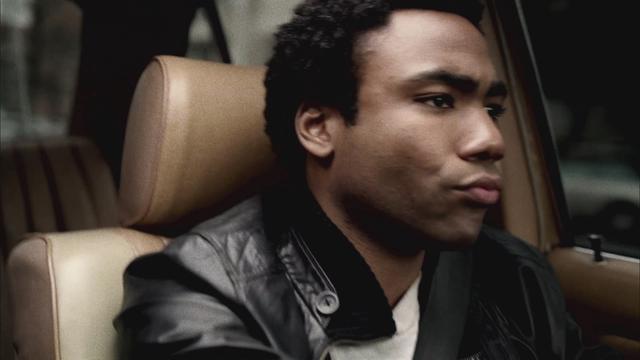 Song: Do It Again

After releasing their collaborative album earlier in the year, Chris Brown and Tyga have teamed up again with Loyal producer Nic-Nac to feature on Pia Mia’s single Do It Again. Jason Derulo (you’re singing his name in your head, aren’t you?) has teamed up with Tropical House wonder-kid Matoma, who I included in last month’s playlist with his Biggie bootleg, to produce the track that is going to take Tropical House to the next level, thanks to a feature by Jennifer Lopez and Derulo’s commercial appeal.

Jamie XX’s album has finally dropped and amongst a barrage of steel drums and a soulful vocal sample, the producer for The XX has rapper Young Thug and dancehall artist Popcaan on the most crossover track from the release and it’s …Good Times.

Producer Duke Dumont has given his 2012 single The Giver a radio-friendly refresh, or reprise rather, that gives new life to a timeless dance track.

I’ve been hanging out for a Diplo and Ellie Goulding collaboration for some time and they’ve finally come together for this Powerful track, under the front of Diplo’s side project Major Lazer with reggae singer Tarrus Riley in duet with Goulding. It’s not a dance track like Lean On but it’s a weapon nonetheless.

Losing your virginity has never sounded so gangsta as rapper/producer extraordinaire J Cole recalls his first time with a girl, Wet Dreamz and all…

I love the new direction ex-Silverchair frontman Daniel Johns has gone with for his debut release and for Cool On Fire, a collaboration with Lorde’s producer Joel Little, Johns has delivered a solid offering of electro-pop.

The Chemical Brothers have paired up with A Tribe Called Quest’s Q-Tip again (Remember Galvanize?) for GO and they’ve upped the tempo since last time they collaborated; this one’s made for the club.

Song: Feels Like It Should (Feat. Freaks In Love)

Legendary Australian house producer GT aka Groove Terminator aka ½ of Tonite Only, has joined forced with newcomer producer Wildfire for a smooth guitar-led house track with vocals and lyrics from 1/3 of The Potbelleez; so that’s why Feels Like It Should is as catchy as Don’t Hold Back!

Imagine if Timbaland, Cashmere Cat and Hudson Mohawke got in the studio and made a beat? They don’t need to now that 18-year-old producer Mura Masa has dropped Lovesick Fuck. The steel drums are all-time.

Skepta was one of the dozens of grime MCs on stage with Kanye West at the Brit Awards this year and Shutdown is set to break the rapper/producer across the pond, and perhaps even locally. He spits about his spot on the Frow too!