As the former Senior Fashion Editor for Elle China, Leaf Greener certainly has her finger on the style pulse. A street style favourite at fashion week, Greener is famed for her bold, sartorial style, not afraid to mix colours, silhouettes and textures all to great effect. During her time at Elle, Greener styled some of the biggest names on the entertainment scene including Hollywood star James Franco, style icon Caroline De Maigret and Chinese superstars Fan BingBing and Angelababy.

While Greener is fashion forward when it comes to her outfit choices, it’s on the digital scene where Greener is really making her mark. Credited as one of the innovators changing China’s media landscape, Greener is making waves with her new approach to digital media. Since leaving Elle, Greener has founded her eponymous digital magazine, Leaf, which is published exclusively on China’s messaging app WeChat.

“Because I worked for print for 10 years, I felt like I needed to do something different”, says Greener. “Because so many people are on WeChat, I decided to launch an online only magazine. The magazine is very niche. It’s not for the mass market to read. Every issue has their own theme.”

So what is WeChat and why should we know about it? Let’s start with the numbers. WeChat has 1.1 billion users as at last count with 549 monthly users. While WeChat is huge in China, a staggering 100 million people use it outside of China. These statistics means it’s the most popular messaging service in the world. But is so much more than that. “It’s got a lot of functions”, says Greener. “It’s different to What’s Ap. You can use it to play videos, GIFs and publish content. A lot of people want to read by mobile now.” Users can also use its other functions such as WeChat Wallet for online payments, live streaming for events, a translation service and barcode scanning, as well as subscription services for WeChat content streams such as Greener’s. 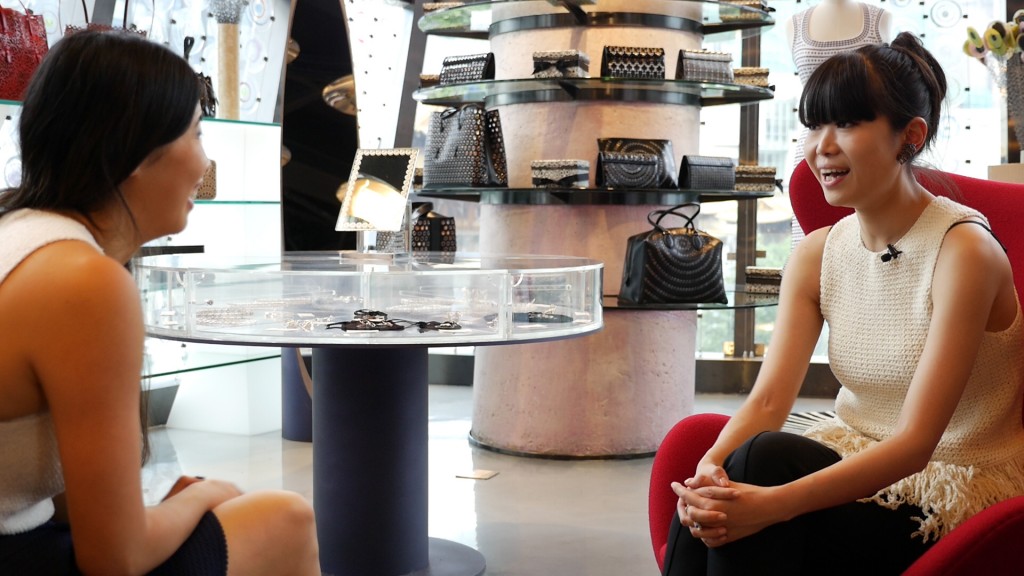 While predominantly a messaging Ap, WeChat’s multitude of functions and captivated audience make it the perfect testing ground for new forms of digital publishing and media. WeChat’s extensive functionality has quickly seen it takeover its counterpart Weibo (China’s answer to Twitter) in popularity. This stems predominantly from the fact that Weibo is really designed for desktop, not mobile.

While most luxury brands have jumped on the social media market in China through Weibo, very few have tackled WeChat with Burberry, Yoox and MCM the brands leading the way on this platform. This has given them an advantage by being able to reach the rapidly growing consumer class in third- and fourth-tier cities, the majority of which lack direct access to luxury brands.

WeChat allows its publishers to monetise their accounts through click ads. There is also talks of a virtual WeChat mall after the success of WeChat Wallet and WeChat payment. Consumers have become increasingly comfortable with making transactions through their mobile. During Chinese New Year, WeChat users made an astounding 4 million payments as part of a promotion called Lucky Money, which coincided with the Chinese traditional of monetary gift-giving on special occasions.

This move to a new form of digital publishing stands innovators like Greener in good stead to capitalise on consumers increasingly leading more digital lives. “In the future, more people will use WeChat globally”, predicts Greener. “While I’ve always wanted to be an Editor, I don’t want to be a traditional Editor any more.” WeChat has given her the perfect platform to convey her stories with a captive audience just a click and swipe a way.

View the gallery below to see some of our favourite Leaf Greener street style moments.