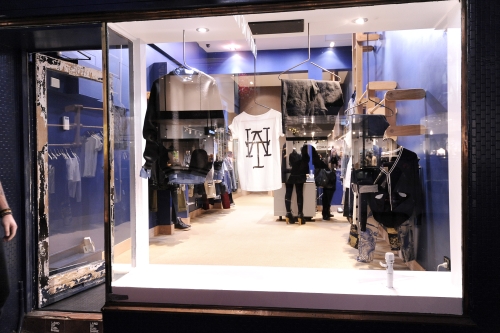 At the front of the store in the early evening, guests were escorted through Roy’s latest collection. A classic yet modern wintery street-chic style which included foiled denim and preppy knits.

Outside the front of the store, the events media wall was sprawled out along the iconic Chapel Street, cleverly depicting a police line up. Tying in with the thieves theme, guests and models were branded with their identifying offences and fun mug shots were taken. Many laughs were had and guests even got mug shots taken with the ever so popular Roy Christou. 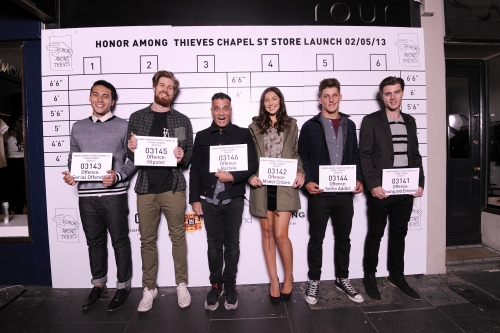 Moving to the back of the store, the cool crowd spilled out into the alley way where models, fashion bloggers, Melbourne’s well known fashion faces and local young fashion hipsters mingled and chilled to the beats of DJ’s Mike Wale and Matthew Moopie spinning tunes on decks. The outside scene, with a funky Gazeebo lined with coloured party lights serving Quiet Deeds Pale Ale, Chardonay and Coconut water definetly gave a fiesta feel to the event. A very fun, casual and sociable party to launch the store opening.