Known in the industry as ‘The Body’, Heidi Klum showed exactly why she was the perfect collaborator for lingerie giant Bendon, as she fronted the Melbourne crowds to launch her new line, Heidi Klum Intimates T Myer. The supermodel kicked off her first in-store appearance for her world tour in a slinky black dress, highlighting her flawless figure.

CLICK HERE TO FIND OUT MORE ABOUT HEIDI KLUM INTIMATES 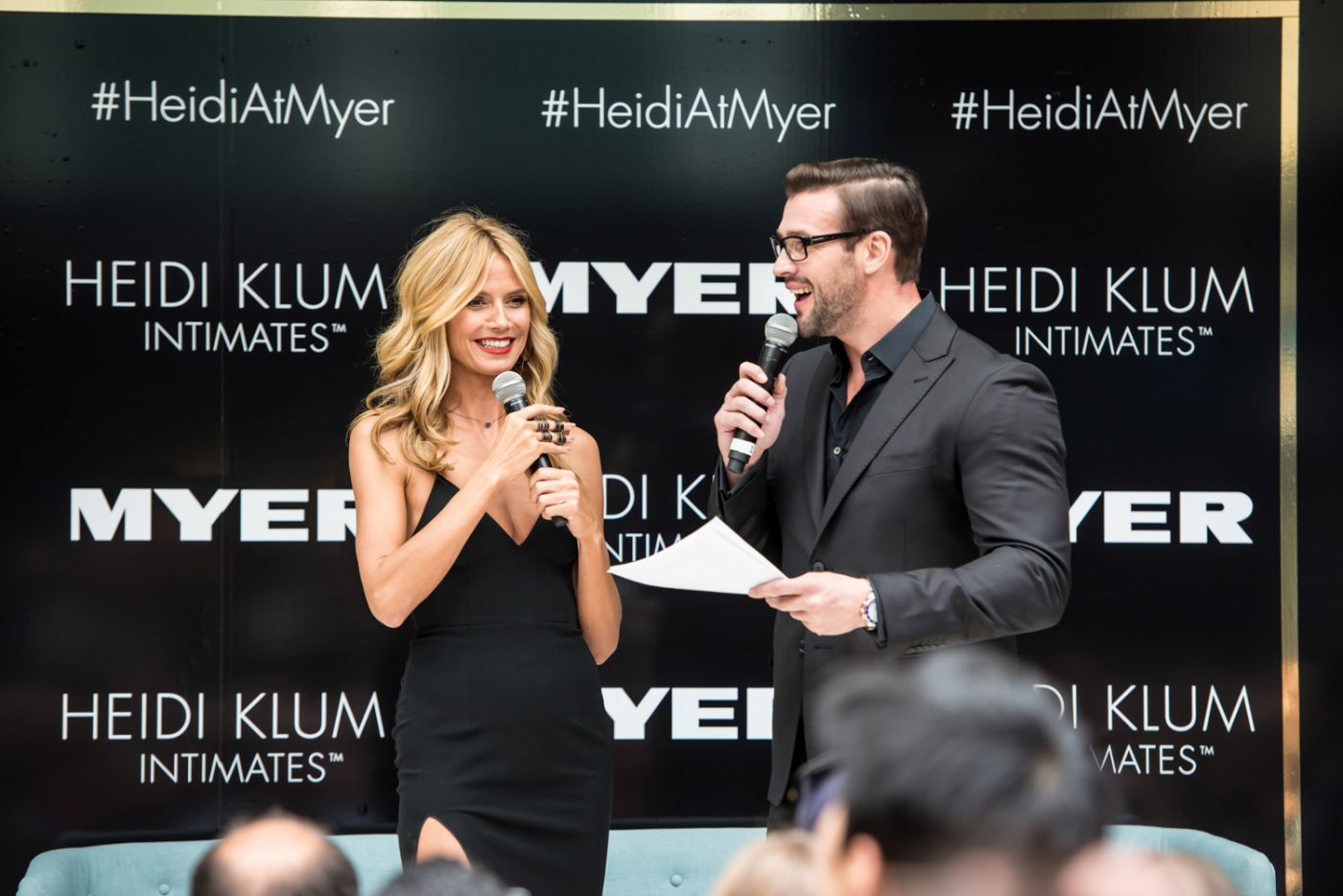 Joined on stage by Myer Ambassador Kris Smith, who was no doubt loving the opportunity to share the stage with the German entrepreneur, Klum presented her new range to the adoring public. Arriving on a tram which was covered with her new campaign images, Klum was joined by a group of models showcasing her designs. The models of different body shapes highlighted the importance for Klum of having designs which suited women of all shapes and sizes.

Klum not only spoke about the inspiration behind the collection, but also took the time to take selfies with fans. Fresh off the plan after an intimate event in Bondi yesterday to launch her collection in Sydney, Klum shows no sign of slowing down as she flies back to Sydney for an appearance at David Jones tomorrow.

You can shop Heidi Klum Intimates online and in-store now.