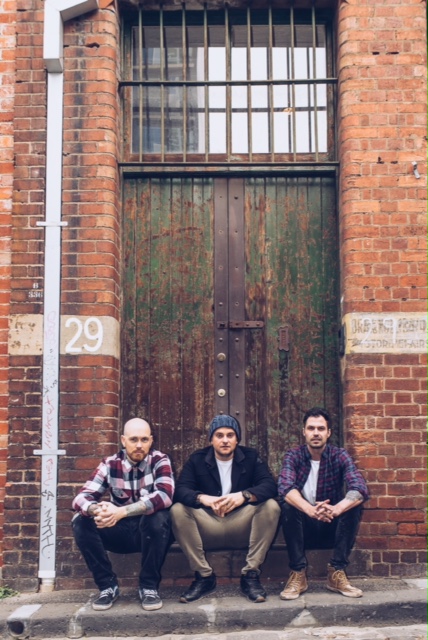 Melbourne’s finest have come together to launch the newest edition to Melbourne’s food scene, Rustica Canteen.  The Canteen is set to launch in August in the heart of Melbourne’s CBD on Guildford Lane offering Melburnians a delicious array of pastries, fresh artisan breads, All Press coffee and a selection of sandwiches made to order, all created by the best in the business..
Rustica will be serving up culinary treats to tempt the sweet tooth as well as freshly made breakfast and lunch dishes from quinoa and coconut cream pudding to garlic and rosemary lamb shoulder and featuring Rustica Sourdough’s famous sourdoughs and breads, the canteen is set to be a welcomed addition to the CBD.
All three partners have a track record of creating and working with some of Melbourne’s best cafe’s that have become institutions on Melbourne’s cafe scene. The three partners, Brenton Lang from Rustica Sourdough, Tristan White, head chef at Ladro and Touchwood, and the brain behind Coin Laundry, Tall Timber, Touchwood and The Marquis of Lorne Hotel, Matt Vero are combining the very best of their individual ventures and tailoring them specifically for the CBD foodie.
Rustica Canteen is open seven days a week at 33 Guildford Lane, Melbourne.
HANOI HANNAH TO OPEN IN ELWOOD 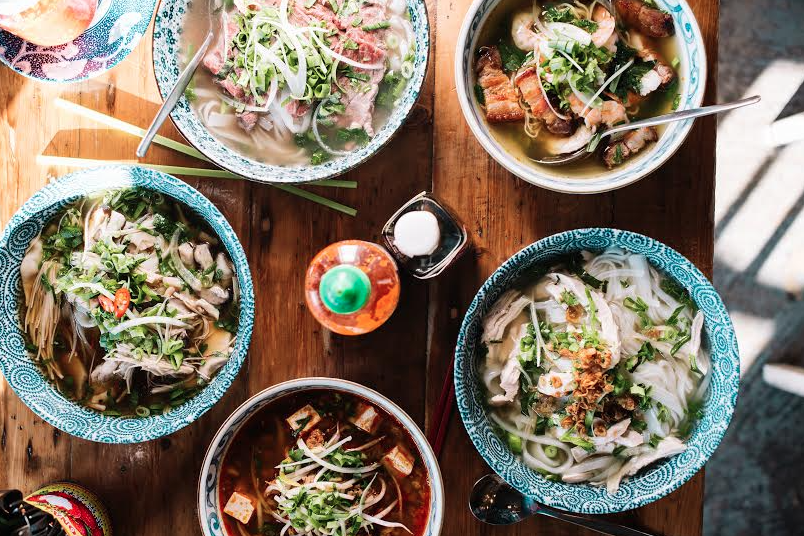 After signing the lease on their new digs at 24 Ormond Road, Elwood, the team behind Windsor’s most famous foodie trio, Hanoi Hannah, Saigon Sally and Tokyo Tina, put the fate of their latest venue in the hands of the public; calling a vote to decide which of the three will open a twin in the leafy suburb. The results are in and Southsiders will be thrilled to hear that High Street’s most popular hawker bar, Hanoi Hannah has been victorious, just beating its more spacious siblings to take the Elwood crown.

Proving that good things come in small packages, Hanoi Hannah – which seats just 45 – has amassed a cult following during its four years of existence. Partner Simon Blacher suggests that the venue earned its popularity through serving tasty, consistent food and creating a great vibe.

Diners will now be able to sip from tropical umbrella-laden coconuts just a short stroll from the sea, munching to hip-hop beats and enjoying many of the dishes from the Windsor original. Favourites such as the subtly spicy yellowfin tuna and wasabi ricepaper rolls, and pho (beef, chicken or mushroom) served with rice noodles, fresh Vietnamese herbs and stocks will appear on the menu.

A wide selection of refreshing beverages such as the Mekong mai tai and the gin and fresh cucumber slushie will be available. 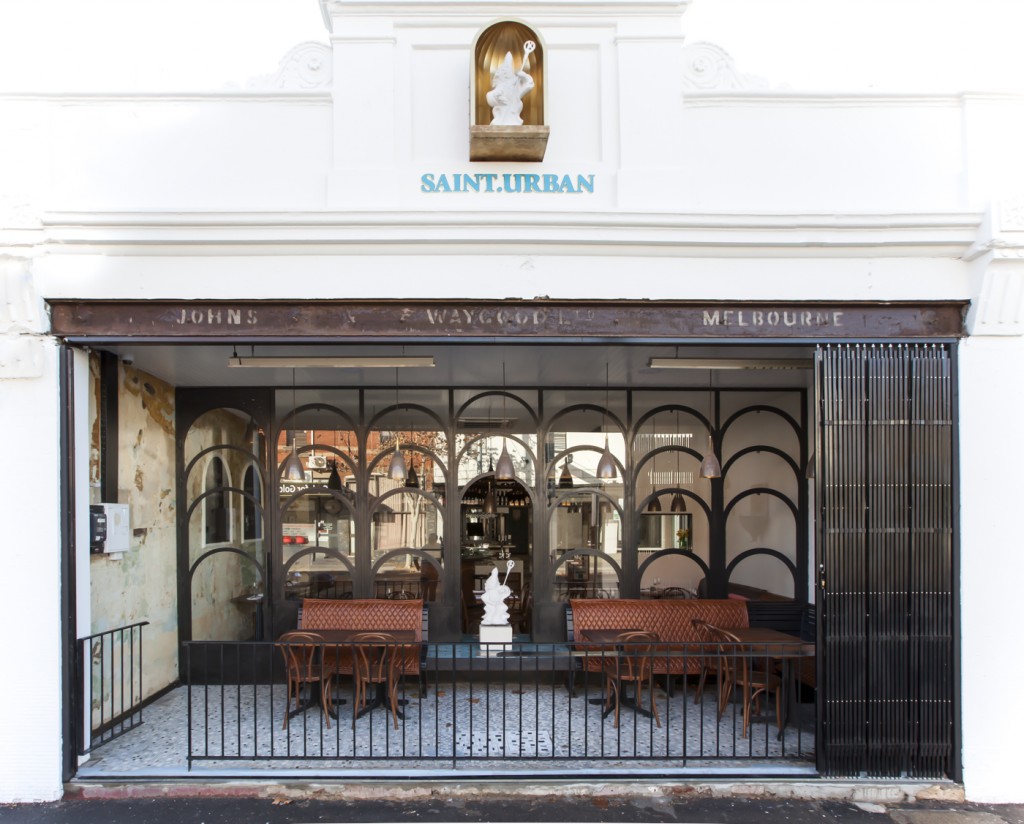 Enticing diners with its relaxed neighbourhood charm, new Swan Street wine bar Saint.Urban has already become a regular go-to destination for Richmond locals. Launching last month, the venue is located just a stone’s throw from busy Church Street and boasts an inviting open-air dining space for up to twelve as well as indoor seating for 55 guests.

Head chef Daniel Schelbert has created an approachable menu made up of classic dishes done well. Lazy afternoons on the terrace will be wiled away with oysters, cheese and charcuterie or indulgent snacks such as sheep’s haloumi with peppered wild figs or pork trotter croquettes, sauce gribiche.

Aiming to become a community asset, Saint.Urban hopes to attract guests at all hours of the day and night, whether they’re looking to pore over the newspaper with a wine in hand or spend a few hours enjoying a three-course meal. To support this intention, starters, entrees and mains are all encouragingly priced (entrees below $20 and mains around the $30 mark).

The carefully curated wine list showcases a bunch of Australian and European varieties, with sixteen offered by the glass. Constantly evolving, there are bottles aplenty under the $70 mark. Friday nights look to be a haven for wine buffs with a selection of high-end bottles opened to taste and order by the glass.

Saint.Urban will be open Tuesday to Thursday from 3pm – late and Friday to Sunday 11am – late 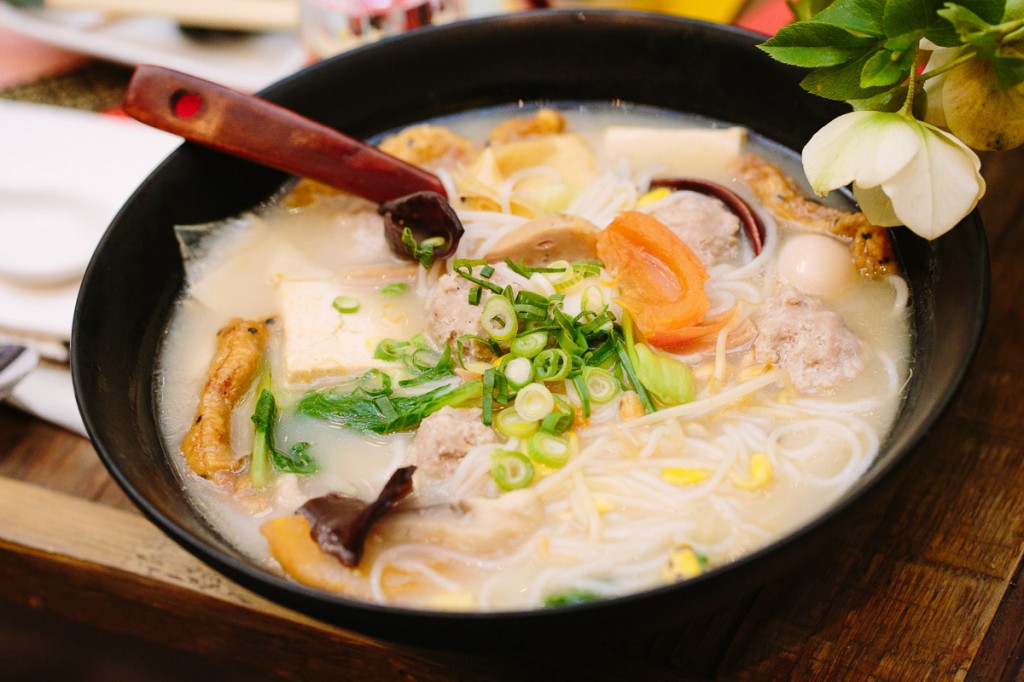 The new food offering at Highpoint’s Level One is inspired by the community, culture and soul of bustling Asian cities – transporting the flavours of the East to Melbourne’s West and transforming over 3,000 sqm into an expansive dining area with restaurant seating for 800. The ultimate environment for some ‘urban gastronomy,’ the precinct is a place where Highpoint shoppers can relish delicious dishes in a relaxed atmosphere without the ‘grab and go’ mentality that usually accompanies food courts at major shopping destinations. Level One will feature six new restaurants exploring Asian cuisine including Ajisen Ramen, Dumplings Plus, NeNe Chicken, Roti Road, Saigon Square and Tina’s Noodle Kitchen.

Highpoint’s latest precinct redevelopment also sees the construction of a sweeping retractable staircase. Designed as a communal meeting point that bridges the area between the new and current precincts, the staircase can be withdrawn to accommodate the retail destination’s ongoing calendar of events and performances.