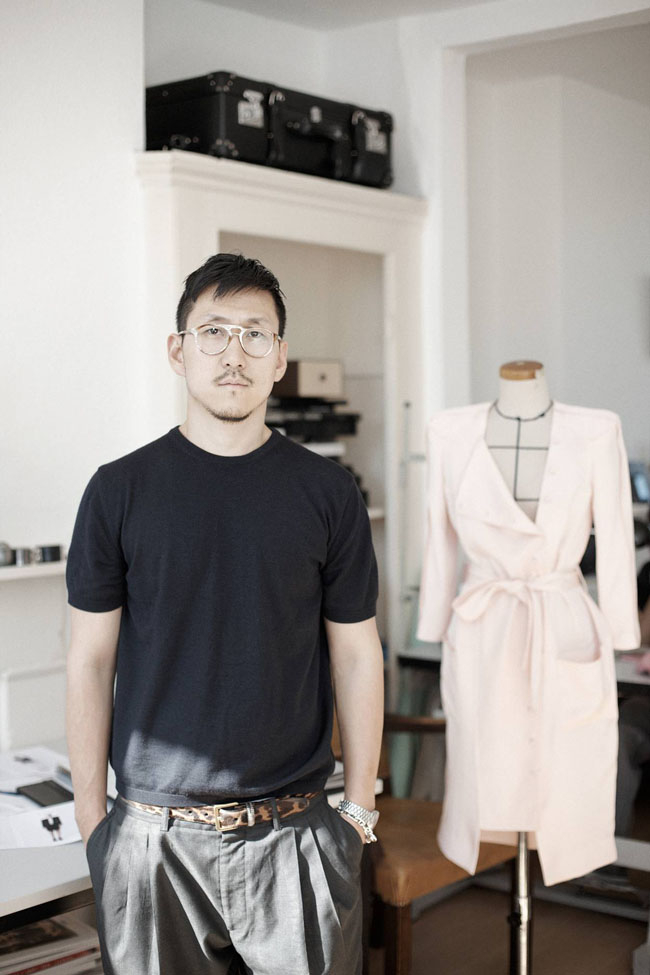 Korean born Eudon Choi is the newest sensation to take centre stage for this years’ September Fashion Showcase, to be held in London. The talented fashion sensation is collaborating with River Island for the creation of his first high street store line, to be featured on the seventeenth of – you guessed it! – September. Decorated and admired, Choi possesses an incredible ability to use sartorial techniques and masculine cuts to shape the female figure, making his work highly unique and noteworthy.

Tight-lipped and composed, the designer’s tantalizing exhibition is appealing to all admirers and fashion fanatics, with details revealed by River Island leaving breadcrumbs of what to expect come opening night. However, River Island has assured us that Choi’s signature use of butterfly soft leather and clean, streamline pieces are brilliantly entwined with biker detailing, a diverse colour palette and luxe fabrics to preserve his flashy style.

His unique style and use of materials stems from a background in both men and womenswear. Originally trained for menswear in Seoul, Choi moved to London to attend the Royal College of Arts, majoring in womenswear. A year before graduating, Choi was hired as a Senior Designer for All Saints, later becoming the Head Designer at twenty8twelve, only to leave a year later to start his own label in 2009. His rapid succession into fashion spotlight was accompanied by his winning of the Lycra Style Emerging Talent Award at the WGSN Global Fashion Awards in New York in 2011.

Making his début in the London Fashion Week 2012 with his “Terra Nova” collection, Choi’s return to the London catwalk is highly anticipated. The sixteen piece collection, which draws inspiration from the Peter Lindenberg 1991 photo-shoot “Wild At Heart”, will no doubt poses the charm and refinement we have come to expect of Choi.

The Eudon Choi for River Island Design Forum collection will launch via short film at London Fashion Week’s Fashion Film even on the fifteenth of September 2013. The collection goes on sale in selected stores on the twenty-third of September 2013, with prices ranging from  £30 to £250.