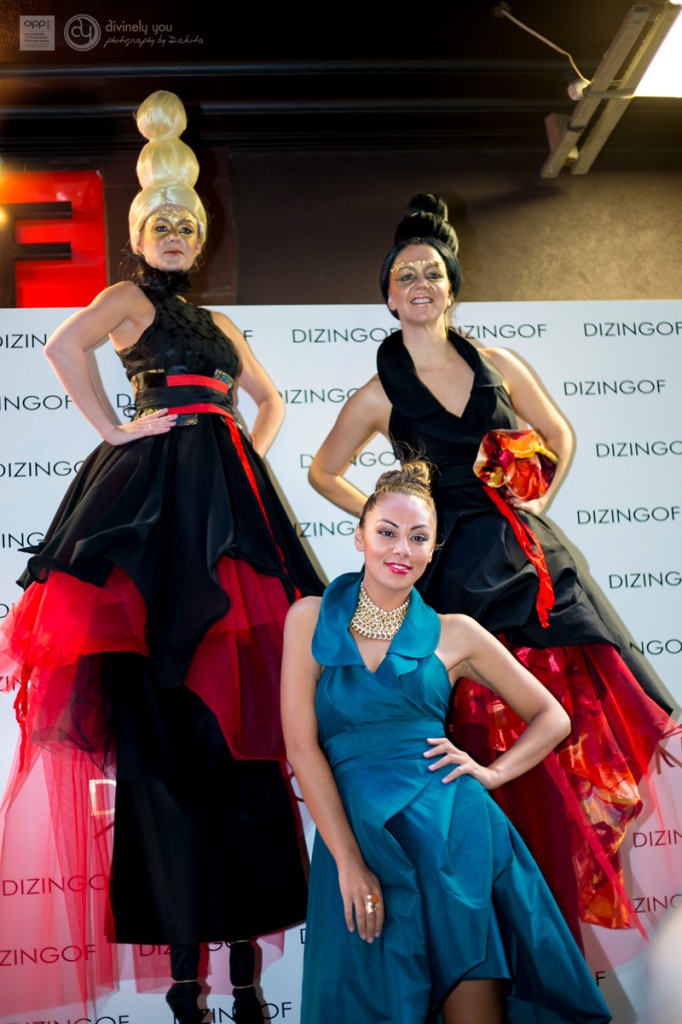 There definitely was a spectacle to see on Flinders Lane last Thursday night, with DIZINGOF officially opening their third Melbourne Store.

Stilt performers dressed in eye catching DIZINGOF pieces welcomed guests and posed in front of flashing cameras alongside celebrities outside the crowd spilling store. Many lane bystanders stopping to check out the commotion as they passed by.

The champagne flowed while tiny pieces of delectable chocolates were served to guests mingling with models, designers and celebrities who were all decked out in DIZINGOF’s latest collection.

DIZINGOF designs are limited and exclusive, with only a small run in each style made locally in Melbourne. Combining style and architectural city environments, the fashion forward design house has stood the test of time, with DIZINGOF’s unique and timeless designs having made statements for over a decade.

A leader of avant-garde fashion, DIZINGOF is designed by Haim Bzezinski and has been worn by the likes of Dannii Minogue, Queenie van de Zandt, and Elise Mooney.

Flinders Lane was certainly filled with excitement, energy and entertainment last Thursday night by such an atmospheric store launch.

If you are in town be sure to check out the new store located at 3/289 Flinders Lane, Melbourne.

For more info check our their website at www.dizingof.com.au