Comedian and TV presenter Joel Creasey has joined hands with SKYY Vodka to invite Australians to stand for a toast to #CheerstoEquality.

SKYY Vodka will unveil a first of its kind smart-tech glassware to help Australians #CheerstoEquality and show their support for marriage equality through the simple ‘cheers’ of a glass. The glassware technology is an innovative communication vehicle. The moment the two smart glasses clink together, a photo is automatically taken of the holders saying #CheerstoEquality and a digital signature petitioning support for marriage equality is sent through Twitter using #auspol – with the aim to drive positive change, get the attention of political decision-makers and turn a moment into a movement.

Those who #CheerstoEquality will also have the opportunity to have their photo and digital signature added to a ‘rainbow flag’ of support, which will be raised in Sydney as a symbol of a united show of support for love for all people in Australia.

Recently recognised as one of the most influential people supporting the LGBT+ community in Australia, Joel says this campaign is a chance for the nation to show that marriage is about relationships – not red tape. We caught up with him to ask him a few questions about his involvement in this initiative. 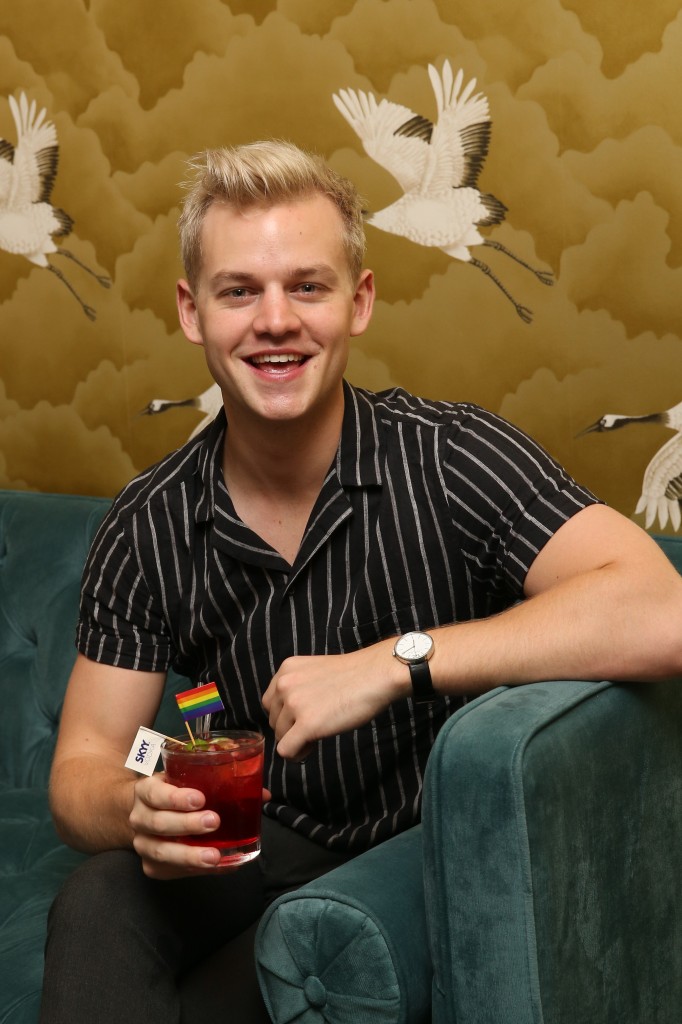 How did you get involved with the Cheers to Equality campaign?

SKYY Vodka approached me early this year to discuss the possibility of being involved in the campaign due to my involvement in the LBGT+ community. Vodka and marriage equality are two things I’m very passionate about so it was a no brainer really. I am incredibly excited to be part of this campaign and it’s great to see Aussies come together to support a cause so close to my heart.

You’re a well-known comedian here in Australia and a well-known advocate of LGBTI rights. Apart from this campaign, how are you using your position to help spread the message of marriage equality?

This changes on a daily basis. But I am very much inspired by Joan Rivers. She was a trailblazer and a pioneer and a true ally of the LGBT+ community.
You hosted the Mardi Gras recently! What was it like?

It was undoubtedly one of the greatest experiences of my life. To be there in the middle of Taylor Square amongst all the action was incredible. And to feel all the love in Sydney. It was quite overwhelming really!

To make every cheers count, SKYY Vodka has partnered with just.equal, with all proceeds going towards making a tangible change in marriage equality rights in Australia. The organisation aims to inspire and engage Australians to respect and support the LGBT+ community and their peers. $1.00 from every SKYY Vodka 700ml and SKYY Fused Premix 4 pack sold between 1 March and 31 March 2017 inclusive will be donated to just.equal to proudly support Marriage Equality