With Bombay Sapphire’s belief that true creativity comes through collaborations with cultural visionaries, their Gin Garden will feature neon blue lighting and white scaffolding, reinterpreting the energy of the 1980s underground social and art scenes, which is where Keith Haring and Jean-Michel Basquiat became known for their work.

Set to be a destination for NGV Friday Nights guests, the Bombay Sapphire Gin Garden will feature a range of classic gin cocktails, along with a hero cocktail which will change monthly, with guests in December enjoying a Blackberry Summer Spritz, while those who visit in January will sip a Tropic of Bombay cocktail. To celebrate the month of love, Bombay Sapphire has created an Amore Spritz, which will be followed by a Blue Heaven Spritz in March. Closing out the Friday Nights series will be a Bombay Beats of Passion cocktail in April. 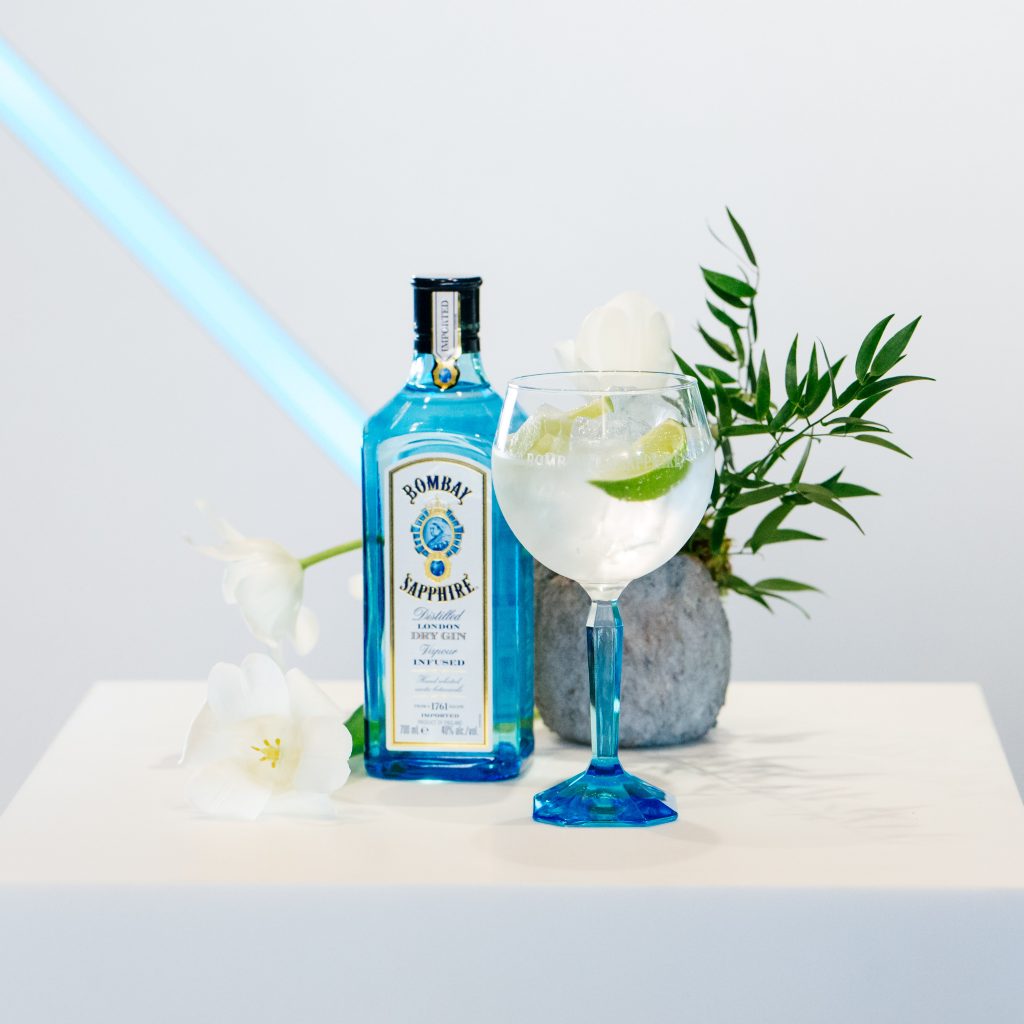 “Our cocktails will change based on the theme of the Friday Nights, with a new drink each month. We’re creating our cocktails using our new Bombay Sapphire Gin & Tonic Ready To Drink, giving guests a modern and refreshing twist on our world-class gin,” said Bombay Sapphire Brand Ambassador Peter Hollands.

A range of DJs will be featured throughout NGV’s Friday Nights, with themes reflecting key music moments from the 1980s including New York Disco, 80s Funk & Jazz and Golden Age Hip Hop. Guests will enjoy tunes from DJs including New York’s Ge-Ology and the UK’s Alex Rita and Errol, along with Melbourne’s own YO! Mafia and Edd Fisher.

The NGV Friday Nights summer series also provides late-night access to the unprecedented, world-exclusive exhibition Keith Haring | Jean-Michel Basquiat: Crossing Lines, presenting works by two of the most significant and influential artists of the late twentieth century. Across more than 200 multi-disciplinary works, the exhibition will offer new and fascinating insights into Haring and Basquiat’s unique visual languages and reveal – for the first time – the many intersections between their lives, practices and ideas.

The Bombay Sapphire Gin Garden is the only place to celebrate summer, art and music with a cocktail in hand. The Gin Garden will be appearing at NGV Friday Nights until Friday 10 April 2020 and tickets can be purchased HERE.