Ellis Faas has become a hot name in cosmetics ever since launching her eponymous beauty empire in 2009. It all begain when Ellis developed a collection of twenty-seven lipsticks which has now expanded to an extensive range of cosmetics for your every need. In these five years later, her brand provides a unique offering to a beauty market inundated with monotony.

Thanks to her varied and ever-evolving career, Faas holds a wealth of creative knowledge. Beginning her career as a fashion photographer, Faas made the incidental transition to make up artistry after developing a love for the unique craft (she would apply make-up on the models herself). Faas became intrigued by the versatile nature of make up application, enticed by the physical transformation it offered. She relocated to Paris and trained at Christian Chauveau’s Technical School of Artistic Make- Up, then migrated back to her native Netherlands to fuse her two métiers, photography and make-up. Establishing a ‘make-over’ studio, Faas applied make-up and photographed clients. Following stints at MAC Cosmetics, Lancôme and Clinique, Faas developed a skin care line for Biotherm. Upon completion of her contract in 2007, Faas began developing her own make-up line. She was sought after by Mario Testino to work on an editorial for L’Uomo Vogue, and now the pair continues to collaborate creatively. It was through this that she garnered global attention. Today, Faas has worked for an abundance of designers, campaigns and photographers, including Vogue (Australian, Italian, French and UK), Absolut Vodka, Jean Paul Gaultier, Lanvin, Patrick Demarchelier, Karl Largfeld and Inez van Lamsweerde and Vinoodh Matadin. 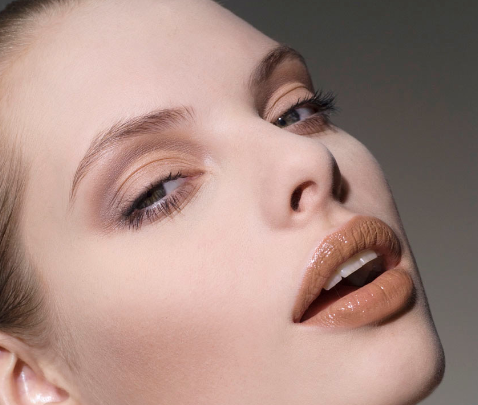 The foundation of Faas’ range lies within the colour palette, availing hues that exist in every human body. Evident through the variety of ethereal and mellow colouring throughout the range, her desire to utilize a colour palette solely derived from human colouring has resulted in a line that flatters any skin tone.

Accompanying the revolutionary colour palette is the innovative packaging; gone are the cumbersome days of lugging around a plethora of tools, as Faas’ line is predominately packaged into dispenser pens. Eye, lip and skin products are all encapsulated within a sharp silver pen. Adhering to the effortless motif, Faas offers a chrome cylinder container, which can hold up to seven pens also accommodating a detachable mirror. Along with the unique colour palette, straightforward packaging and high quality products, a core foundation of the label is their ethical conscience. Ellis Faas products are “only tested on supermodels”, a byword integral to the company. The line is wholly cruelty free; none of their ingredients or finished products are tested on animals, and they are all paraben-free. 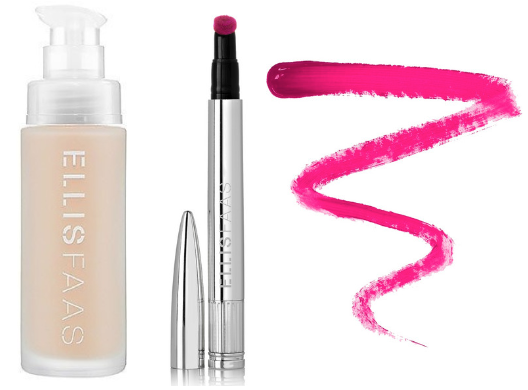 The cult products amongst Faas’ line include the ‘Skin Veil Foundation Bottle’, a liquid moisturising mineral foundation developed in Japan. The foundation contains SPF 15 and glides on seamlessly to help achieve flawless yet natural skin. ‘Eyelights’ is also a stand out, a make-up pen with metallic eyeshadow that can be used on its on or on top of other eyeshadows to create a standout look. This pen comes in colours such as metallic bronze, lilac and green gold, and leaves the illusion of metallic sheen on the eyelids. ‘Milky Lips’ is arguably the brands most enticing product, a subtly stained lip pen complete with emollient oils to soothe the lips. The pen comes with an inbuilt brush for precision and colours include burnt orange, toffee beige and nude brown.

If you are after something striking, ‘Hot Lips’, Faas’ latest product to hit the market, is a pigment heavy, non-greasy lip pen that won’t dry up lips, and comes in colours such as bright orange, bright fuchsia and deep pink. Read more about Hot Lips here.

The Ellis Faas range is available from Mecca Cosmetica in store or online at www.meccacosmetica.com.au