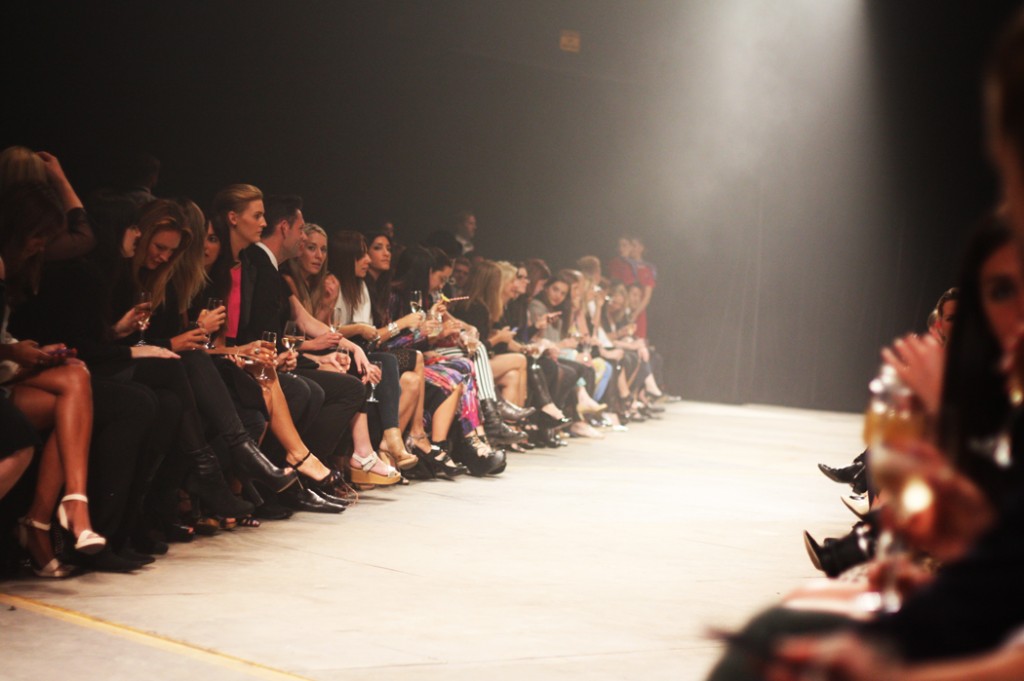 The Virgin Australia Melbourne Fashion Festival  is thrilled to announce Tiffany & Co. as Principal Partner of the nation’s most prestigious and highly regarded award for emerging talent in fashion design.

Now it is 18th year, the Tiffany & Co. National Designer Award recognises designers in their early stages of business, who excel in creative design and quality and who demonstrate potential for growth and development within the industry.

From an increasingly competitive field of entrants, six finalists have been selected to present their latest collections at an exquisite VIP presentation at this year’s Festival. The six finalists for the 2014 Tiffany & Co. National Designer Award are bùl (VIC), CHRISTINA EXIE (VIC), HARYONO SETIADI (NSW), Livia Arena (VIC), PAGEANT (VIC) and STRATEAS.CARLUCCI (VIC).

A judging panel comprising of high profile identities including Festival CEO, Graeme Lewsey, and Managing Director of Tiffany & Co., Glen Schlehuber, Harper’s BAZAAR Editor, Kellie Hush, David Jones Group Executive – Merchandise, Donna Player and the 2013 Award Winner, FROM BRITTEN, will be tasked with the difficult decision of selecting the 2014 winner that will be announced at the upcoming Festival.

Tiffany & Co. will then present a $10,000 cheque and custom designed trophy to the winning designer who will later be flown as their guest to Tiffany & Co. in New York by Virgin Australia where they will receive a private behind the scenes tour of the Tiffany & Co. New York flagship store and design workshop.

Harper’s BAZAAR’s Fashion Director, Thelma McQuillan will style the winner’s lookbook for the following season; they will also receive a pop-up store at Westfield Doncaster for the duration of one month, legal services from K&L Gates and a coveted piece from Tiffany & Co.

A specially curated short documentary will showcase the finalist’s collections and will be screened at the flagship Melbourne store alongside the 2014 trophy.

Graeme Lewsey, Festival CEO, said the award provides valuable support for a designer that will contribute to the Australian fashion and design industry.

“We are thrilled to welcome Tiffany & Co. as the Principal Partner of the country’s most esteemed fashion award and together we can support and foster growth within the design industry at a time when it needs it the most ”, said Lewsey.

Glen Schlehuber, Managing Director of Tiffany & Co. Australia said, “Tiffany & Co. is delighted to present the National Designer Award and to recognise the next generation of talented Australian designers. We are proud of the fact that many of Australia’s most established designers in the market today, have been awarded this prestigious award and are now recognised globally. ”

Past winners of the prestigious award have included designers behind the labels Dion Lee, Toni Maticevski, Christopher Esber, Josh Goot, Yeojin Bae, Romance was Born, Song for the Mute and 2013 winner FROM BRITTEN.

The 2014 Tiffany & Co. National Designer Award will be held at an intimate invitation only event on Tuesday 18th March, 9:00am at Tiffany & Co. Collins St, Melbourne.

The Virgin Australia Melbourne Fashion Festival will take place during the month of March in 2014. The Festival’s curated program of runways, activations, workshops and business events running from 17-23 March 2014, a diverse ‘Cultural Program’ of free and ticketed activities will also run throughout the entire month of March. Tickets are available now through Ticketek or online at the new Festival website VAMFF.com.au.