There’s nothing better than a great tan, and nobody does a better tan than Glow Station. Located in Melbourne’s CBD, Glow Station will leave you with an unbelievably flawless spray tan that is done in only two minutes. 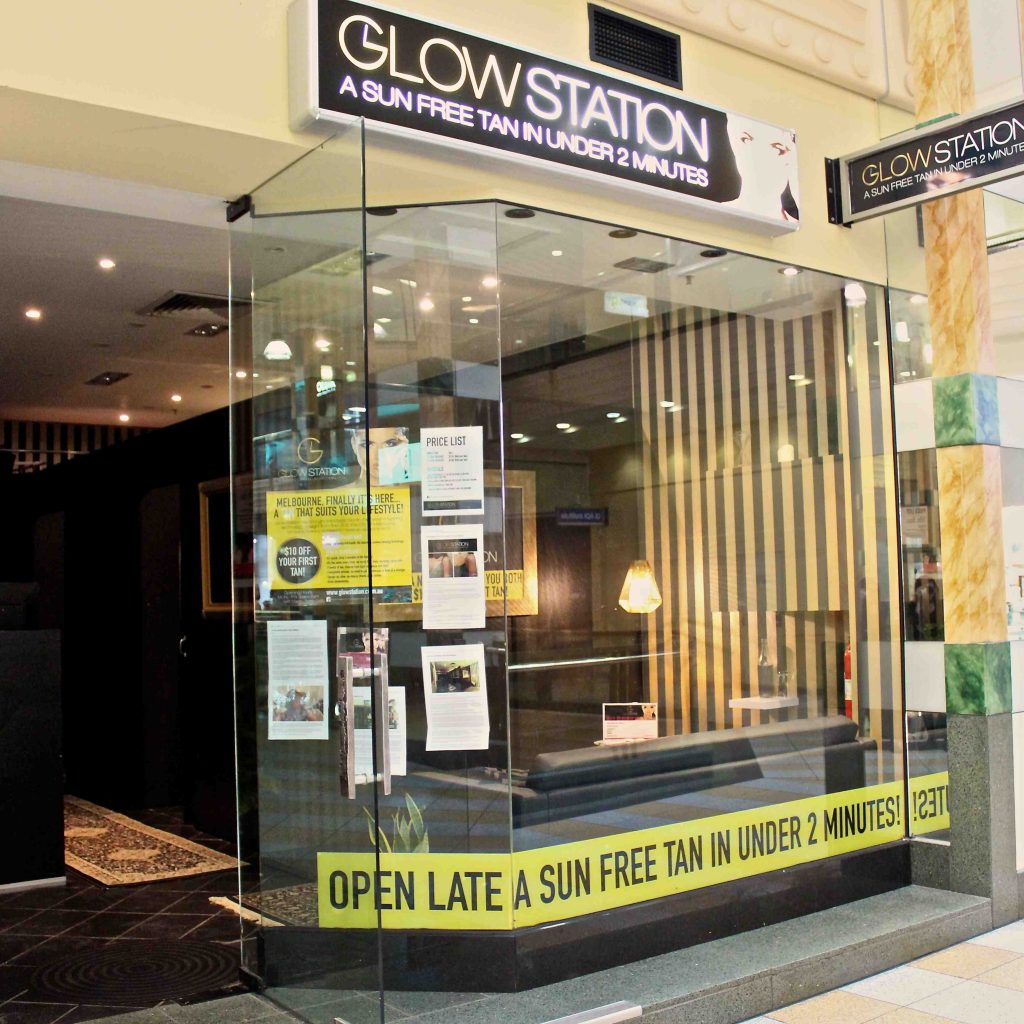 Whilst living in New York, owner Jo Hart revelled in the fast, hassle-free spray tans that the city’s salons had on offer. These spray tans, which use Magnetan application technology, allowed her to enjoy a bronzed glow without the dreaded odours or orange transfer marks that are common to traditional spray tans. Upon returning to Australia, Magnetan was nowhere to be found, and so Jo decided to import the machines herself. In April 2014, Jo opened Glow Station in the heart of Melbourne’s CBD, an ideal location for busy men and women seeking a quick and fuss-free spray tan.

I have personally shied away from spray tans, fearful of winding up as a streaky messes like too many friends, so I was intrigued by Glow Station. A flawless, odourless, two-minute spray tan? It simply sounded too good to be true. 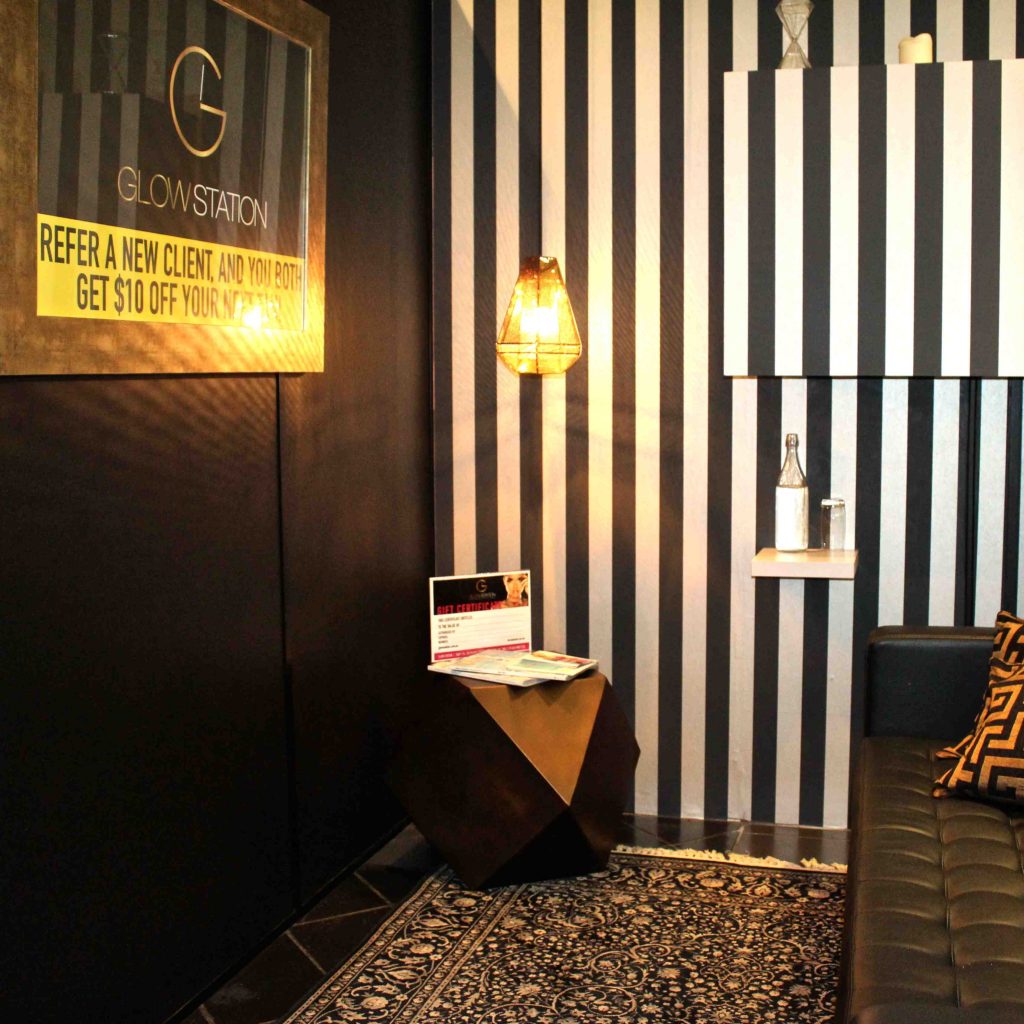 The salon itself is located inside The Paramount Arcade on Melbourne’s Bourke Street. Its dark interior, offset with gold accents, offers an alluring sense of luxury and calm from the bustling street outside. Apart from its ease and convenience, Glow Station‘s tanning is also completely private, as the whole process is done inside an automated tanning booth, taking out the awkwardness of a stranger spray-tanning every corner of your very naked self. The salon boasts only two Magnetan application booths; a true testament to just how efficient this technology is. Given that the tanning takes only two minutes, each client is in and out within 15 minutes, and getting undressed takes longer than the actual tan application.

The tan is available in three shades: Light, Medium. and Dark. The majority of Jo’s clients take Medium, which she also recommended for me. I was led into a small room that was mostly taken up with the Magnetan tanning booth, and Jo left me in complete privacy to complete my tanning session. I had already shaved and exfoliated at home, which is vital for even application and longevity of the tan. A small shelf contained a few instructions and some products: ‘sticky feet’ to prevent excessively tanned feet, a shower cap, and barrier cream to be generously applied to my hands, feet and dry areas such as the knees and elbows. I pushed a button to start the machine and waddled into the tanning booth with my ‘sticky feet’ to get my tan on. 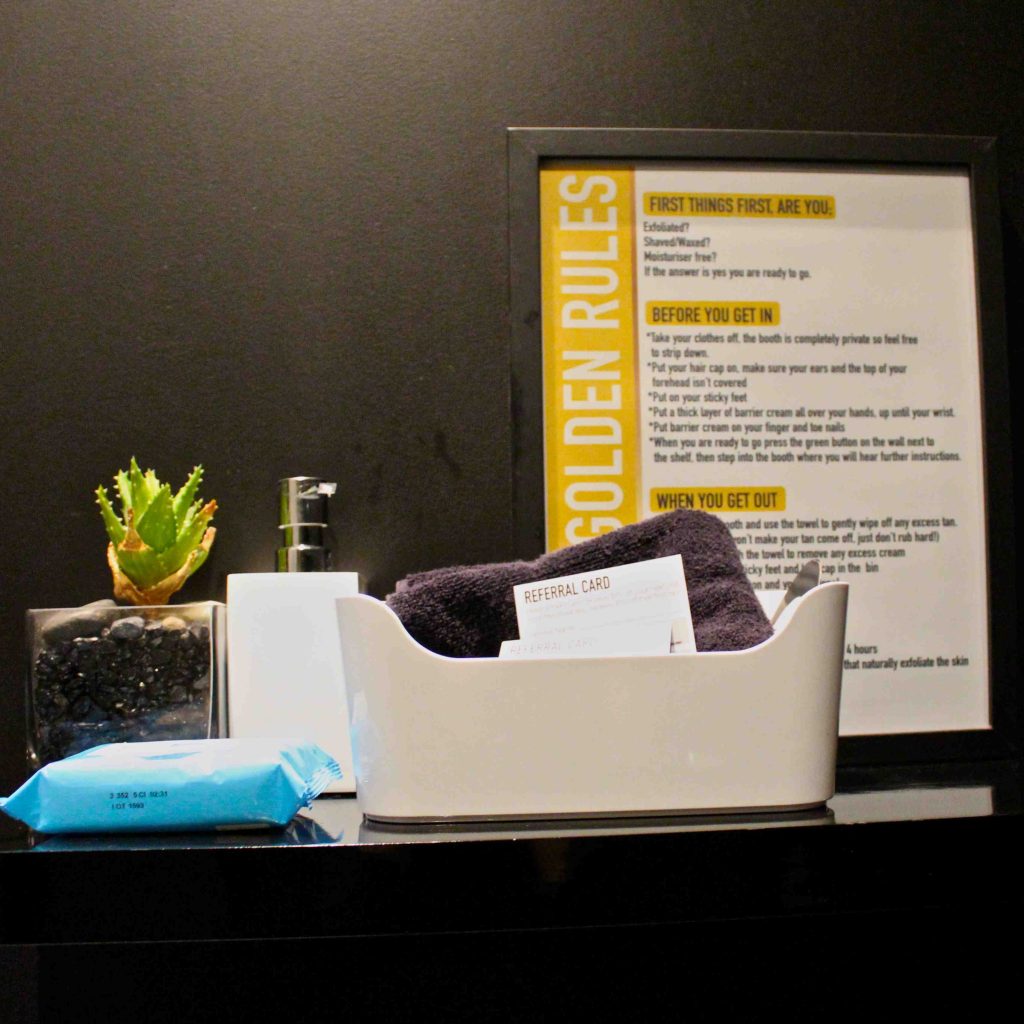 The booth is surprisingly sizeable, with the floor marked with four foot shapes, each numbered from one to four. The calming automatic voice – let’s call her Miss Magnetan – politely instructed me to push another button to start the session. I was then asked to start with my left foot on number 1 and my right on number 2, and off we went with the spray tan, with the automatic spray gun evenly applying the tan from top to bottom. She then asked me to turn right, placing my left foot on number 2 and my right on number 3. This continued until each angle of my body had been coated with the glorious stuff. Because it is so precise, this method is foolproof and ensures an even application of tan every time. 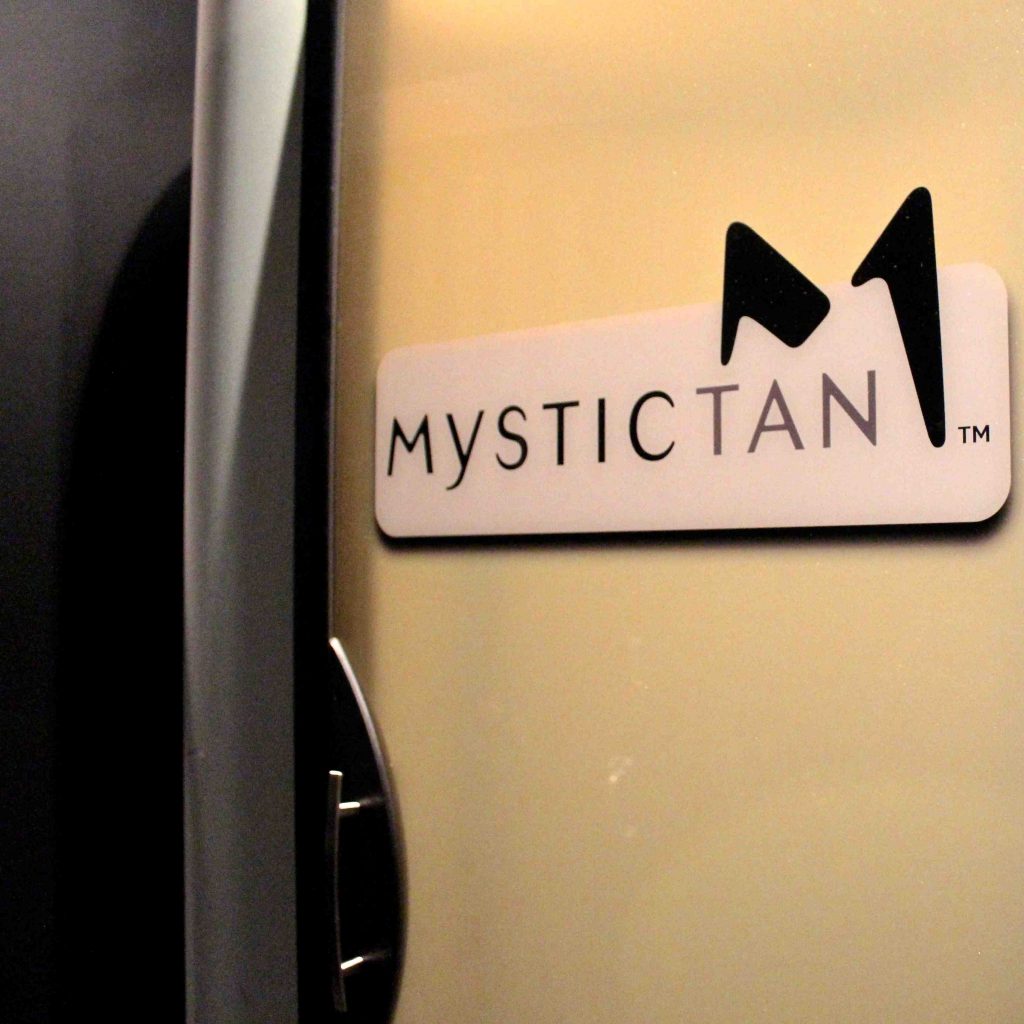 The tan starts developing after 4 hours, and continues to do so for another 12 hours. Unlike the spray tans that we are familiar with, Magnetan doesn’t take out the rest of your day and leave you sitting on piles of towels on the couch, fearful of leaving a trail of orange throughout the house. I popped into Glow Station on my lunch break and headed back to work afterwards without a worry. I was even able to put my stockings and bra back on, which amazingly did not result in any funny marks or streaks. The spray tan lasted a good 10 days, after which it faded evenly across the skin.

Whether it’s for a party, holiday or just a mid-week treat, there is no faster way to make yourself feel like a absolute goddess than with a two-minute visit to Glow Station. Admittedly, I had no significant occasion to flaunt my first incredible Glow Station tan, owing to my looming university exams. But you know what? I was the smuggest, bronzed-up b*tch in the library.

Glow Station charges $45 per session, or $180 for a package of six to be used within a year (equivalent to $30 per session). If you refer a friend, both of you will receive $10 off your next tan.