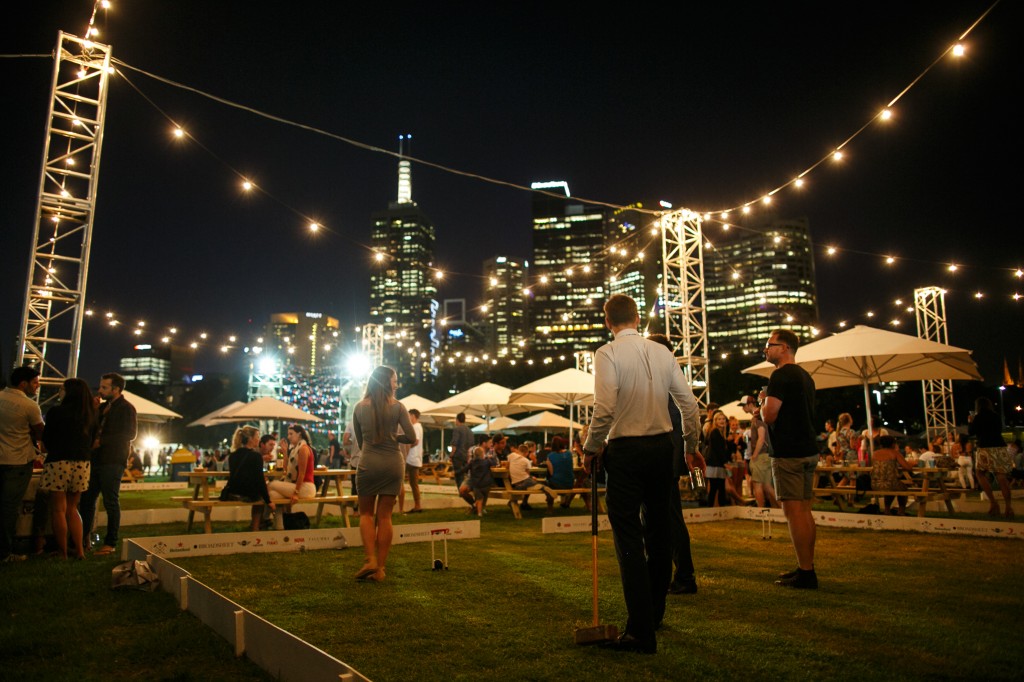 The Royal Croquet Club (RCC) is back this December bringing food, fun and croquet to Melbourne from 10 December until 20 December at Birrarung Marr by the banks of the Yarra!

For anyone who went to the RCC earlier this year, the event was a spectacular combination of music, summertime fun and food. The food was especially fun and different with items such as Messina in a can, Mr Claws lobster rolls, Meatmother’s brisket goodness, Miss Chu’s Asian delicacies, St Ali coffee and DOC’s spin on classic Italian to bring Melbourne foodies delightful treats.

This December, the 10 day Royal Croquet Club food operators are again some of the who’s who of Melbourne. George Columbaris’ Gazi, the iconic Mamasita, Paul Wilson’s triumphant return with Lady Carolina and much loved gelataria Pidapipo.  Other Melbourne food venues joining in the fun include Ruyi, Tokyo Tina and Blue Bonnet BBQ. 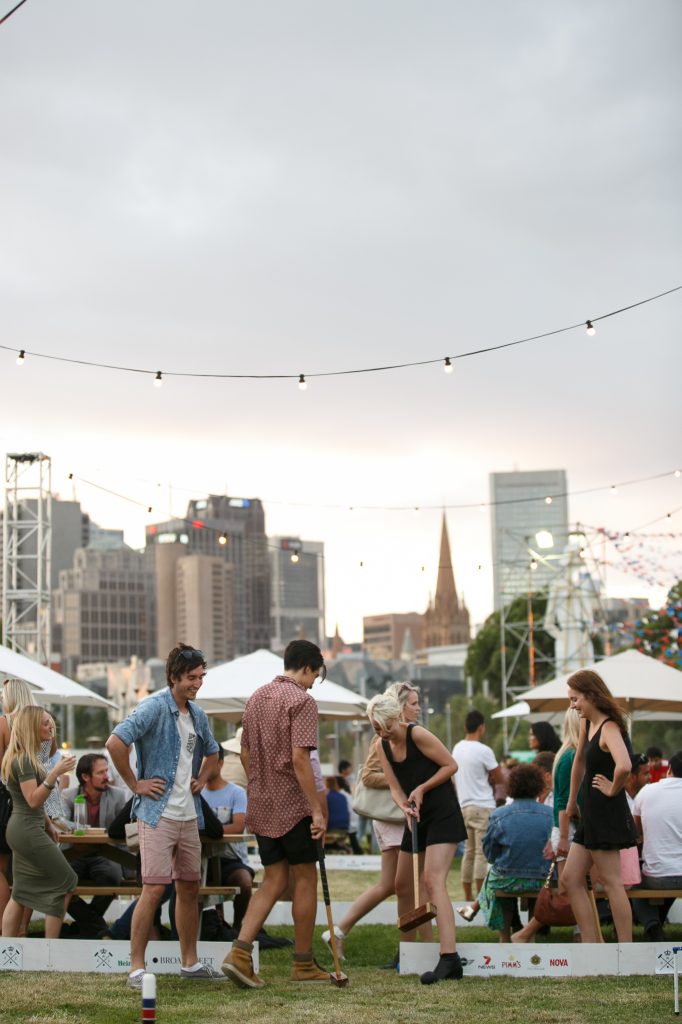 Now in its third consecutive year since launching in Adelaide in 2013, Royal Croquet Club is a playground of music, performing arts, food, unique bars, and most importantly, croquet – making it an all-ages party like no other.

Event Director, Stuart Duckworth said; “We’re encouraging all to come along and lap up the amazing culinary offerings and FREE live entertainment by local, national and international artists, musicians and other performing acts”

“We have serious food operators doing what they do best. There’s no better way to spend your December than by the Yarra having a swing of the mallet and eating some of the best food going round. For the first time in living memory I won’t have to wait in line to get Mamasita!” said Co Director, Grant Smillie

Drawing a crowd of more than 500,000 to the interactive and captivating event last year in Melbourne & Adelaide and recently Brisbane, November early 2015, the Royal Croquet Club has set the benchmark for outdoor experiences in Australia.

The Royal Croquet Club in Melbourne kicks off on Thursday 10 December at Birrarung Marr,