As one of China’s most in demand fashion designers, record breaking creative Ji Cheng has successful carved out a niche for herself with her unique designs which artfully blend tradition Chinese elements with contemporary influences.

Ji has won critical acclaim from her peers and the industry alike since launching her label, La vie by Ji Cheng in 2002. In a classic case of East meets West, Ji’s collections have taken inspiration from Chinese fables and traditional craftswork and cleverly combined them with modern concepts and trends to create a stylish signature. While Ji makes this balancing act look easy, she explains it not as easy as one might think to respect China’s rich heritage while at the same time, make your pieces appealing to the modern consumer.

“I want to express myself with the contemporary Chinese style but still make it fun”, she explains. “When I was living abroad, people would ask me what Chinese fashion is and what’s contemporary style? For me, I want it to be very chic, elegant, not too traditional. Most of the people in China want to use too much Chinese elements but this means their designs aren’t fashionable.” 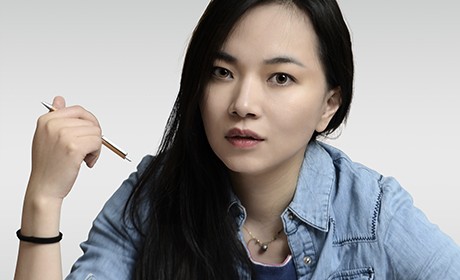 Ji has certainly worked out the formula for balancing the traditional with the modern with her famous “wing jumper”, a new take on the humble classic, selling a record breaking 15,000 units from her online store. “I added wings to the arms…using a couture way to do this”, elaborates Ji on the process she undertook for creating her design. “It’s never been done like this before. Eighty-four different pieces of embroidery are used to create the design. In our studio we had calls and orders coming in everyday. It was a really great experience for us. We got to know what people really liked.”

Ji continues to build her fashion empire in China, with variations of her “winged jumper” continue to sell like hot cakes. She also has upcoming international fashion weeks planned and she also will be starring in an upcoming ad with pop-sensation Taylor Swift, who will be wearing one of Ji’s designs in the commercial.

So what’s the secret to her success? While her designs have managed to uniquely combine traditional elements with modern influences, it’s this real focus on listening to what consumers which sets her apart from other designers. “Before I really enjoyed design something I like”, says Ji. “Most designers do that. They just don’t listen to people. But now I want to listen to the consumer, what they really like. Find out why they like a particular piece so much and create that.”

See the gallery below to see some of our favourite Ji Cheng collections.