Fashion can be a catty industry. In fact, it has been claws out for years. Yet with a litany of designers injecting cheetah prints and tiger stripes into their new season collections, it seems the leopard has no plans to change its spots.

Animal print often meets with a mixed reception, historically synonymous with elegance and wealth, it is also simultaneously linked to sex-appeal and gothic fashion (or a Bettie Page-esque fusion of the two).

Decked head to toe in designs lifted from the biggest cats of the jungle, society’s illustrious “Cougar” loves an animal print. Of course, the Cougar, in this context, applies to independent single women on the “prowl”.

The association between animal prints and “women of the world” is hardly a tenuous one. Surely, leopard print is the hallmark for the Cougar as cupcake-shapes and froths of lace are for Japanese Lolita style – the strength of this association has caused some to demur when it comes to embracing catty prints. Yet with the catwalk suddenly featuring almost as much “cat” as walk, it may be time for a wardrobe rethink, and to heck with dressing for your demographic.

Certainly, leopard print has been sartorially embraced across decades, by icons of class from Marilyn Monroe to Liz Taylor and Audrey Hepburn. In the ‘90s, Naomi Campbell rocked this amazing leopard-print maxi (above), and this advertorial (below) from 1954 shows the way the women of mid-last century rocked their leopard – with inimitable style.

Once convinced that animal prints are timeless classics, a glance at new season trends will consolidate their position as a wardrobe staple. For Fall 2013, Burberry Prorsum embraced leopard boldly, in coats, sleeves, skirts, as well as accessory accents including handbags. 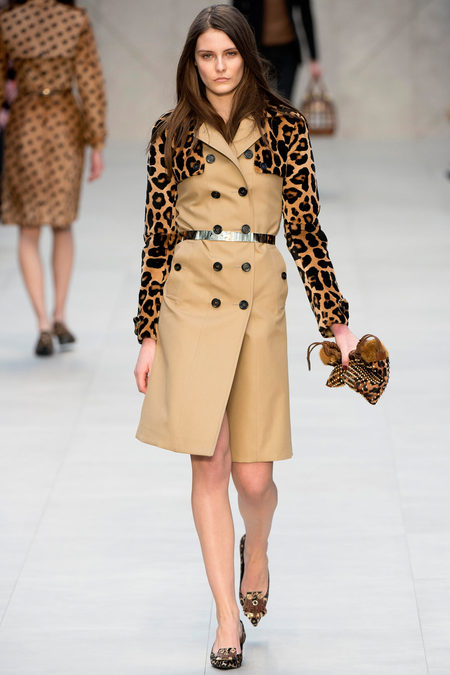 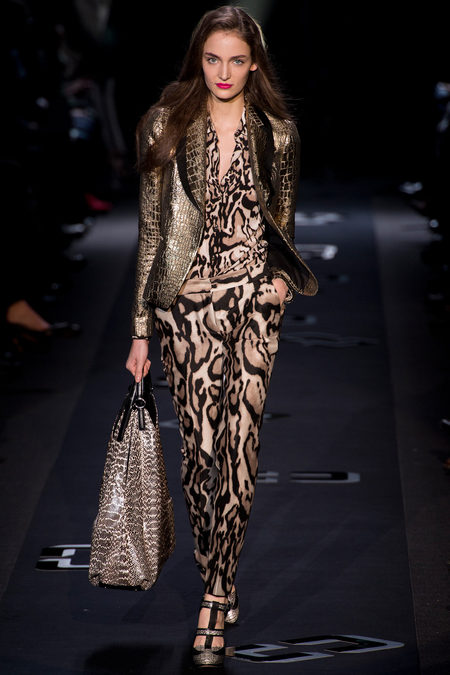 While in the jungle, it’s worth noting that it isn’t only cat prints that are back, a slithering succession of snakeskin and python prints were seen at Gucci, as well as Preen and Salvatore Ferragamo; an injection of reptilian glamour with chilling effect.

Other, less cold-blooded members of the animal kingdom are well represented on the runways this season as well, with zebra stripes and giraffe prints splashed about on pieces from Sacai and Tom Ford to Versace and Burberry Prorsum.

Cats purportedly have nine lives, it seems appropriate then, that this is one print that just won’t die. Whether animal prints conjure images of Tarzan and Jane gallivanting through the jungle, or Bettie Page carousing on the beach (or maybe your mum’s friend at a dinner party) perhaps it’s worth another look. Who knows, maybe you’ll discover anew that it really is the cat’s meow.