Australia is gearing up for a big week at the start of April, where the world’s best chefs will be descending on Melbourne for the World’s 50 Best competition. With some of the most creative and inspiring chefs in town, you will have the chance to learn from some of the best. Michelin star chef Andre Chiang will be hosting a Masterclass and book signing on Sunday, 2nd April 2017 at newly opened Calia Restaurant in Melbourne’s Emporium. 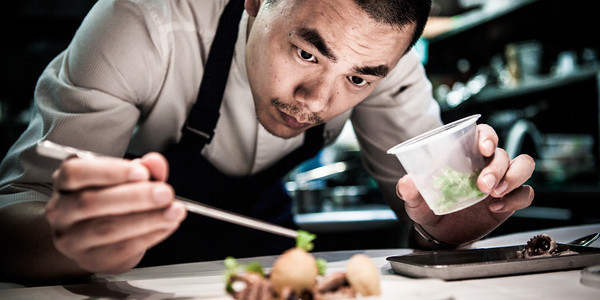 Born in Taiwan, André Chiang started his culinary career at the age of 15, moved to the south of France to be trained under Jacques and Laurent Pourcel at Le Jardin de Sens- Montpellier, where he started his culinary journey. Nine years later, he became head chef of the 3 star Michelin restaurant. At the age of 30, André decided to travel back to Asia and rediscover his Asian roots, bringing his natural-born-talent, profound French techniques and Mediterranean influences to Singapore, and immediately became one of the most influential chefs in Asia.

Andre is known for his “Octaphilosophy” of eight elements in his dishes and is the owner of Restaurant ANDRE, named #2 in Asia’s 50 Best Restaurants award ceremony 2017. Calia are giving you the chance to get up close and personal with this exciting talent through their once in a lifetime masterclass and cooking demo. As well as the cooking demonstration finger food and beverages will be served up and attendees will received a signed copy of his book “Octaphilosophy” which retails for $79.95. The cost of the masterclass is $89. Tickets are limited, head online to buy now.