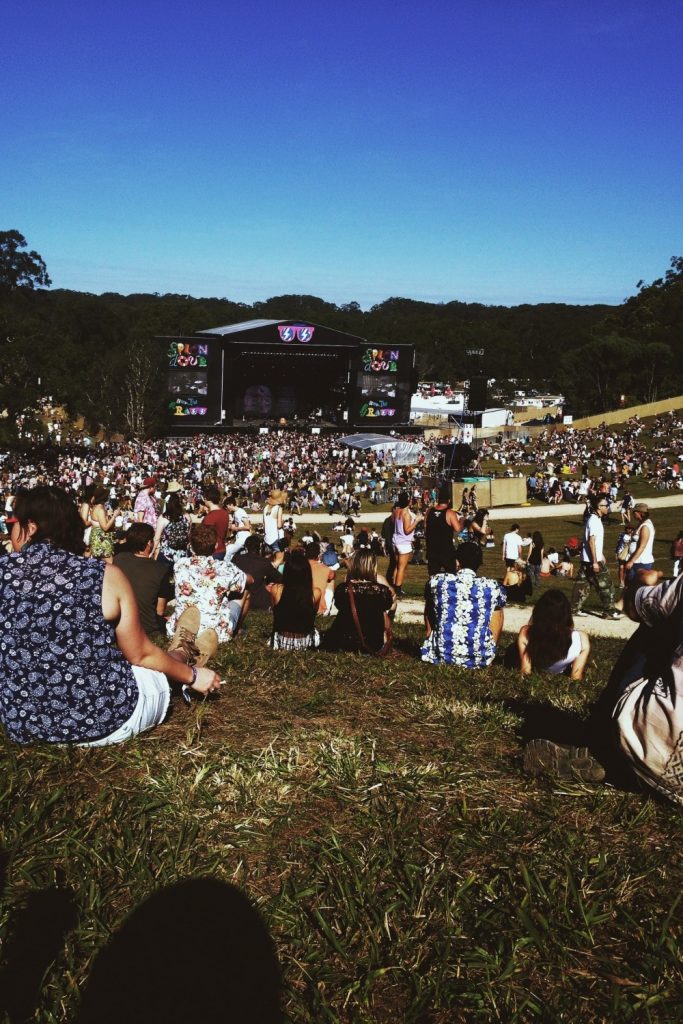 Known as the Australian version of Glastonbury, heading to Byron Bay for Splendour in the Grass was the only option for this festival lovin’ gal.

Escaping the cold of Melbourne, Splendour in the Grass based just outside Byron Bay welcomed the crowds with open arms in a sunny haze of campers and cars on Thursday 27th July. Rocking a large rucksack, tent and wellies (gumboots) we pitched up in a sea of ready made tents and revellers ready to enjoy a truly “splendid” few days.

I was told by my vetron Splendour goers that the site this year was unreal compared to last and having navigated my way around Glastonbury a couple of times I couldn’t disagree. Each area was its own pocket of wonder, from the teepee tents to amish land, a giant Lionel Richie head (from Bestival circa 2013) an array of food trucks and a chai yoga tent.

The main stage was fixed at the bottom of a rather large hill, quite the leg hike, great to watch the return of Outkast on Friday night who slammed every song to a beckoning crowd.  Saturday was all about the bands with a slight headache, wooed by The 1975 before being taken on the retro revival party that is Hot Dub Time Machine. Metronomy brought their subtle keys, before Foals rocked the main stage and Rufus finished the eve with a bang in the mixed up tent.

Easy like Sunday morning and as the few days sleeping in a tent crept upon us, the winter sun continued to beat down and a trip to the Moroccan wine bar perked everyone up for an afternoon with Broods and an extremely humble and sweet Sam Smith. Chvrches never disappoint and the weekend closed with Foster and the People gear up before a final few boogies in the Smirnoff tent.

Splendour of course had to make a fashion statement over the weekend, cue floral headbands, animal onesies, where’s wally and guys in dresses (why do men love doing this). For the more fashion conscious the “Very Small Mall” featured brands such as Dr Martens, a customised Levi’s station and Spell Designs for the boho ladies.

On the Monday, we left just as we arrived, armed with rucksacks in the sunshine, smiles on our faces despite the Splendour blues… ‘til next time.

NB all photos are the author’s own and gallery images from www.splendourinthegrass.com