The juxtaposition of punk’s D.I.Y. ethos against couture’s made-to-measure philosophy appears almost counter-intuitive. In fact, the Costume Institute’s latest exhibition was panned by The Times for being a “sanitized and bloodless version of punk’s origins and influences”. Could the theme of this year’s Met Gala been so wrong – can Couture really descend into Chaos?

Punk extended beyond the deconstructed fabrics, the day-glo hair and distressed hardware. It was a cultural phenomenon based on a feeling, an impulse: anti-establishment and anti-fashion. Indeed there is exquisite irony to be found when celebrities and designers, caricatures of pop culture, celebrate a movement designed by origin to be counter-cultural. In the words of Anna Wintour: “I think New York has been in a complete state of wondering what to wear tonight.” 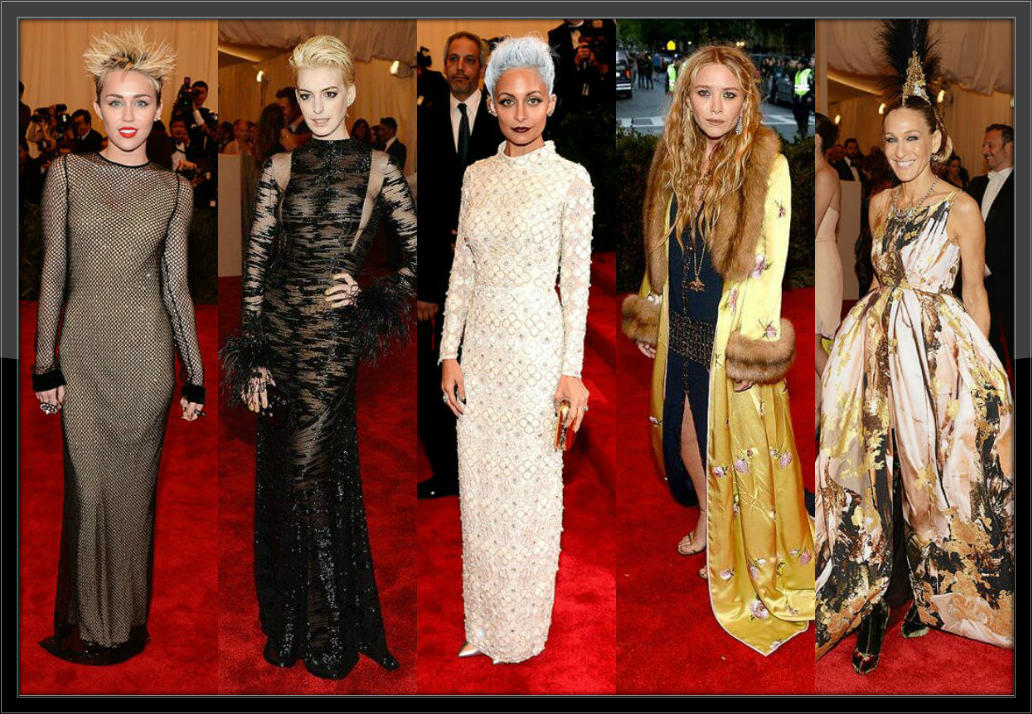 However, their discordant philosophies aside, the fashion world has seen a resurgence of punk and all things ugly-pretty.

The rejection of mainstream culture stemmed from the individual’s disillusionment with society and their leaders. As we experience social, political and economical unrest once prevalent in the 80s, it is no wonder we revert to more radical forms of self-expression.

Punk was characterized by its constant allusions to sadomasochism and anarchy, capitalizing on the shock value of slashed shirts and bondage style accessories. The past few seasons have seen more and more designers reference this visual dialogue.

The latest Saint Laurent campaign features hell-raiser Courtney Love and rocker Marilyn Manson as part of the ‘Saint Laurent Music Project’, which see the artists style themselves as part of the AW’13 campaign. Ever since Hedi Slimane took over the helm at YSL, there has been a shift in the brand’s aesthetic, a return to the days before Mr. Saint Laurent was identified with the thing he detested most – the bourgeoisie.

As the democratization of fashion becomes inevitable – the increasing number of fashion bloggers and social media platforms render runway shows no longer exclusive and collaborations with H&M a rite of passage – its manifesto too, must change lest Couture finally give way to Chaos.