Celebrated Champagne house, Piper-Heidsieck, announced the return of lovable duo Anna Heinrich and Tim Robards to the Piper Crew as it prepares for a second serve at the Australian Open 2020. The match made in champagne heaven was cemented after the audacious pair visited Piper-Heidsieck’s spectacular vineyard and cellars in Reims last month, where the couple enjoyed a tasting led by the guardian of Piper-Heidsieck’s impeccable style, Chef De Cave, Émilien Boutillat.

Piper-Heidsieck General Manager, Benoît Collard, said, “Seduction and audacity have always been a part of our heritage. It was love at first sight when Piper-Heidsieck met Tim and Anna and an obvious choice for us to continue our love story with them.” 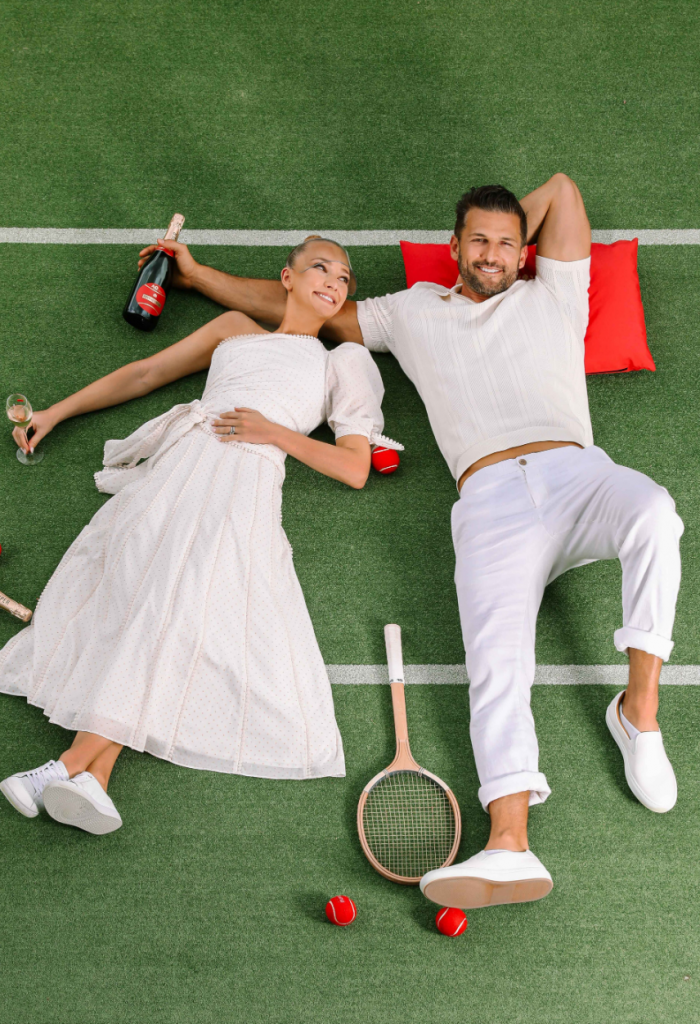 Piper Crew and media personality, Anna Heinrich said, “We love the Australian Open, it’s the best time to be in Melbourne and we’re excited to celebrate our one-year anniversary as Piper Crew with a glass of bubbles at La Maison Piper-Heidsieck on Grand Slam Oval.” Australia’s favourite TV personalities returned to Europe last month, just over a year on from tying the knot in Italy and visited Piper-Heidsieck in Reims where they celebrated Tim’s birthday which also included popping the cork on a vintage 1982 bottle of Piper. On re-partnering with the Official Champagne of the Australian Open, Piper Crew, Tim Robards said, “Champagne for me is about celebrating special moments… Anna surprised me in Paris for my birthday with a bottle of Champagne and a venetian river cruise under the Eiffel Tower. Moments don’t get more special than that. We are very much looking forward to joining Piper-Heidsieck again for the Australian Open 2020,”

Also joining the Piper Crew for the first time will be three-time Grand Slam champion and Piper-Heidsieck Global Ambassador, Stan Wawrinka. Known affectionately to many tennis lovers as ‘Stan the Man’, the partnership with Wawrinka was announced earlier this year following the success of Piper-Heidsieck’s first year as Official Champagne of the Australian Open.

For more information visit piper-heidsieck.com and be sure to check out Piper-Heidsieck throughout the 2020 Australian Open.