Nike are known for their support of women, and the release of their new take on their iconic Air Force 1 is no exception. The next expression of “The 1 Reimagined” sees the next evolution of the Air Force 1 with a new silhouette, custom built for her. Envisioned by a creative collective of female Nike designers, the AF1 Sage Low is a fresh perspective on the Air Force 1.

The designers were given unparalleled freedom to reimagine the Air Force 1 for the female consumer with the only boundary being the self-imposed pull of staying true to the sneakers’ design DNA. 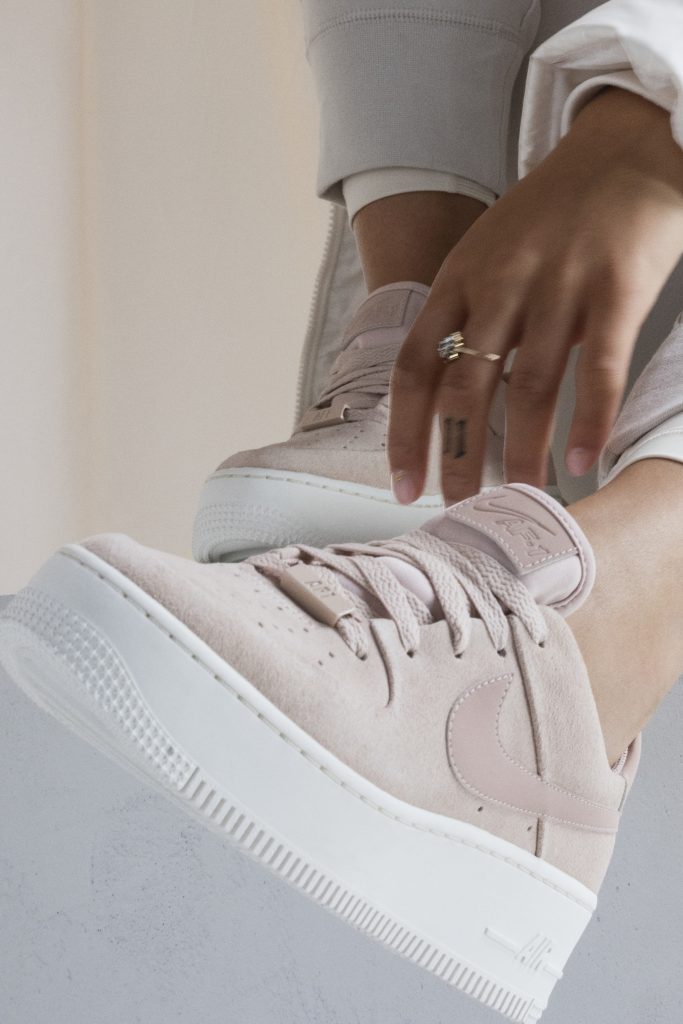 Taking both height and craft to new levels, the AF1 Sage Low is a shoe for women featuring a wedge midsole and a pared-down upper. Traditional overlays have been removed and replaced with rolled edges for a bold yet feminine look. The AF1 Sage Low introduces a 35 percent increased stack height and minimalist take on the shoe’s recognisable seam lines.

You can shop the new AF1’s at Nike now.