With cropped hair becoming more popular by the minute, Hair Director, Kevin Murphy, chose a simple bob for Runway 3 – a clean but clear statement style which complemented the vast range of fashion on show. 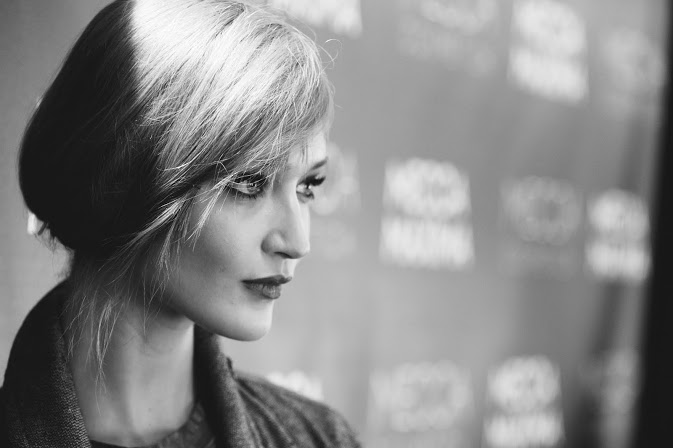 “The short, clean, bob was perfect for this show as it kept the models’ hair off their shoulders, really allowing the clothes and sharp silhouettes to shine and enrich the different themes from each designer,” said Murphy. 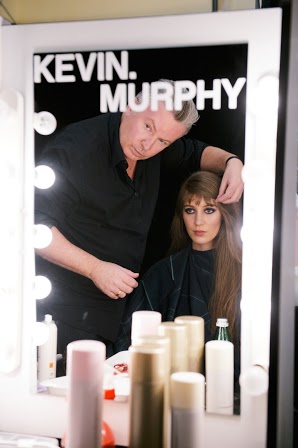 “Adding the cropped fringe with wisps at the sides achieved an undone, unpolished look that was still feminine and playful.”

To create this faux bob look, follow Kevin’s how-to-steps and you too can be looking sharp this spring.

STEP 1:    Prepare the hair with BODY.BUILDER

STEP 2:    Braid the entire underneath of the hair from the middle back of the head, down to the nape

STEP 3:    Sew into a flat, round shape (this will hide the length of the hair)

STEP 4:    Part hair to the side and pull all hair down and back into a low ponytail

STEP 5:    Secure with an elastic band and tuck under to create a ‘bob’ shape 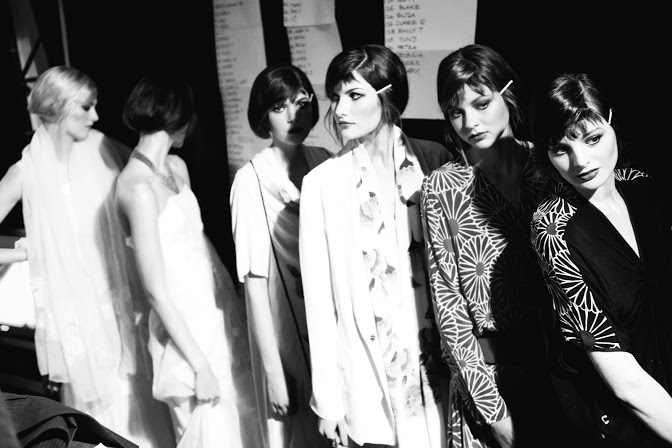 Mecca Make-up director, Kenneth Higgins created this look called, Colour-Flash, to capture a fun flash of colour on the face and nails. The inspiration behind this look was about “capturing the essence of spring with a strong nod to pop colour. Too often the look goes very natural, colour can be strong and not too much in your face.” 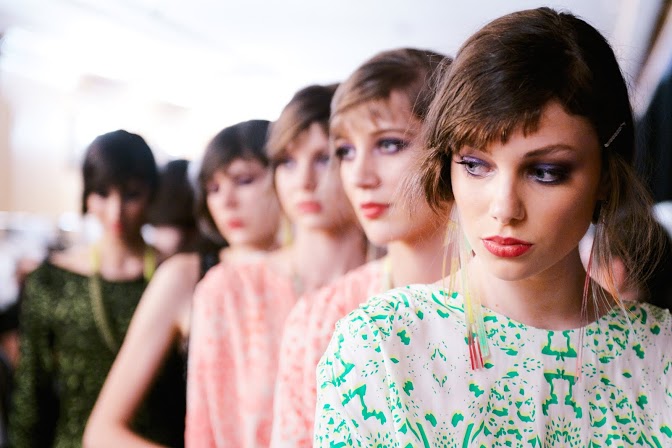 True to his word, models went down the runway with bright lips – a two tone ombre effect on the lips. By Terry Rouge Terrybly in Torrid Rose and Stila Convertible Colour in Gladiola were used, with the former used first in a wash of the lips, and then to create a pout, Stila convertible colour was dabbed in the centre of the bottom lip, allowing it to melt into the other colour. Of this effect, Kenneth said “Iridescent sheer colour is the key to drawing focus to the lip without shouting out loud that you have it on.”

The base was kept clean and flawless using Stila’s Illuminating foundation after applying Hourglass Veil Mineral Primer SPF15. Kenneth then applied a flush of shimmery rose using By Terry Rose de Rose Sheer Liquid Blush in Fresh Rose, to draw out the colour in the lips. 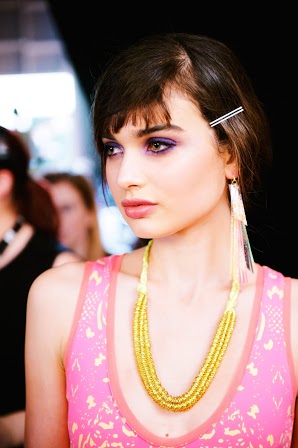 Eyes kept subtle yet sharp with shadow applied to the eye lid following the contour of the eye in an arch shape then press eyeshadow in for a block of colour, buffing the edges to create depth in the eye. Kenneth used Stila Eye Shadow in Eden and Stila Jewel Eyeshadow in Amethyst, and By Terry Kohl Terrybly in Purple Label #5.

For more information on Kevin.Murphy go to www.kevinmurphy.com.au and Mecca go to www.meccacosmetica.com.au