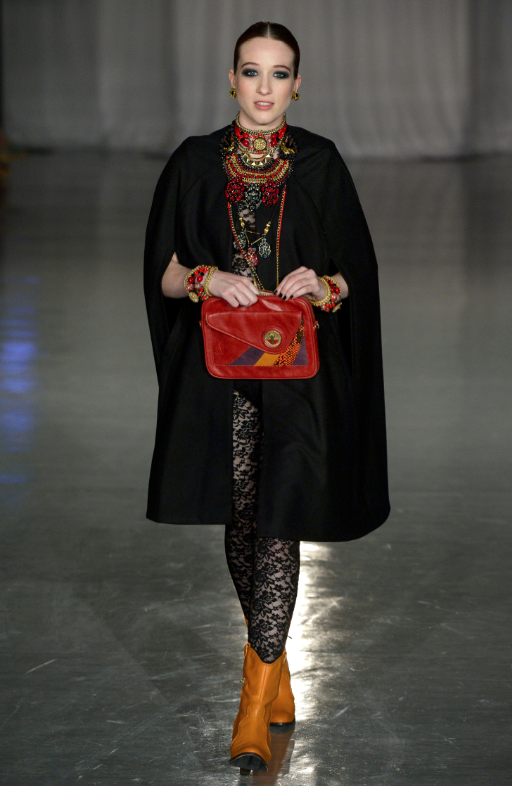 That’s the sentiment behind Mimco’s Paradise Battalion– a vamped-up, ultra-romantic collection with a futuristic, post-military aesthetic.

Part of the L’Oreal Melbourne Fashion Festival runway series, the collection exploded onto the runway on Wednesday night, serving up enough glitz to sate the most trinket-parched soul.

The banquet of beads and bling was set in a distant, beauty-oriented utopia that transcends military-influence and industrialization, gilding the gears of war and applying rose-hued glass to every surface.

Renowned Australian actress and star of The Slap, Sophie Lowe, graced the runway as Mimco’s special guest model, wooing the crowds with her rosy presence. 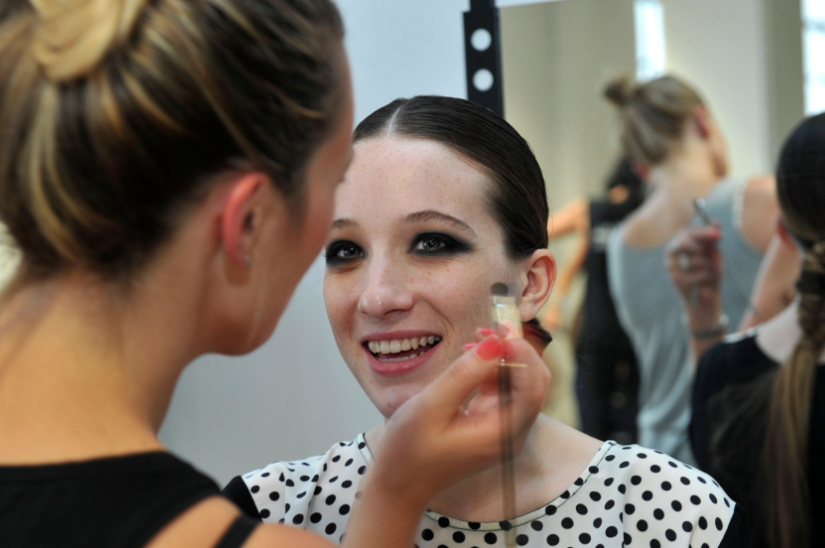 A live performance of Edwin Starr’s “War, What is it Good For” introduced the show, with the songstress in an appropriately military-esque khaki two piece with stunningly beaded epaulettes, setting the scene for the decadent, post-military concept to follow.

Beginning with glitteringly utilitarian styles, chunky rows of beads with hints of neon were complemented by khaki and black lace ensembles. Printed silken scarves and bags criss-crossed like ammunition belts made for an equestrian-meets-army accent, and tribal golden headpieces hinted at fantasy.

Lashings of red appeared next, with scarlet beads dripping suggestively from Sophie Lowe’s neck just as the Yeah Yeah Yeah’s “Heads will Roll” began to play.

From this medieval-senorita aesthetic, the collection moved to a chic safari-disco, featuring neutral animal prints and accents of royal blue and ochre.

Beads were layered and oversized, with tasseled bags and beaded shoulder embellishments, while sheathe-like frocks and shoulder wraps offset the tonal elements of blue and brown hued-stones with silver. 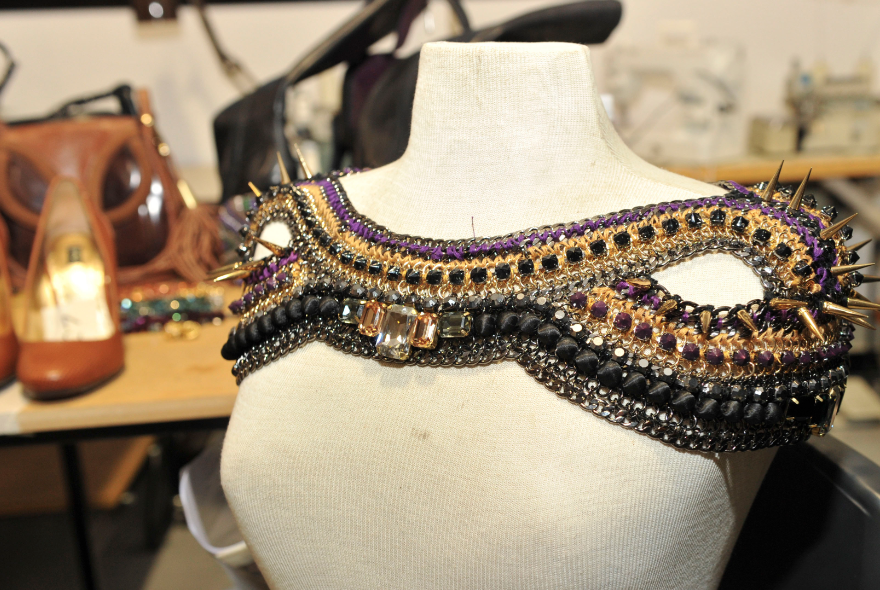 The wattage went up for the final segment of the show, to the sound of Azaelea Banks, as the past collided with the present and made for Gothic-yet-futuristic decadence. Heavily beaded epaulettes and chest-pieces featuring intricate metalwork showed alongside shield necklaces and Princess Leia-style ear-ornaments for a Bladerunner-meets-Star-Wars finale. Black lace and cascading capes served as the foil for metalwork of all kinds taken to a futuristic level that equated with the postmodern utopia of Paradise Battalion.

As the final model down the runway, festooned in beaded finery, Sophie Lowe surprised the photographers’ pit, pulling an iPad from her clutch and snapping a shot or two with a cheeky smile on her face, before sauntering off the runway for the last time.

A blast of red petals burst from canons on the runway to signal the finale, an ephemeral and explosive expression of beauty, which perfectly encapsulated the Paradise Battalion aesthetic. 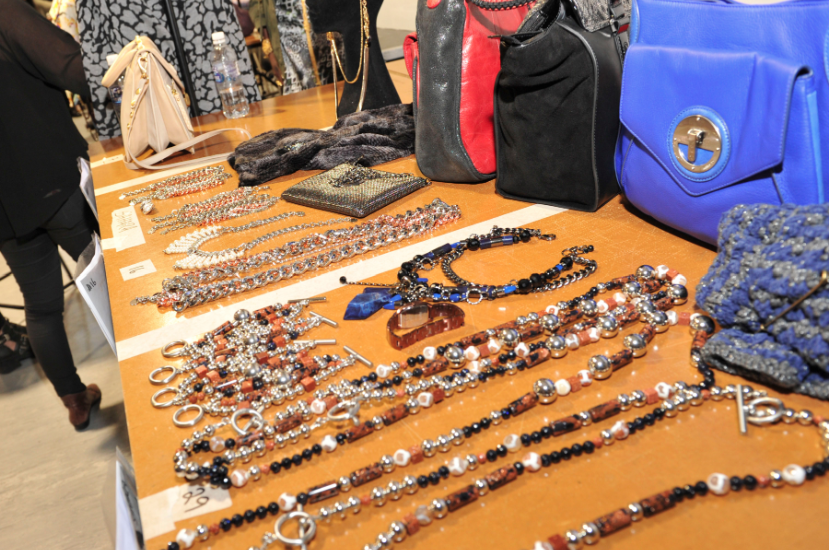 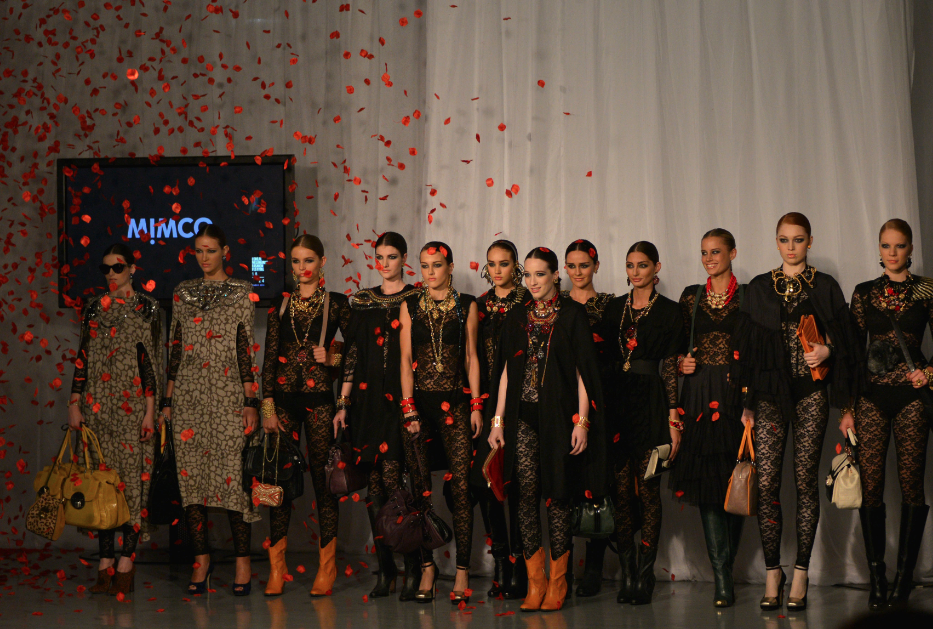