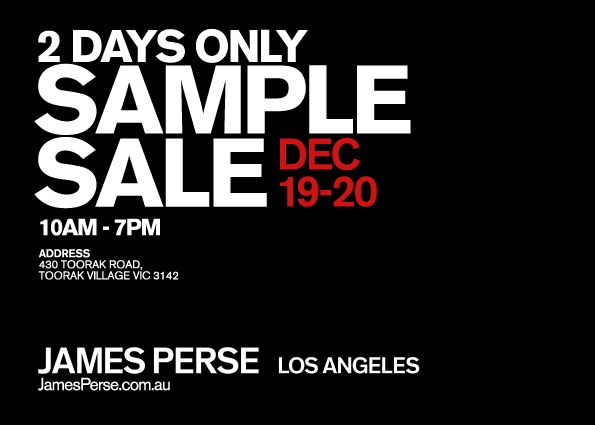 Luxury LA brand, James Perse will hold its annual Australian sample sale in Toorak, Melbourne from Friday 19th to Saturday 20th December offering people the chance to own a piece from the coveted label at exclusively discounted prices.

Internationally sold and worn by the likes of Jennifer Aniston, Katie Holmes and Jake Gyllenhaal, James Perse was founded in 1994 when the designer launched a t-shirt line that rapidly gained loyal fans looking for a seamless blend of luxe and casual.

Originally priced at up to $650, sample sale items will be priced from $30, offering shoppers a saving of 60-80%. Womenswear, menswear, active wear and loungewear including robes and pajamas will all be available to purchase at the pop up sale store.