He’s the man credited with shaking up the food scene in Sydney, so naturally we wanted to catch up with the enigmatic Jake Smyth to find out about his latest projects and what makes him tick.

Congratulations on the launch of your latest food venture, The Unicorn! Can you tell us about what inspired this new food destination and how it fits in with your current offering with Mary’s?

Thanks for the congratulations! The main goal was to not be afraid to embrace our Australian heritage and culture. We have seen far too many great Aussie pubs fold to the pressure of serving food on wooden boards and dousing everything in Old Bay. We love American street food, as I’m sure you can tell, but we also love a schnitty, schooner and sunlight. We wanted a place to eat a schnitty that’s doesn’t have a herb crumb, but also, isn’t taken from the freezer into the fryer.

You sell a staggering 10,000 burgers a week between your two Mary’s outlets. What do you think the secret to your success is?

Our staff. They are amongst the most talented and driven people in the game, and we are so proud to work alongside them. There isn’t a secret to hard work, but these guys bust their hump, for our customers every week, day in, night out.

Your beautiful daughter was born on the same day your first Mary’s outpost opened. How has having her changed your life and the way you approach business?

I learnt pretty quick that having someone who is so dependant, is an incredible motivator to not stuff up. I’m very motivated to not let my natural inclination to laziness overwhelm me, and also to not let my ego go so far as to cloud judgement. As a human, I’ve learnt the value of taking time-out, and I’m learning to breathe and laugh rather than explode at staff who work so tirelessly for us.

Also, I learned that my wife Ali, is a Superhero. 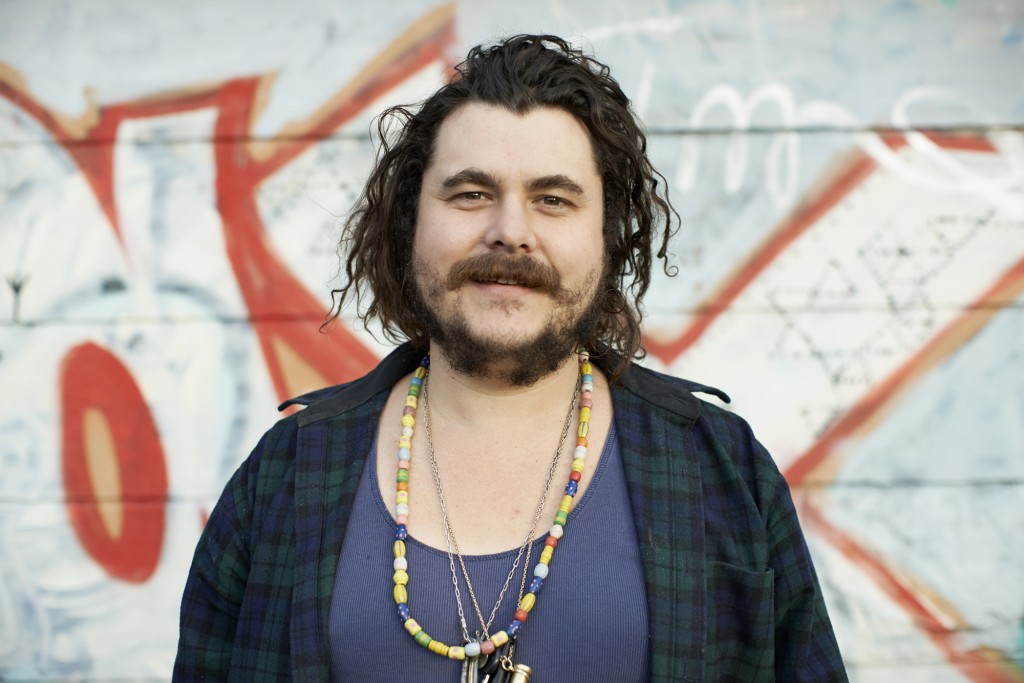 The restaurant industry is constantly changing and involving with new players coming into the market all the time. When you are deciding on a new project, what’s your process when determining what the concept is?

We try to steer clear of the idea of a ‘concept’ or ‘theme’. We have influences and they speak very clearly in our joints, but we also believe that truly great venues don’t tell their whole story in the first 2 weeks of opening.  Its important to create a vibe, but the historical accuracy of the wallpaper or toilet hardware has no hold on us. We want locals to put red wine on the walls with us, rather than age them intentionally. I feel like we have no shame to feel about where we are culturally in Sydney 2015. Why try to re-create Paris 1912, or London 1966? So, while we take queues from our past, we think it’s far more important to create a future for the venues, through our attention to the present. As far as what vibe its going to be, it begins and ends with the actual building. If you can imagine trying to swap “concepts” around and do Mary’s in the Unicorn space, it wouldn’t have worked. Vice Versa. The venue tells us what it lends itself too, we try not to stuff that up.

Running your own business brings up a lot of challenges. What’s the biggest challenge you’ve faced starting your own restaurants and how have you overcome it?

Expansion has been terrifying to be honest. Afraid of over exposure, of letting loyal customers down, of failure in general. Fear is a funny old thing, as it seems to have a very tight relationship to success and failure. Some people are driven by the need to avoid fear, hiding and becoming paralysed by it, other people want to kick it in the teeth. I like to think that I’ve kicked and fought my way through the challenges.

When you’re not eating at Mary’s, where can we find you and what will you be eating?

Home. Eating my daughter Luna’s leftovers. Or at the Unicorn, eating beers…

Work yourself out of a job- Kenny’s dad, George Graham. It’s so simple, so direct. If you can train people to work as well as you, and train them to train the staff under them, and this can be repeated ad nauseam, you got the game pretty licked.*

What exciting things can we expect from you in 2016?

Another Mary’s, perhaps, perhaps a restaurant, perhaps perhaps perhaps… I honestly don’t have a clue. This has never been planned, and we can’t really start now. We will focus on getting the venues better, then when we have all caught up on sleep, we will get the band into the same room and see what’s been bubbling away in our collective conscience.

*NB: This is extremely hard to do. Also, please don’t take my flippancy as sign that I have achieved any of the above.