Courtney Eaton has been named the new face of Bonds Sport! Born in Bunbury, WA, the 20-year-old model turned actress is a fresh face in the showbiz world, yet has already carved a name for herself abroad, following her breakout role in the 2015 Golden Globe-winning action flick ‘Mad Max: Fury Road’. Eaton has also joined the cast of ‘Gods of Egypt’, alongside silver screen staple Gerard Butler. Filmed in Australia, ‘Gods of Egypt’ is set to hit theatres in April 2016.

Bonds is a natural fit for Courtney, whose Dad dressed her in Bonds when she was just a baby, inspiring her to “run around half naked in Bonds” as a toddler. “I wore it through school, and I still wear it now. Now I’ve just transitioned into wearing the sports brand, so it’s taking over my life!”

The activewear range of which Courtney has been named the face of is all about fusing style and performance, combining technical fabrics with street-cool shapes and Bonds signature comfort. “My favourite piece is a two-piece crop top and little shorts with a palm tree print,” says Courtney. “It’s green and it’s really cute. I don’t normally gravitate towards colour, but I love it.” 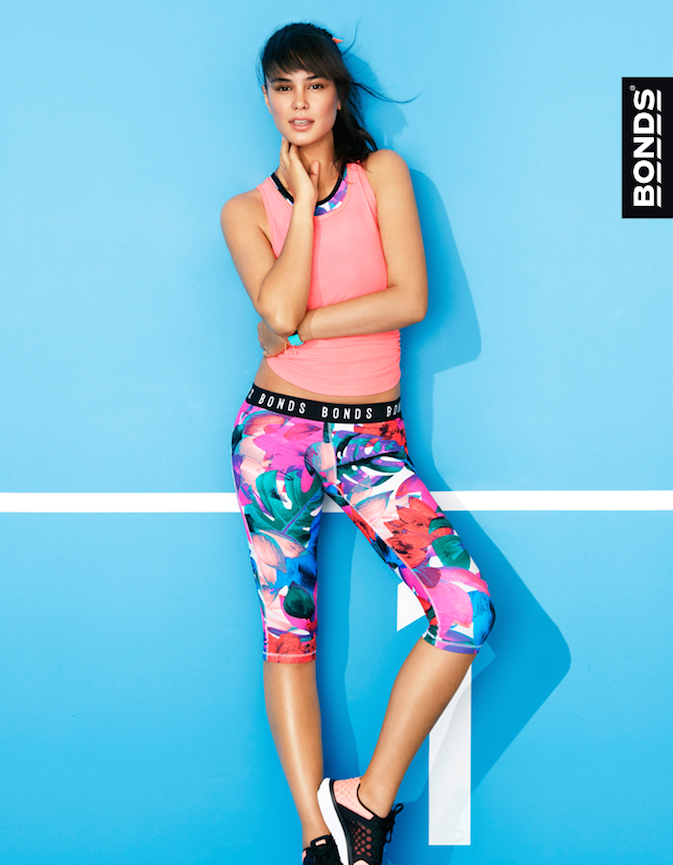 With her long limbs and lithe, toned figure, it would be fair to assume the young actress is a gym junkie. Courtney assures us, however, that her fitness habits are second nature, with more of an emphasis on staying healthy. “You know what? Often people say there’s lots of fitness crazes, [but] I’ve never come across that many,” she says of staying fit in Los Angeles. “Everyone’s doing what everyone else does around the world, people in LA just do it more often because everyone wants to be healthy. It may seem that we’re hardcore, but really it should just be everyone’s life.”

Courtney has fashion houses including Chanel, Dolce & Gabbana and Louis Vuitton clambering to dress her for film premieres across the globe, so how does the stunning actress fuse fashion with Bonds comfort when she’s off the red carpet? “A lot of my clothes are from op-shops,” says Courtney. “I live off Melrose in LA which has some great vintage places, I love pieces that look a bit older and worn-in. For red carpets and events, I love Chanel.” When she’s not dressed by Lagerfeld, however, Courtney is not adverse to the sports luxe trend. “I always do it because it’s so comfy. If you can get away with wearing sports leggings, it feels like you’re wearing trackpants so I just do it for the comfort sense.”