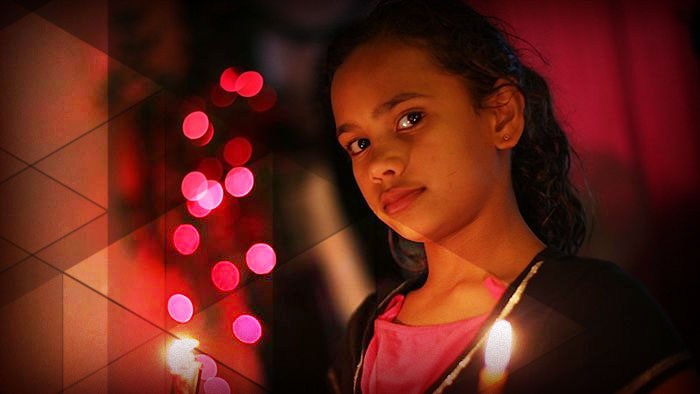 Whether you were a brainy bookworm, a class clown or a solitary schoolyard curiosity, there’s a good chance that if you’re reading this, you were, at some stage, eleven. It is at this tender age that we are faced with a burgeoning knowledge of the world around us; from love to politics, bullies to body image, dreams, racism and everything in between, and it is for this reason that Melbourne filmmaker Genevieve Bailey’s ‘I am Eleven’ has become such a poignant fixture on the global documentary scene. Premiering at MIFF and touring the world over the last two years, the film showcases the honesty and pathos of 25 children from 15 countries – all of whom were the same age at the time of filming, but whose views and experiences are literally worlds apart.

Following a record-breaking double season at Cinema Nova (just one of forty Australian cinemas within which the film was screened) the ‘I am Eleven’ DVD launch at Readings Carlton drew an unprecedented crowd of curious grown-ups, each one soaked in nostalgia of the time “between childhood and adulthood” that leaves all of us simultaneously mesmerized and petrified by the big, wide world.

Upon entering the event, each person was greeted with a permanent marker and a slip of paper that posed the open-ended statement: “When I was eleven.” It was interesting to note that, while some were instantly transported to a more innocent time (with responses ranging from “I wanted to be a boy!” to “I lived on a 17,000 acre farm, and I was just happy”), many guests had a visibly hard time conjuring memories from the cusp of their impending adulthood, and politely declined the opportunity.

Director and Producer Genevieve Bailey, flanked by co-producer Henrik Nordstrom and composer Nick Huggins (of Melbourne label Two Bright Lakes), spoke confidently, describing in vivid detail the factors that shaped the film over several years of shooting. From the strange ways in which she met her “kids” (she deliberately avoided contacting schools, as she believed they’d only volunteer a certain ‘type’ of student), to the obstacles she encountered along the way (including, but not limited to, crashing a Richard Branson breakfast at 7am to secure a flight sponsorship for Bangkok-based participant, Jack), every guest was thoroughly immersed in the personal journey Genevieve and Henrik undertook in the making of what she has affectionately dubbed, their “baby.”

Perhaps the most engaging part of the session, however, was the short Q&A between audience members, and the now-fourteen-and-sixteen-year-olds Jamira (Carlton) and Jack (Melbourne/Bangkok), who both featured prominently in the film. Not surprisingly, a vast majority of questions asked came from the mouths of attending 11-year-olds (their parents inhibited by the idea of public speech), which drove home the inquisitive nature that Genevieve so triumphantly captured in her work.

Genevieve and Henrik have made a concerted effort to keep in touch with as many of the children as possible, and spoke of the ways in which they are following their dreams. Introverted poet, Grace (Czech Republic), is now a nineteen-year-old writing student, ballet fan Oliver (USA) trains 60 hours a week as a professional dancer, and Jamira (in attendance) dreams of becoming an actress; a feat, she says, “has always been supported by my relationship with Genevieve.” Other participants, such as Priya, Ginisha, Vandana, Sree-Kutty, Remya and Jitter from “Our Home” in Kerala (India), have been continually supported by Genevieve and Henrik’s start-up charity, ‘The Darlingheart Foundation,’ during and since the completion of the film.

‘I am Eleven’ is a visceral and nostalgic triumph, drawing praise and positive reviews from critics and attendees around the world. The DVD is packed with extra features and is available for $24.95 at Readings Carlton. It’s the perfect gift for Mothers Day or for anybody whose dreams seemed bigger than even their father’s boots, when they were eleven.

To find out more, or order a copy of the DVD: www.iameleven.com.

To find out what others were up to at age eleven: www.wheniwaseleven.com