House of Holland’s widely anticipated second collection has been released as of March 2013, following the successful eyewear debut in 2012. Henry Holland fails to disappoint with the new collection, staying true to his adventurous and witty signature style.

Shot on location in Long Island by Danielle Levitt and styled by Heathermary Jackson, Henry Holland has once again opted for a music muse in Ioanna Gika from the band Io Echo for his SS13 collection, in tune with the 2012 campaign featuring Iggy Azalea.

The shoot captures the collections quirky personality and unique style, featuring the cool and chic Ioanna decked in House of Holland specs. Surrounded by vintage floral decor, laced with bright colours and eccentric combinations, the campaign compliments the latest House of Holland eyewear collection perfectly. Full of colour and attitude, if you are not already a converted Henry Holland fan, this collection will sure do the trick and you will be waving sayonara to the traditional sunglasses for good. 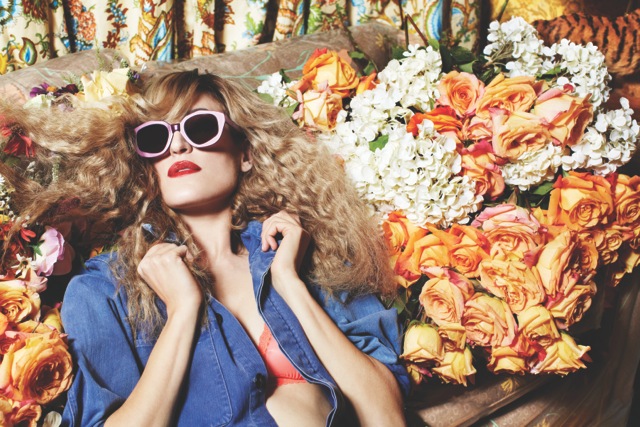 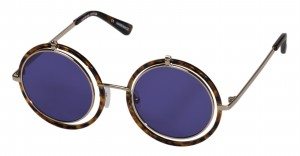 A nod to the 2012 collection, the ‘On a Promise’ style is featured yet again, however updated and accompanied by its own phrase, ‘eye for an eye, tooth for a tooth’. Reworked Cagefighters also make a welcomed appearance, metal mesh frames in black and smoke mono, as well as the Eyelashes style, full of personality and cheek.

Now is the opportunity to secure yourself a pair (or two) of the quirky yet sophisticated shades from the new House of Holland eyewear collection. Out now and not to be missed, the collection is available at leading department stores, sunglass specialty stores and selected fashion boutiques.